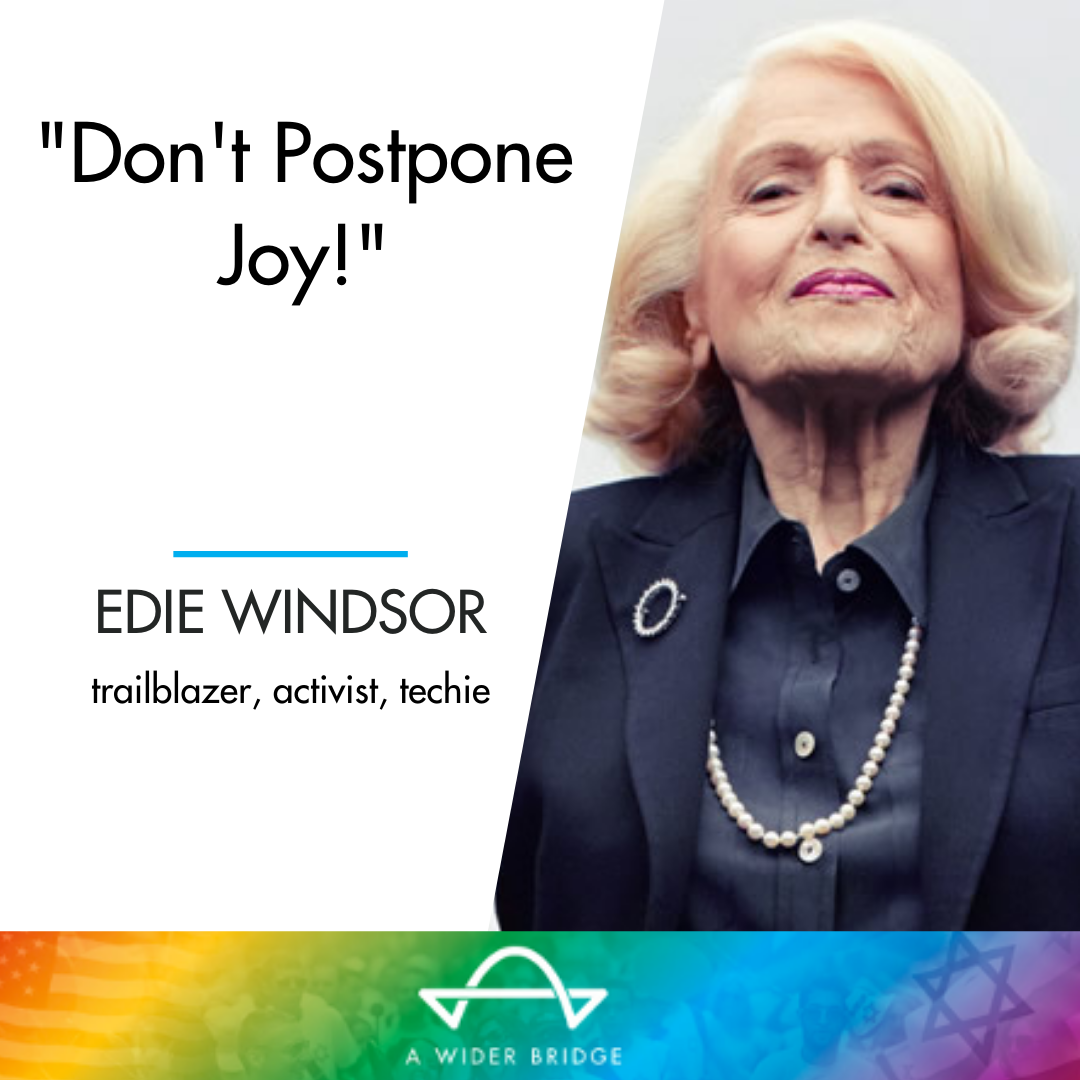 You probably know Edie as the trailblazer who made marriage equality the law of the land. Or maybe you know her iconic glass ceiling breaking work as a coder at IBM! But did you know that Edie was also a proud Jew and stood with AWB in fighting antisemitism and anti-Zionism? 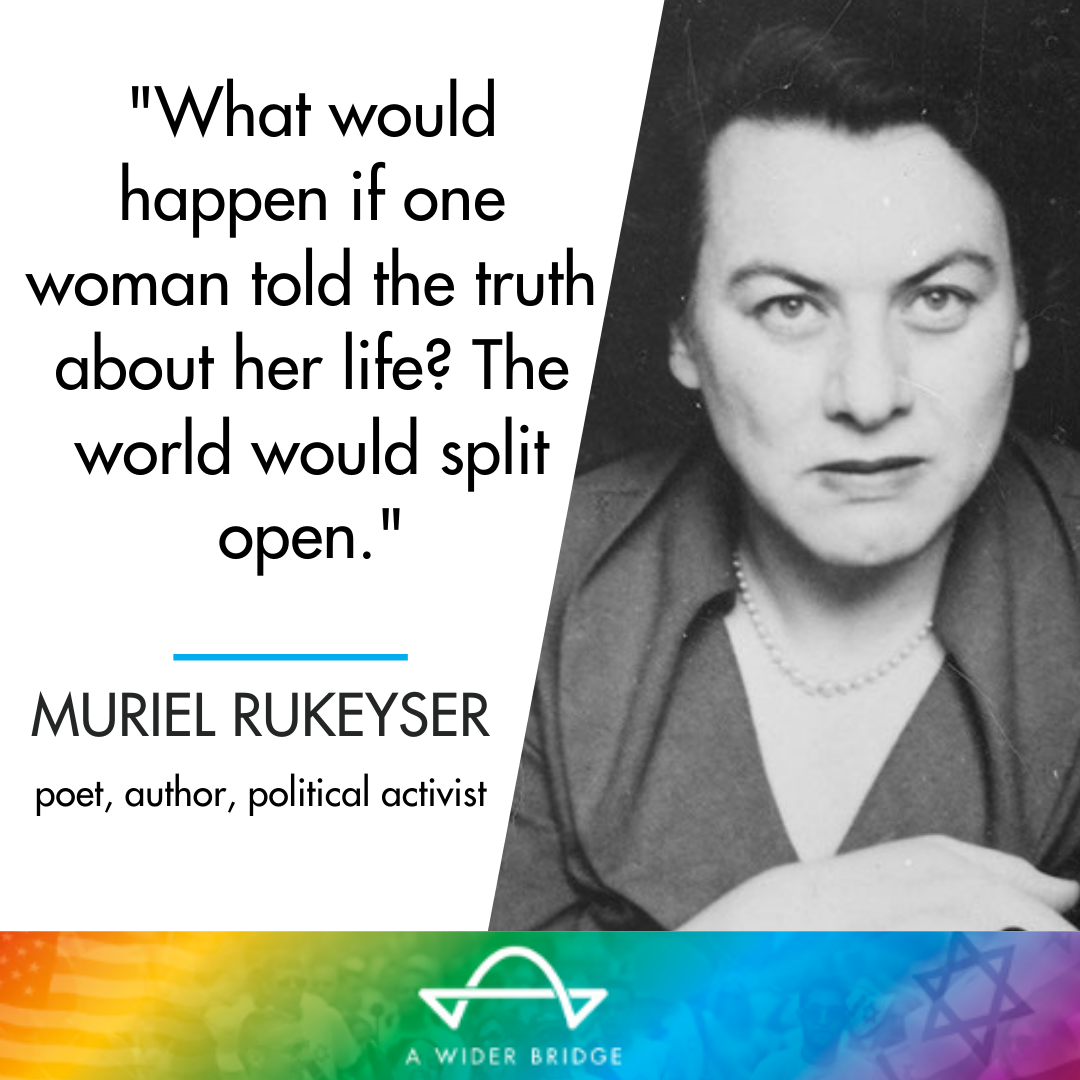 Muriel Rukeyser was a poet, political activist, and author whose work highlighted issues of inequality, social justice, and feminism.  Rukeyser’s work was not only a platform for social protest but also been credited with shaping major innovations within poetry. She has been noted as a mentor to generations of poets including Anne Sexton, Adrienne Rich, Sharn Olds, and others. Rukeyser extensively explored themes of Judaism in her work and her poem, To be a Jew in the Twentieth Century”  was added to prayer books in the Reform and reconstructionist movements. 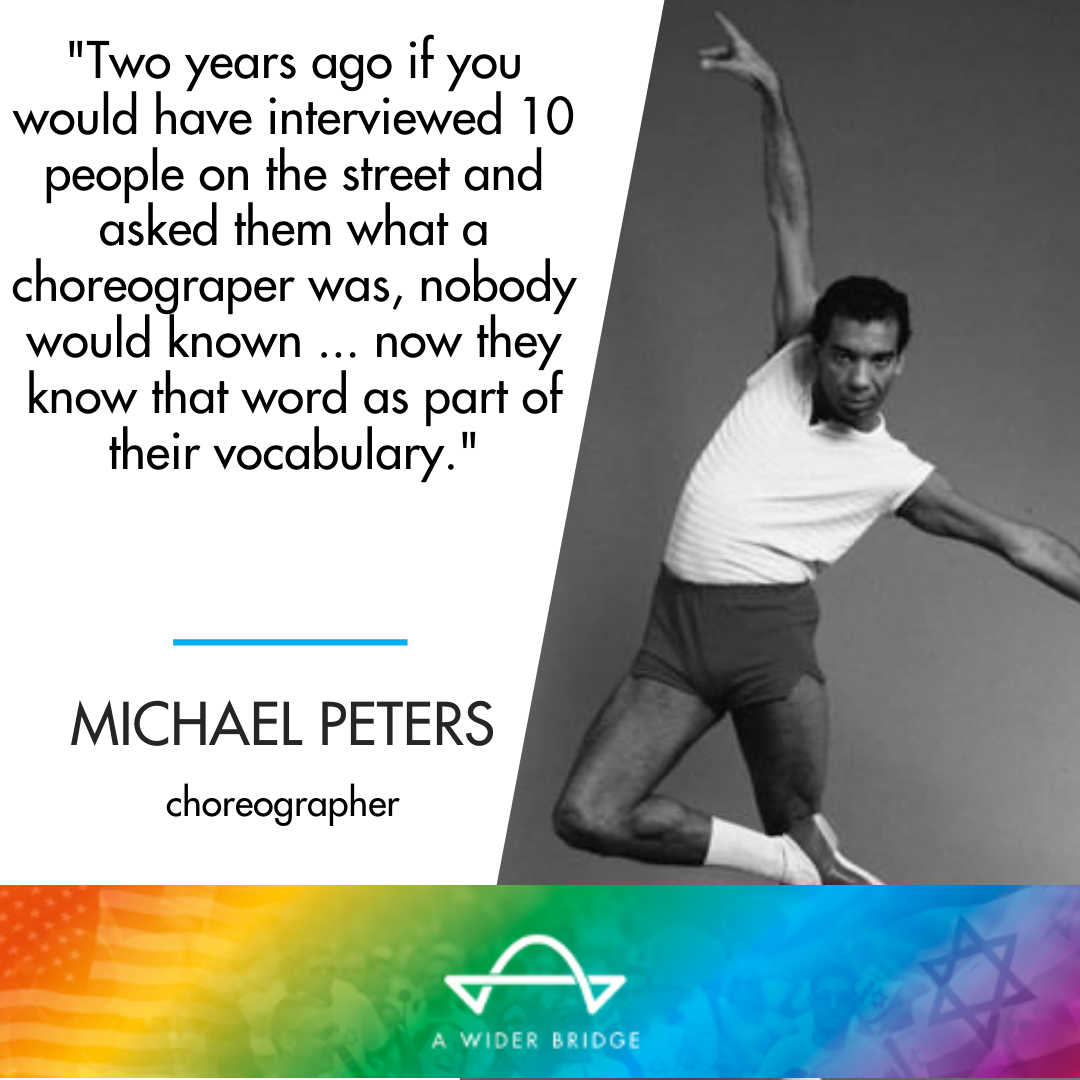 “Babs” was often at the forefront in the fights for trans rights. She was the first trans person to serve on the democractic National Committee and as vice chair of the New Jersey Democratic State Committee. During her time on the committee, she successfully advocated for the party to include gender identity as a category of protected rights.  After her death, Governor Phil Murphy signed the”Babs Siperstein Law,” which simplified the process for changing gender on birth certificates and other government documents. 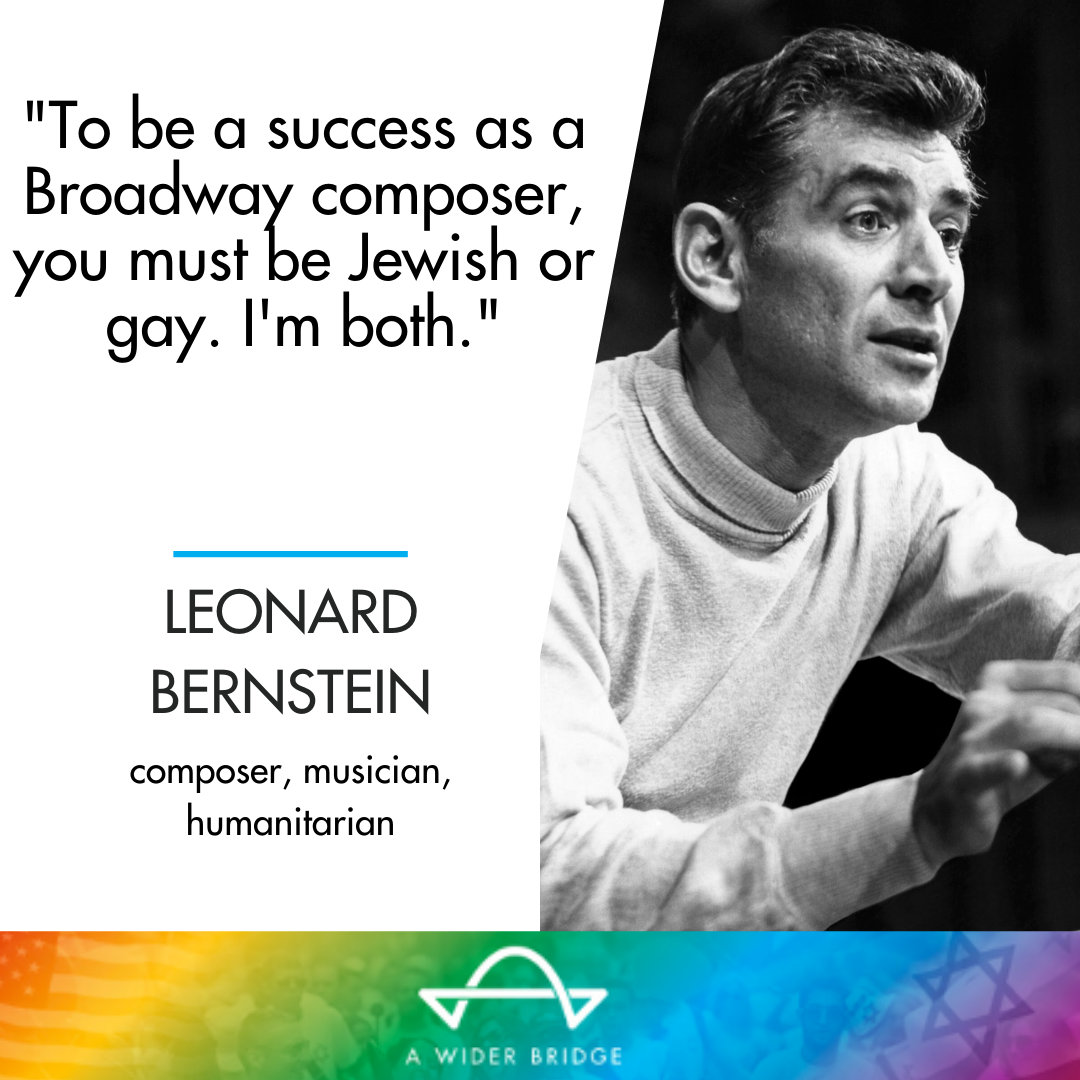 Leonard Bernstein has been a source of inspiration for generations from his music to his humanitarian and civil rights work. He was a conductor of the NY Philharmonic and numerous other orchestras including the Israel Philharmonic. He was the first conductor to share music on televisions for mass audiences. He composed many hits including West Side Story, Peter Pan, and others. He was the recipient of eleven Emmy Awards, one Tony, seventeen Grammys, and a lifetime achievement award. He continues to be a light for us not only through the legacy of his music but also as an LGBTQ, Jewish icon, and supporter of Israel! 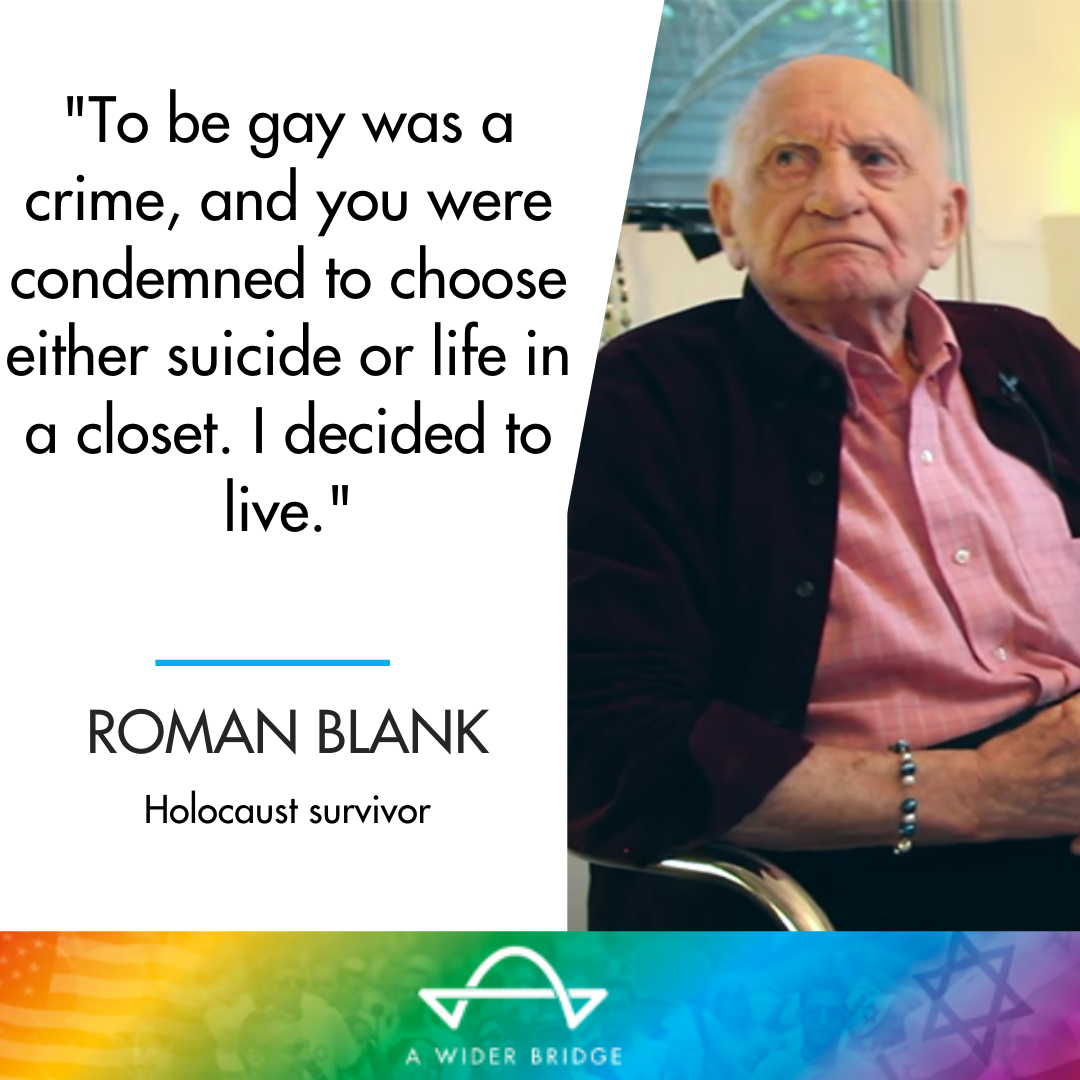 Roman Blank escaped the Holocaust and moved to America, where he and his wife of 67-years had two children and five grandchildren. However, in 2017 he revealed a previously untold chapter of his life, kept secret for 90-years. Speaking in an interview with YouTuber Davey Wavey, Roman, who still has a thick European accent, said: “There were certain things I wanted the world to know… I just told them I was born and was, all my life, gay.” “I told them the whole tragedy of my life and then they understood what happened to me. Can you imagine 90 years to be in the closet?” Check out our full write up of Roman here: https://awiderbridge.org/holocaust-survivor-comes-out-at-96/