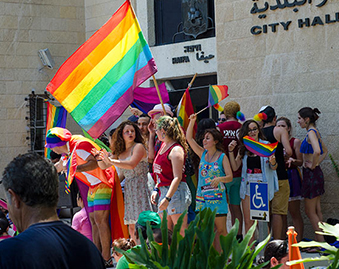 According to the organizers, about two thousand people attended the event, in order to demonstrate visibility in the northern city and to fight for the rights of the community.

MK Nitzan Horowitz attended the event and gave a speech from the top of the stairs of Haifa’s city hall. “I would like to say that it’s not because of us members of the Knesset,that we have come so far and each year advance in LGBT rights,” Horowitz said in his speech. “It’s all because of you, and because of the fact that you come here, and next year we’ll be more, and the year after that we’ll be even more, and together we’ll succeed to make a change, because together we are storng.”

After the event, Horowitz published a post on his Facebook page in which he described his experiences and referred to the remarks of the Minister of Education. “I don’t know Shai Piron’s family. Actually, it’s not that interesting to me. And certainly I will not tell him with whom and how to make a family. But he, somehow, pretends to determine what a family is and who deserves to set it up and get the rights. My family, for example, is not considered by him, “Horowitz wrote.

“If he was just Shai, he could say whatever he wants. But he’s the Minister of Education, and he very well knows that there are thousands of LGBT families in Israel, with thousands of children who go to his kindergartens and schools. Then take a look at these people, Shai Piron, today at Gay Pride in Haifa – we are all one big happy family. ” 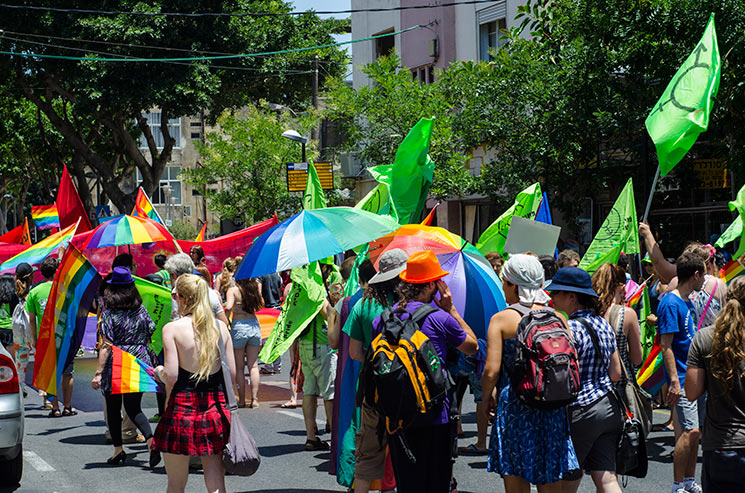 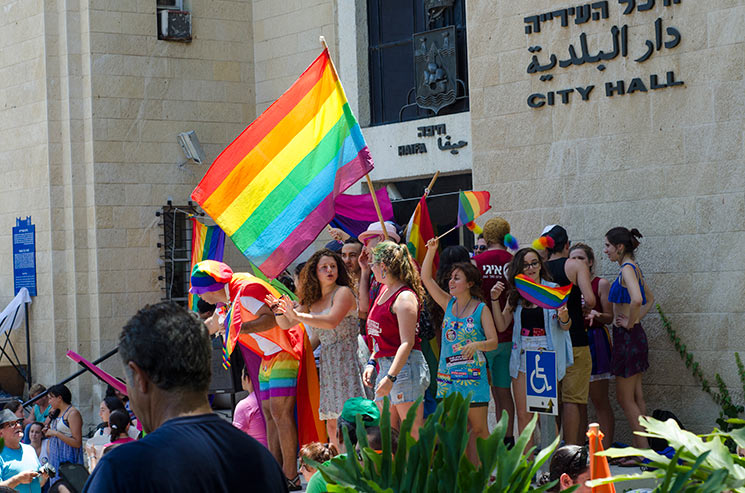 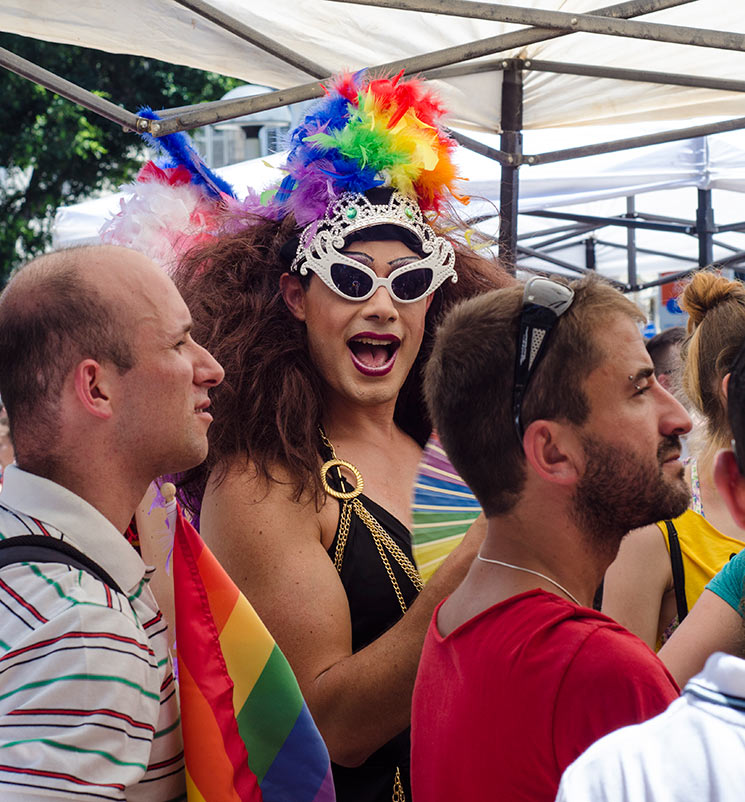 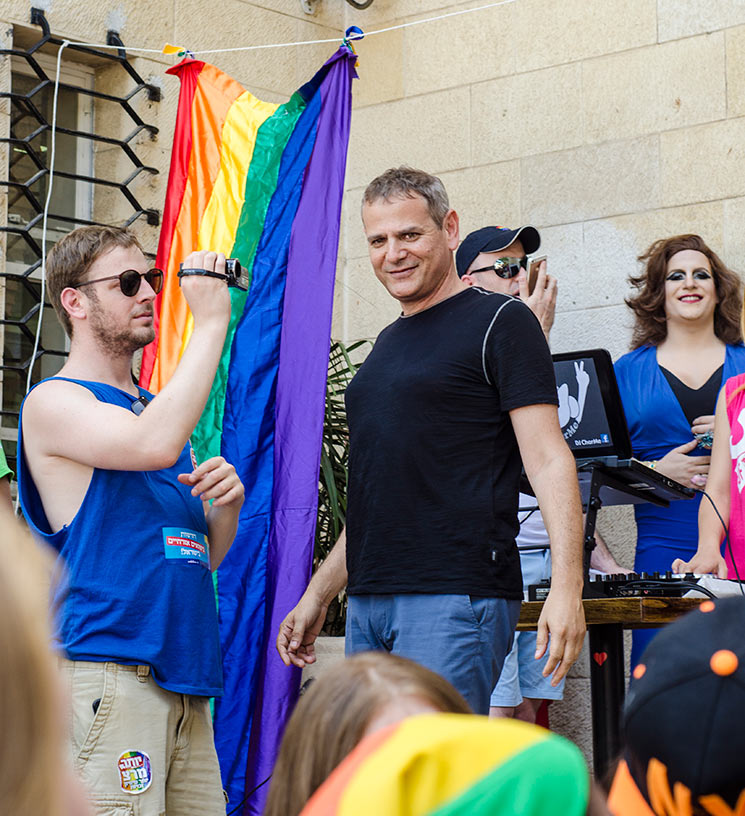 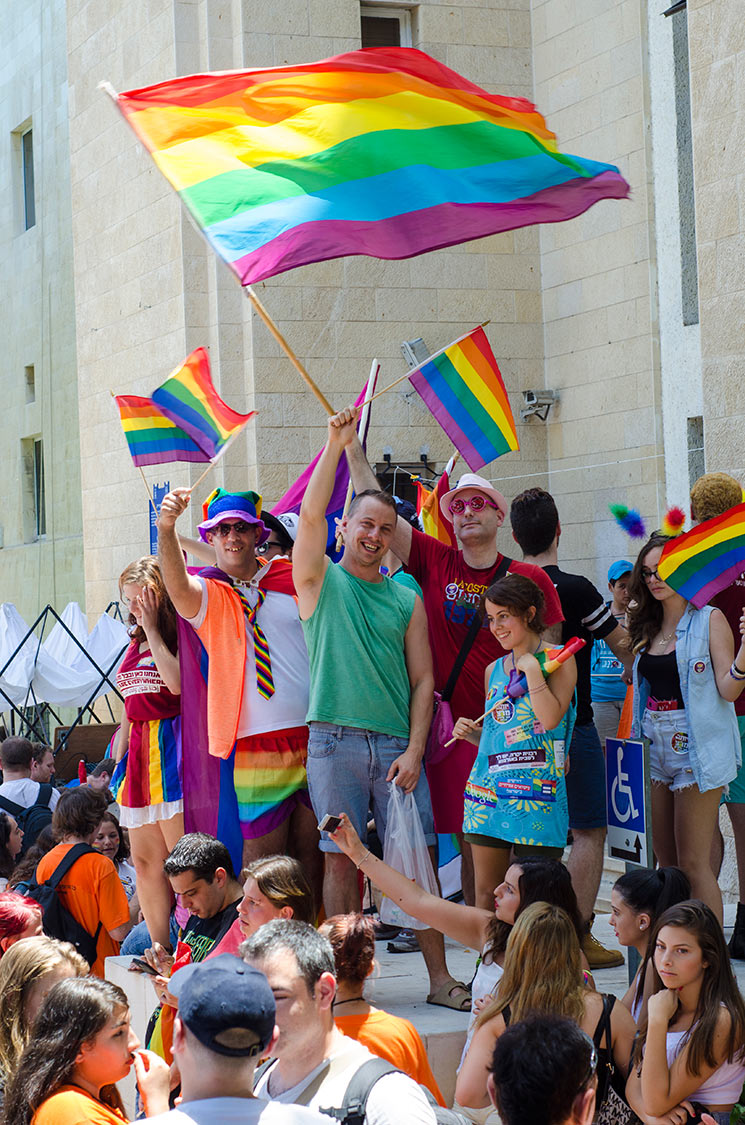