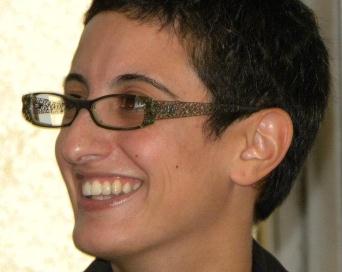 Elinor Sidi, the Executive Director of Jerusalem Open House for Pride and Tolerance (JOH), share the remarkable work of her organization with groups in Los Angeles and the Bay Area.

JOH is the flagship Lesbian Gay Bisexual and Transgender organization in Jerusalem and its only LGBT center. JOH organizes the Jerusalem March for Pride and Tolerance, the largest human rights demonstration in the city, provides numerous support services and social groups for LGBT youth, provides the only free, anonymous, rapid-result HIV/AIDS testing service in the city, and is a place all LGBT Jerusalemites – including gay orthodox Jews, Arabs, and transgender individuals – can go for support, services, and to just be fully themselves.

In their words: “With a constituency as diverse as the city itself, the JOH transcends political, ethnic and religious boundaries to build and unite a community in pursuit of the common goal of tolerance and mutual support.”

Elinor Sidi, Jerusalem Open House Executive Director, has been active in JOH for the past 10 years. Elinor is a feminist activist with a MA in Gender studies from the Bar Ilan University. She specializes in transforming feminist theory into practice. She began her activism with “The Other 10 Percent,” Hebrew University’s LGBTQ student union and was the first woman to become its Chairperson. Elinor is also a friend and ally of the Transgender community and volunteers in Transgender activist groups including the Gila Project, a grassroots independent Transgender project for economic empowerment.