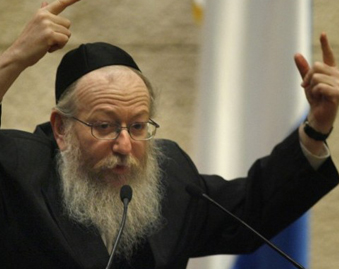 During a discussion in the Knesset about the Health authorities becoming more sensitive towards LGBT people, orthodox religious Health Minister Yaakov Litzman compared the LGBT community to the ‘sinners’ who danced around the Golden Calf in this week’s torah portion. His words, to which he called ‘D’var Torah’ made waves both in the Knesset and on the internet 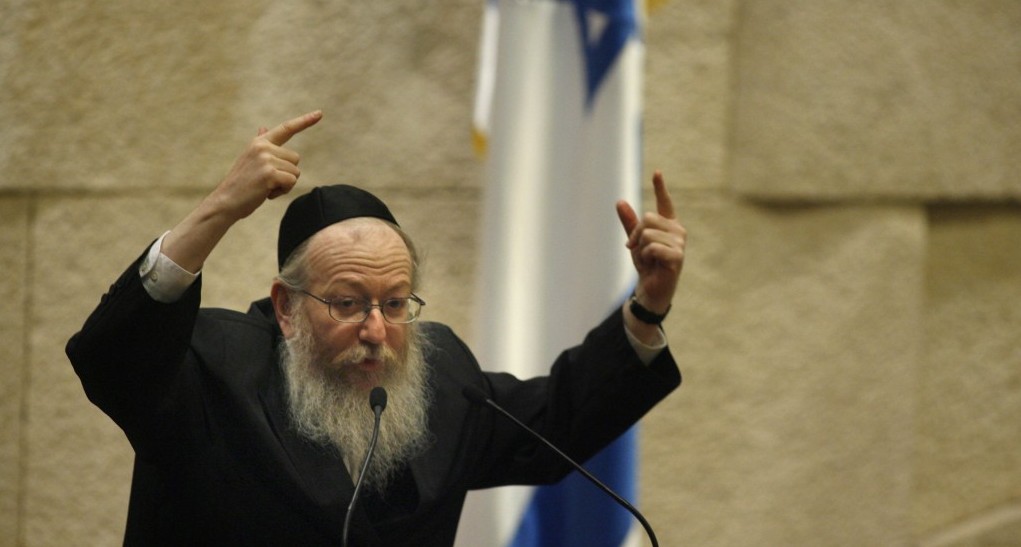 The LGBT legislation in the Knesset continues to make waves. Tuesday marked for the first time in the Knesset LGBT Rights Day, and on Wednesday a series of pro-LGBT bills were up for voting, including a bill to require that the Health Ministry train doctors to treat LGBT patients during medical school. The bill was suggested by MK Michal Rozin (Meretz).

The government’s response was given by Health Minister Yaakov Litzman (Yahadut Hatorah), who chose to respond in what he called a D’var Torah. “In this week’s Torah portion they made the golden calf… Moses came, descending from the sky, after he was given the Torah. He saw the calf, he saw the dances, he broke the tablets, he goes up…

“He goes to the sky,” continued Litzmann, “What did he say? He wants to be an advocate for the Jews. What does he say? And Moses returned to God and said: “Please! This people has committed a grave sin.”

Asked by MK Rosin how he compares images of patients to a sin, Litzman replied: “It is written in the books, that Moses and God really know that they’ve sinned”, which caused great indignation on the part of some of those present in the plenum, to which Litzmann responded: “The people have spoken, the people said that we’re in the coalition, not you. I spent two years in the opposition, I suffered. Now the people have spoken.”

“The fact that you are standing here and saying ‘I was chosen and I am now in power,’ shows just the lack of understanding that you are the minister of all the children of Israel, everyone – Jews, Arabs, gays, straights, everyone,” said MK Rosin in response. “You are a minister for all, and you can’t say this population is a sinner and therefore will not get treatment.

“You can not stand here and preach morality to us on the golden calf. It can’t be, because part of it is also that the Torah commands us to treat equally and to address appropriately and to treat each person as he was created in the image. What you have done here is not Jewish and not human.” Rozin shared a recording of the debate on her Facebook page, calling on Prime Minister Netanyahu to condemn the remarks of the Minister.