For young people in the Orthodox community, “lives are on the line” because of negative attitudes toward homosexuality, said Andrew Dale, a panelist at a live-streamed Torah in Motion event called “Sinai and Sexuality: LGBT Jews Talk about God, Torah and Personal Identity.” 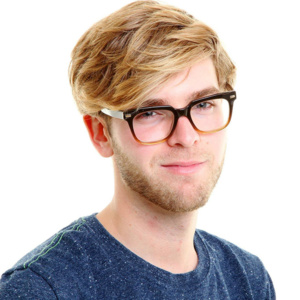 Andrew Dale, one of four young adults who spoke to 300 people at TanenbaumCHAT’s Wilmington Avenue campus on Dec. 3 as a followup to a May event on the LGBT community and Orthodoxy, said that young gay people who are not accepted have a suicide rate eight times higher than average.

A financier turned entrepreneur, Dale also volunteers for Eshel, an organization for LGBTQ Jews, on its “Welcoming Shuls” project, determining to what extent they will be welcome at various synagogues. The organization also offers pastoral counseling resources.

Moderator Elliott Malamet said it was “surprisingly painful” to hear that some people couldn’t appear on the panel because they hadn’t come out to everyone. “I wanted to understand the experience of these young people. I think they’ve all been magnificent,” he said at the end of the evening, sparking a standing ovation.