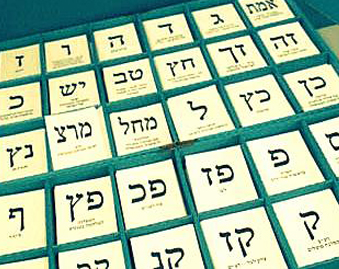 LIVE BLOGGING: Legalization of same-sex marriage, conversion therapy, and other LGBT-related issues are some of the front-and-center topics in the coming Israeli elections. A Wider Bridge follows up closely on the LGBT issues and keeps you up-to-date with all the latest news coming from Israel and the variety of parties on the subject right up to election day — March 17 2015

Election Aftermath: Kissos vs. Ohana. The results of the election caused conflicts not only between Israelis from right and left, but also between people in the LGBT community. Out radio host Aviad Kissos didn’t hide his political opinion this morning on his radio show on 99fm where he commented on the LGBT people who voted for the Likud party. Read the story

Israeli Elections: LGBT People Win. Executive Editor of LGBT website GoGay Tal Eitan explains why no matter what the results of this election campaign are- the real winner is the LGBT community. Read the story

Kulanu Backs Civil Unions Says Party Candidate Rachel Azaria. Rachel Azaria, No. 4 on Kulanu’s Knesset candidates list, said the party will support efforts to bring about civil unions as an alternative to marriage through the rabbinate and also will back increased funding for the Reform and Conservative movements. Read the story

Community Stands Up to Bennett During Speech. At an event at the Tel-Hai Academic College in northern Israel, LGBT students interrupt Bayit Yehudi leader Bennett’s speech with whistles and shouts. Read the story

Bayit Yehudi’s Unexpected Supporters. For religious, gay Israelis, voting for Bayit Yehudi is not obviously out of the question, despite the party’s hard-line stance on gay marriage. Read the story

The Day an Israeli Drag Queen Interviewed a Nationalist Politician. The Israeli election campaign has focused mostly on the personalities of the candidates rather than on issues, but one notable exception is the issue of rights for the country’s vibrant LGTB community – which has taken front and center. Read the story

Israeli parties woo LGBT voters. Likud MK Miri Regev has been interviewed frequently during this campaign period. Despite that, two days ago was apparently the first time that she gave an interview to a drag queen. Read the story

Gay marriage in Israel? Unlikely. From street demonstrations to online campaigns, LGBT activists – and the issues that concern them – are playing a larger role in Israeli politics than ever before. Allison Kaplan Sommer summarizes all the opinions up to now. Read the story

Bennett: LGBT Community Are My Brothers and Sisters.

Yesh Atid MK Shai Piron Uploads, Then Removes Gay Marriage Video. The video, which was produced as part of the party’s election campaign, featured a baby’s-eye view of different pairs of parents leaning over a crib. Some of the pairs were heterosexual, and others same-sex. The video ended with Piron saying: “for him and for us, it doesn’t matter who and what his parents are. A family is a family.” Read the story

Habayit Hayehudi Candidate: “I’m a Proud Homophobe”. Smotrich, who organized an anti-gay protest in 2006 but expressed regret about it last month, remarked, “We will encourage normal family units, of a father, mother and children. Every person can be abnormal in his house” Read the story * Read more

Livni Visits Tel Aviv Gay Club. Tzipi Livni, set to be prime minister in rotation with Herzog if Labor wins, visited a gay club on Friday and promised same-sex marriage: “Everyone will have respect and everyone can love and everyone can get married.” Read the story

Livni Speaks at the Aguda Panel. Speaking at a convention for gays and lesbians in Tel Aviv, Livni said, “The community deserves better than a Prime Minister who is only willing to say the words gay…” continue reading>

Ya’alon Vows to Promote Same-Sex Marriages in Next Knesset. Defense minister says marriage is a ‘basic human right’ and that he will advance pro-LGBT legislation. “The community’s members must be allowed to have a family life that includes marriage. This is a basic human right…” continue reading>

“No Equality Yet,” New Survey Says. Most the Israeli public believes that Israeli law discriminates against LGBT and is homophobic and that politicians do not represent the views of the public on the LGBT issue. … read the story

Gay Candidate from the Likud is Considered for 11th Spot. Benjamin Netanyahu considers moving the Likud’s gay candidate Amir Ohana to the #11 spot on the party’s list to the Knesset. The goal: to sharpen the differences between the Likud and the Jewish Home. Read the story>

Get to Know Zehorit Sorek. First ever religious-lesbian runs for the Israeli Knesset, a new interview for A Wider Bridge: “I will work to promote equality legislation for the LGBT community, in relationships, in parenting, and in recognition by the country in every field…” read the full story

“Whoever Cares About LGBT Rights Won’t Vote For The Jewish Home.” Chairman of the Jewish Home party, Minister of Economy Naftali Bennett visited Beer Sheva’s Sapir College on Wednesday, and was received with thunderous applause alongside rainbow flags Read the story>

LGBT Students Unite. The latest anti-LGBT remarks of members of the Jewish Home during the party’s elections campaign encouraged LGBT students from all over Israel unite in a first-of-its-kind national seminar. Continue reading>

Jewish Home’s Candidate and His Lesbian Sister. When Nir Orbach, number 12 on the Jewish Home list for the Knesset, fights against the legalization of same-sex unions once elected, he might find himself in an uncomfortable situation, confronting his own sister as a conceptual opponent. Continue reading>

Yacimovich: “Remove my name from conference that has panel on gay conversion therapy” Former Labor leader told the organizers that homophobia, not homosexuality, is an illness in response to session on controversial ‘therapy.’ “If there is something to cure it is LGBT-phobia, racism and hatred of the other,” Shelly Yacimovich wrote to organizers of the Conference. Full coverage>

Jewish Home Candidate: “I Suggest Therapy for Gay People” A week after the controversy that included statements by members of Naftali Bennet’s Jewish Home party against members of the LGBT community, the party again tangled with the gay community. During the party’s convention held at Bar Ilan University, Rabbi Avichai Rontzki said that if his son was gay – he would recommend him to go through conversion therapy. Continue reading>

Jewish Home Leader Admits Organizing Jerusalem Anti-Gay Parade With Donkeys and Goats Bezalel Smotrich, who is ninth on Habayit Hayehudi’s Knesset list, in 2006 was involved in organizing the anti-gay Beast Parade in Jerusalem as an answer to the annual Pride Parade. Continue reading>

Otzma Report: Who’s Pro-LGBT in the Israeli Elections The last Knesset earned a great deal of praise for being liberal, especially due to the absence of the orthodox parties in the coalition. In practice, the results of a study published Monday by the Aguda indicate an opposite and worrying picture – most of the 19th Knesset members failed to stop their activities against LGBT discrimination in Israel and even acted against it.Read the story>

Gay Likudnik Hopes to Join the Knesset Gay attorney and reserve IDF major Amir Ohana, 38, won a slot on the Likud list reserved for a candidate from the Tel Aviv district, which includes Holon, Bat Yam and Jaffa. The 32nd slot he won is not considered realistic based on current polls, but Ohana said he is optimistic that he will be in the next Knesset. Read the story>