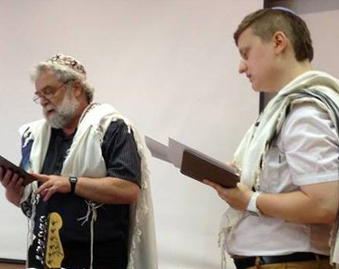 Tel Aviv offers a variety of Yom Kippur services that give equal status to all, with no gender segregation.

In what became a tradition since 2009, Yom Kippur prayer organized by “the Proud Minyan” will take place at the Gay and Lesbian Center in Meir Park, which invites members of the LGBT community and straight friends. The “Proud Minyan” was established by members of the Orthodox community, but was adapted to the LGBT atmosphere.

Zehorit Shorek, founder of Proud Minyan, says: “After experiencing rejection from the Orthodox synagogue to which I belonged, where they refused to hold a Kiddush to mark my marriage to my partner, I felt that I was not able to pray there anymore. When the new year and High Holidays approached, I had find a new place, a place that would be able to include me and my family. This need matched the needs of many of my friends, and so the first Proud Minyan in the Holy Land” was born.

Reform prayer will take place this year at Kehilat Halev, which is an “equality” Reform community in Tel Aviv, one of three synagogues of the Daniel Center in Tel Aviv.

Efrat Rotem, the community Rabbi, says: “I became interested in Reform and pluralistic Judaism when I started looking for a Judaism in which there is no contradiction between being a woman, a Butch, an activist, lesbian and queer, and the desire to give more meaning to my Jewish identity. This is exactly what happens in Reform Judaism, which has qualified women as rabbis since the seventies and LGBT people since the eighties, and believes that every person is created in the image of God and entitled to respect by their community members.”

“Kehilat Halev is a pluralistic community in which there is room for everyone. We are building a community where no one has to leave a part of themselves at the door. The community is diverse in many ways: in terms of age, from the standpoint of sexual orientation and gender identity, in terms of ethnicity and social class. The prayers at Kehilat Halev are musical and very enjoyable.” 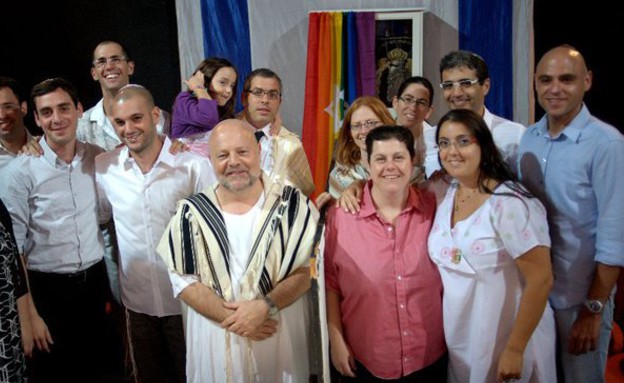