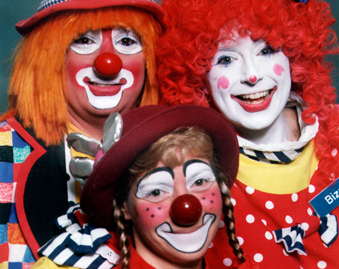 It’s going to be a very happy weekend! LGBT synagogues around the country will mark the happiest holiday on the Jewish calendar this weekend. Here are the latest details (and links) of what’s in the plans. Happy Purim everyone!

Congregation Kol Ami in West Hollywood promise to top their last year’s “Les Miz-Shuginah” musical with “Gypsy: The Musical Fable of Esther Rose Leebowitz,” on Saturday, March 15, 7:00 PM, an incredible night of music, laughter, and turning the world upside down!

In New York, CBST celebrate Purim 5774: Announcing the 5774th Olympics – held in Sochi, Russia (or is it Shushan, Persia? – we’re not sure)  an evening of fun and games, jokes, schpiel, services and entertainment for Purim! Come outfitted fabulously for the winter Olympics whether you’re a skater, skier or sledder (or announcer), be ready to go for gold! You might also consider coming as one of the props for these athletes, or even a protester for LGBT rights! The evening starts as early as 4pm on Saturday, March 15.

Atlanta’s congregation Bet Chaverim will celebrate Purim on Sunday morning, March 16 with Israeli Dancing, Text Study, and chanting & reading of the Megillah. The congregation’s openly gay rabbi, Joshua Lesser, wrote on his Facebook page yesterday: “To celebrate the rowdy joy-infused holiday Purim we tend to give gifts to our friends and community and those in need. Think of an experience that you can ‘gift’ as a way to bring joy.”

Congregation Sha’ar Zahav in San Francisco will host a traditional Purim service, on Saturday March 15 at 7:00 pm. Cantor Sharon Bernstein will be leading the Erev Purim service with the Megillah reading.

Keshet is holding Gender Schmear, a sexy, schmoozy, joyous, juicy queer Purim party in San Francisco. Dress in your best drag and celebrate until you can’t tell the difference between Queen Esther and Haman. With everything from live performances to a free photo booth to astrology readings, you don’t want to miss this party! Fabulous performances by Jill Felta-Fish, Arty Fishal, Starr 69, tunes from DJ Wam Bam Ashley Anne,and a costume contest to boot! Free chart readings from Seagoat Astrology, and a free photo booth by Snap Fiesta.

Chicago’s LGBT congregation Or Chadash also has a Purim Spiel on Saturday, “Hadassah and Her Sisters.” the story of Queen Esther’s extended family and their very complicated relationships with their cousin Mordechai. The evening starts at 6pm with a cooking contest.