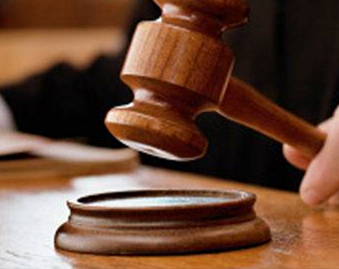 A Tel Aviv Regional Laboor Court ordered Israel’s Ministry of Transport to pay NIS 100,000 in compensation to a senior employee, after her department manager made fun of her sexual orientation and called her partner “Ishtata [translation: ‘her husband-wife’] or whatever you call it.”

M. worked for 14 years in a senior position in one of the wings of the Ministry of Transport on behalf of a company that was in the field of security installations, cyber and emergency. Three years ago she formed a romantic relationship with another worker at the department, and the two became a couple. According to M., once the chief executive officer of her wing learned about her relationship, he started harassing her.

M., who refused to perform random jobs of a clerk or a secretary, paid a heavy price. Her manager summoned her to a meeting, claimed her role was no longer needed and she was summoned to a hearing. M. was shocked by the manager’s attitude, found out that even before the hearing he had started interviewing candidates to replace her.

M was eventually fired two years ago, and in response filed a lawsuit against the Ministry of Transport in the Tel Aviv Labor Court, claiming that her dismissal was not done in good faith but following the harassment of the manager, who did not like the fact that she was lesbian. “He threatened me that if I turned to the Labor Court I would turn into a vegetable at the office “, claimed M, and demanded compensation of NIS 122,000 for her dismissal in light of her sexual orientation, and defects in her dismissal process that have occurred since the hearing.

An employee at her department testified in court that the director ridiculed M and snubbed her because of her sexual orientation. “He said he did not know what to call what was happening between M. and K. He said ‘Ishtata’ or whatever you call it,” said M.’s colleague. K., M’s girlfriend, testified that the day their relationship started, all employees knew about it except the manager. “My superior advised me not to tell the manager, because he would not accept it well, so it’s better not to tell him,” noted K.

Justice Ariela Giltzr-Katz ruled that M. was fired after 14 years because of her refusal to perform secretarial work and because of her sexual orientation. “The state applies duties regarding equality at work,” the judge said in her verdict. “The use of the expression ‘Ishtata’ as language that mocks a lesbian partner is offensive, insulting and shameful, and it has no place in labor relations. A Manager in labor relations must watch his tongue, so as not to harm the employee and not to involve his personal opinions in labor relations. If a higher amount was claimed in this case by M. we would consider this amount, “the judge stressed.