The nationwide LGBTQ strike in Israel last month, sparked by a Knesset vote to ban men and gay couples from surrogacy, culminated in an incredibly moving and powerful 100,000-person rally in Rabin Square. The strike’s potency underscores the need to build capacity for Israel’s LGBTQ community organizations. A Wider Bridge (AWB) is proud to announce the launch of our new AWB Impact Grantmaking initiative to help meet this need. 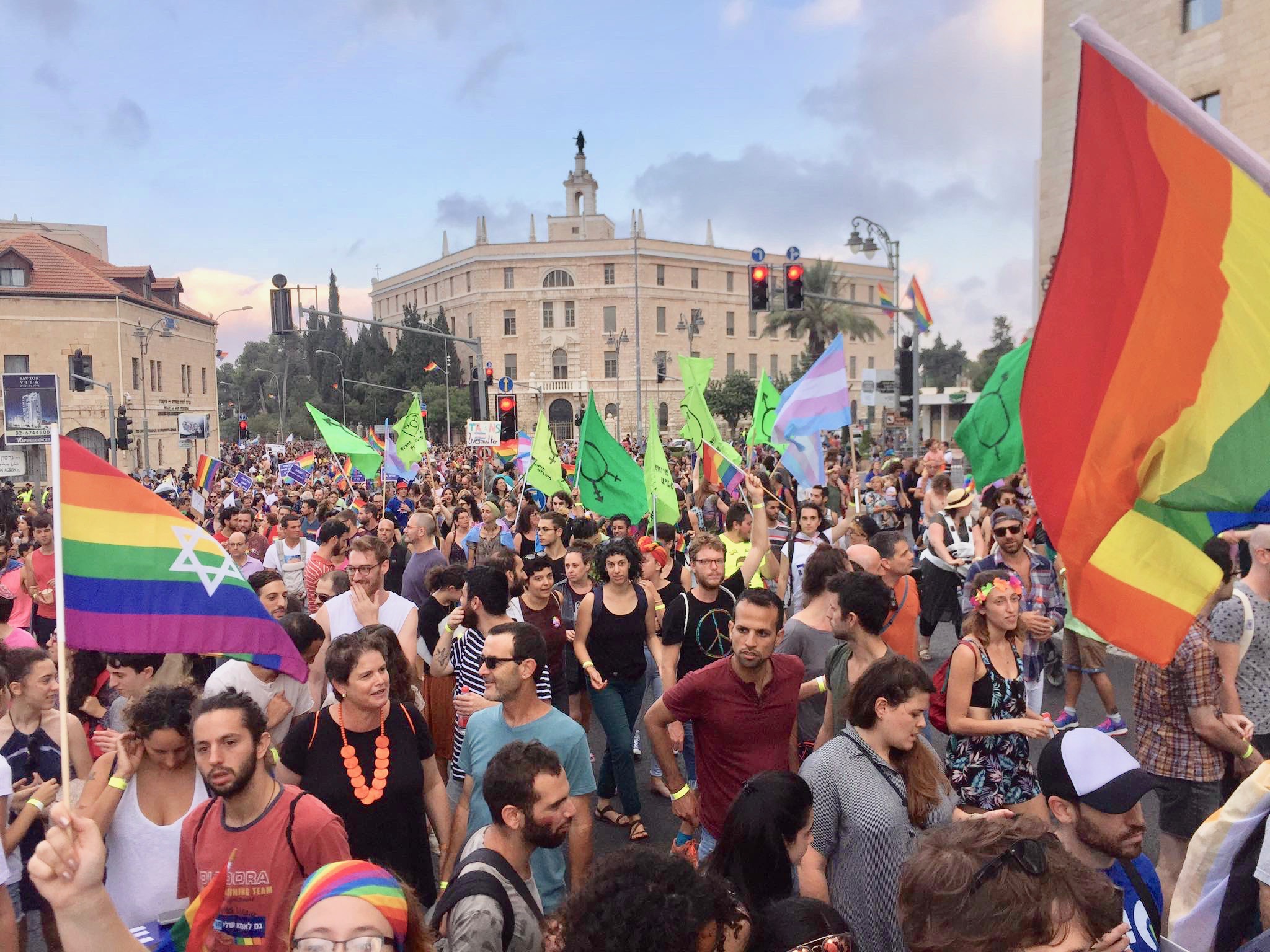 For years, Israel’s LGBTQ community has been reduced to two simple talking points: one, that when surveying the neighborhood, Israel is the only country in the Middle East that affords any kind of LGBTQ protections; and two, that the Tel Aviv Pride Parade is proof of Israel’s commitment to its LGBTQ community. Neither of these arguments, most often made with the best of intentions by supporters of Israel’s democracy, reflect an actual depiction of the full spectrum of LGBTQ experiences on the ground. Furthermore, these arguments award credit to the state, rather than LGBTQ activists who have fought for decades to win their democratic right to live and to love.

In the short term, advancing LGBTQ rights with Israel’s current coalition government is admittedly an uphill battle. And historically, carving out an agenda for social change in a country whose borders, people and right to exist are routinely threatened, has also proved difficult.

A Wider Bridge partners with organizations and advocates to change hearts and minds outside of the secular, metropolitan, colorful Tel Aviv bubble, within the communities that are electing homophobic and transphobic representatives at the local level and in the Knesset.

We believe the best investments to secure LGBTQ rights and community in Israel are those that provide needed financial resources, help build capacity and amplify activist voices on the ground.

We’re proud to announce our grantees for our inaugural 2018-19 cycle:

LGBTQ Orthodox Israelis, like their peers in Brooklyn and Baltimore, are often presented with a binary choice between their religious communities and their LGBTQ identities. Bat Kol, the organization for religious queer women, and Havrutah, the organization for religious GBT men, are refusing to choose. Together they are both carving out a space for LGBTQ religious life, fighting harmful practices like conversion therapy and engaging Orthodox rabbis open to dialogue. By building visibility and acceptance in religious Israeli life, these organizations are reconciling LGBTQ identity with Jewish morality.

Israel’s scientific community is a leading source of cutting-edge research on HIV/AIDS, saving lives and improving quality of life. Several months ago, Israel approved PreP (Pre-exposure prophylaxis), a pill to prevent the HIV infection widely used here in the U.S. Yet HIV infections in Israel remain steady in three at-risk populations: the gay male community (MSM), the asylum-seeker community from Eritrea and Sudan, and active and rehabilitating drug users. The HIV/AIDS Taskforce deploys mobile testing units to the periphery of Israel, to increase the number of HIV tests in areas that need support most. The Taskforce also provides education to Israeli communities and youth to fight the negative stigma around HIV/AIDS.

In a city divided by religious, cultural and political identities, Jerusalem Open House (JOH) is a community center that brings people together. Walk into their modest space, and you’ll see religious Orthodox gay men interacting with Arab queer women, and LGBTQ seniors playing board games with LGBTQ youth. JOH not only provides a safe space for residents in this traditional city, it also serves as a platform for change in Israel’s capital. Unlike Tel Aviv Pride, The Jerusalem March for Pride and Tolerance, organized by JOH, is a true demonstration. In 2015, 15-year-old Shira Banki was murdered while marching with her friends, transforming this annual event into a national demonstration for LGBTQ acceptance and rights.

After decades of advocacy, marches and community organizing, the LGBTQ community in Haifa achieved a major milestone in 2017 with the opening of the Haifa Communities’ Home, the city’s new LGBTQ Center – the third in Israel (after Tel Aviv and Jerusalem). The Center serves as an important model for other LGBTQ communities across Israel, and well beyond. As Program Manager, Adi Sadaka explains, “In the neighborhood where I live, Muslims, Christians, secular Jews and ultra-Orthodox Jews live side by side. And everyone lives in peace, acceptance and good neighborliness. Peaceful coexistence is a prominent part of Haifa’s LGBTQ community and another way in which the LGBTQ community in Haifa is special.”

LGBTQ leaders and communities in America, like many progressive constituencies, are finding it increasingly difficult to identify with and engage with Israel at a time when American and Israeli leaders are making decisions they may not support. With our grantmaking initiative, we are helping LGBTQ Americans build personal connections with Israel and Israelis. We are moving our community from the all-too common divisiveness that permeates current discourse around Israel to tangible constructive action towards fairness and equality. Building support for LGBTQ rights is our authentic way to teach more people to love Israel and its LGBTQ community and to move from a place of fear to a place of love for the “other” in Israel.

Tyler Gregory serves as the Executive Director of A Wider Bridge, the LGBTQ organization advancing equality in Israel, and equality for Israel, and is a Schusterman Fellow. He envisions a progressive movement in the U.S. that sees no contradiction between a love for Israel and a commitment to social justice and equality.