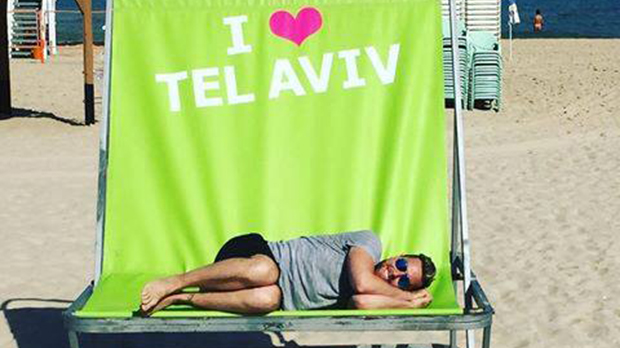 Former NSYNC boyband member and TV personality Lance Bass is currently in Tel Aviv on vacation with husband Michael Turchin. For both Lance and his Jewish husband, it’s the first time in Israel. 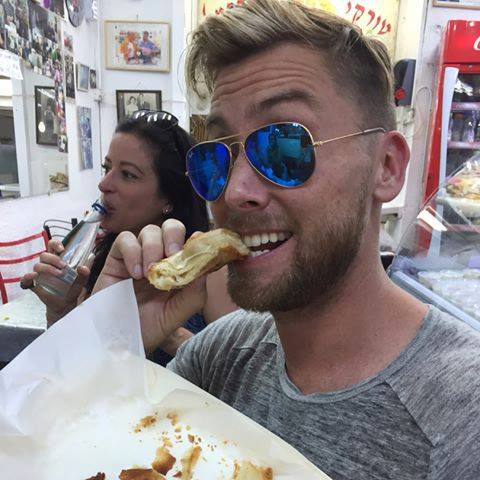 Eating in the Carmel Market

The couple came to Israel accompanied by their two best friends, actress Jamie Lynn Sigler (‘The Sopranos’) who married the two, and Carly Hoffman, a teacher from New York. Turchin came around a full circle, as he photographed himself wearing his Bar Mitzvah shirt.

Fun Fact: I'm wearing my Bar Mitzvah T-shirt here which was a very fashion forward version of a Tommy Hilfiger shirt but with my sister and my names instead. @voguemagazine hit me up. Thanks!

“Neither of us have visited the mother land before. Can’t wait to see the places I’ve read so much about,” Bass posted on social media.

Lance and Michael are staying at the famed Tel Aviv Dan Hotel, previously hosted Madonna and the late Michael Jackson. According to their Instagram, the group went to Jerusalem, visited Jordan River and the Ilana Gur Museum, ate in Tel Aviv’s famed Carmel Market and met Israeli fashion designers in Jaffa.

Bass revealed that he is gay in a cover story for People magazine in 2006. He began dating painter Michael Turchin in January 2011 and they became engaged in September 2013. The couple married on December 20 in Los Angeles. The ceremonial event was filmed and televised in a special E! presentation: Lance Loves Michael: The Lance Bass Wedding. Bass and Turchin were the first same-sex couple to exchange vows on cable television in America. 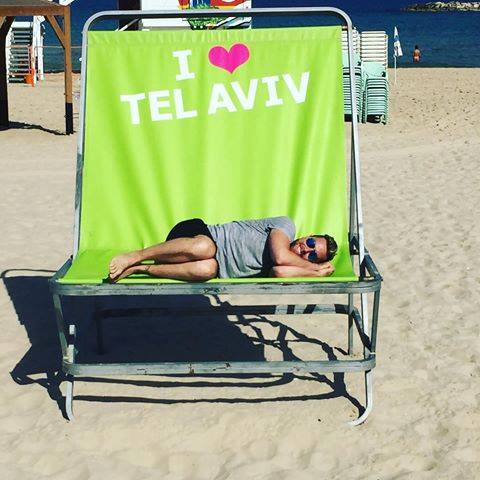 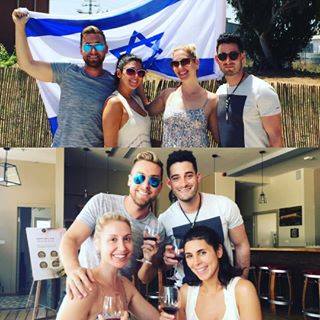 Lance and Michael in Israel. Check out the full gallery on Lance’s Facebook Page

Who wore it better: Western Wall edition // what an AMAZING place!