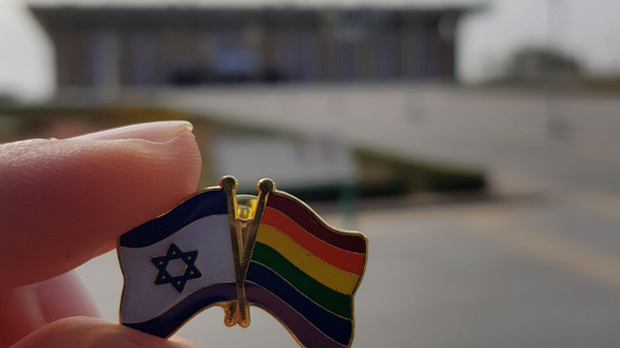 The 3rd annual LGBT rights day, organized by the Aguda, was held Tuesday (2/20) in the Israeli Knesset. Four hundred people (the maximum who could enter the Knesset) attended from Israel’s LGBTQ communities. 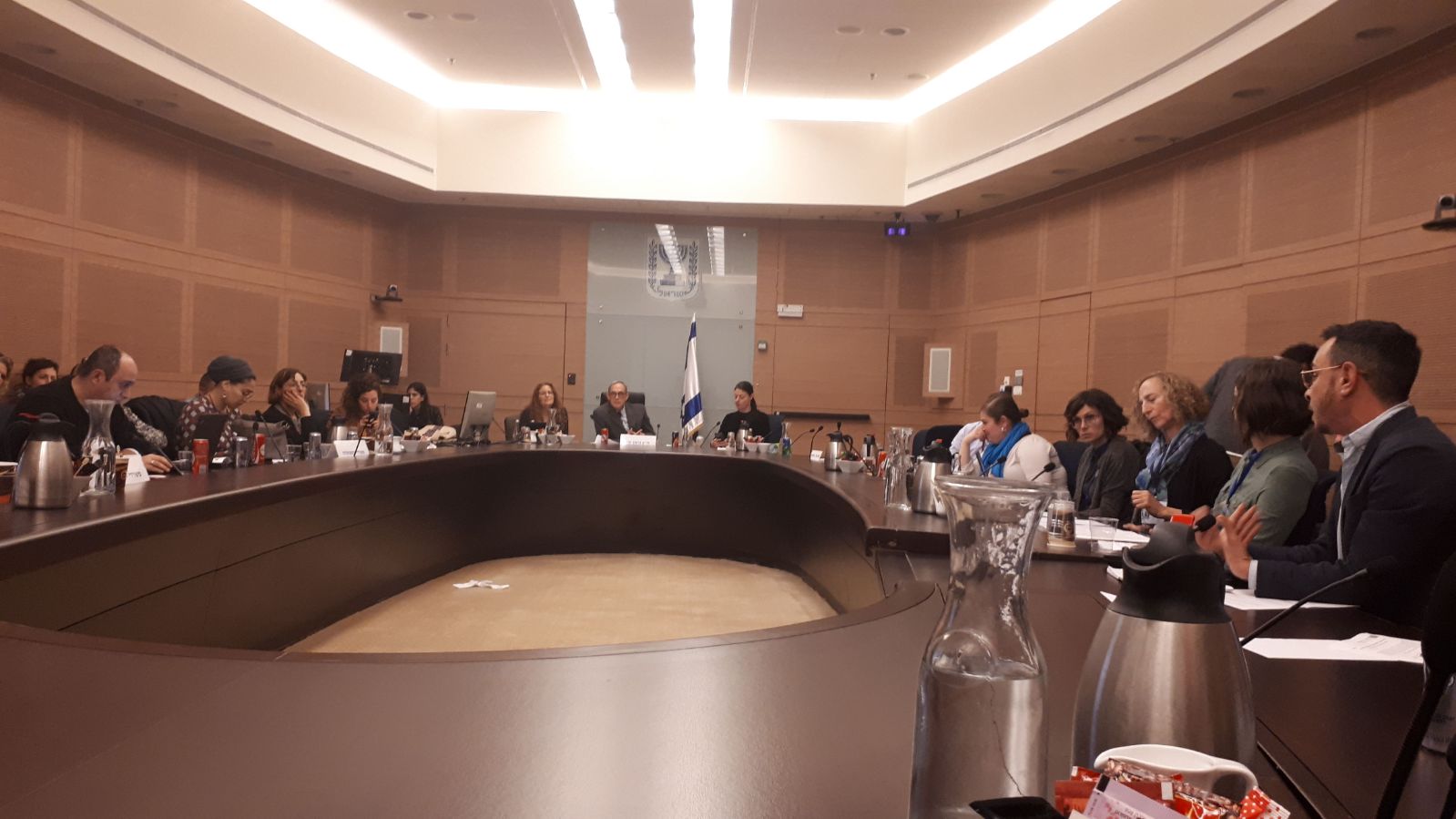 The day began with topic discussions in various committees, including the Committee on Education, Defense (integrating LGBTQ folks within the IDF), and the Internal Affairs Committee. Members of the LGBTQ community spoke to representatives from these committees and shared their experiences and issues. Members also spoke to representatives from Israeli municipalities in regards to LGBTQ issues in their districts.

Lawmakers are becoming increasingly more receptive to addressing LGBTQ issues as they realize that  Israel’s queer activists are very committed to making sure rights are addressed through the legal system. 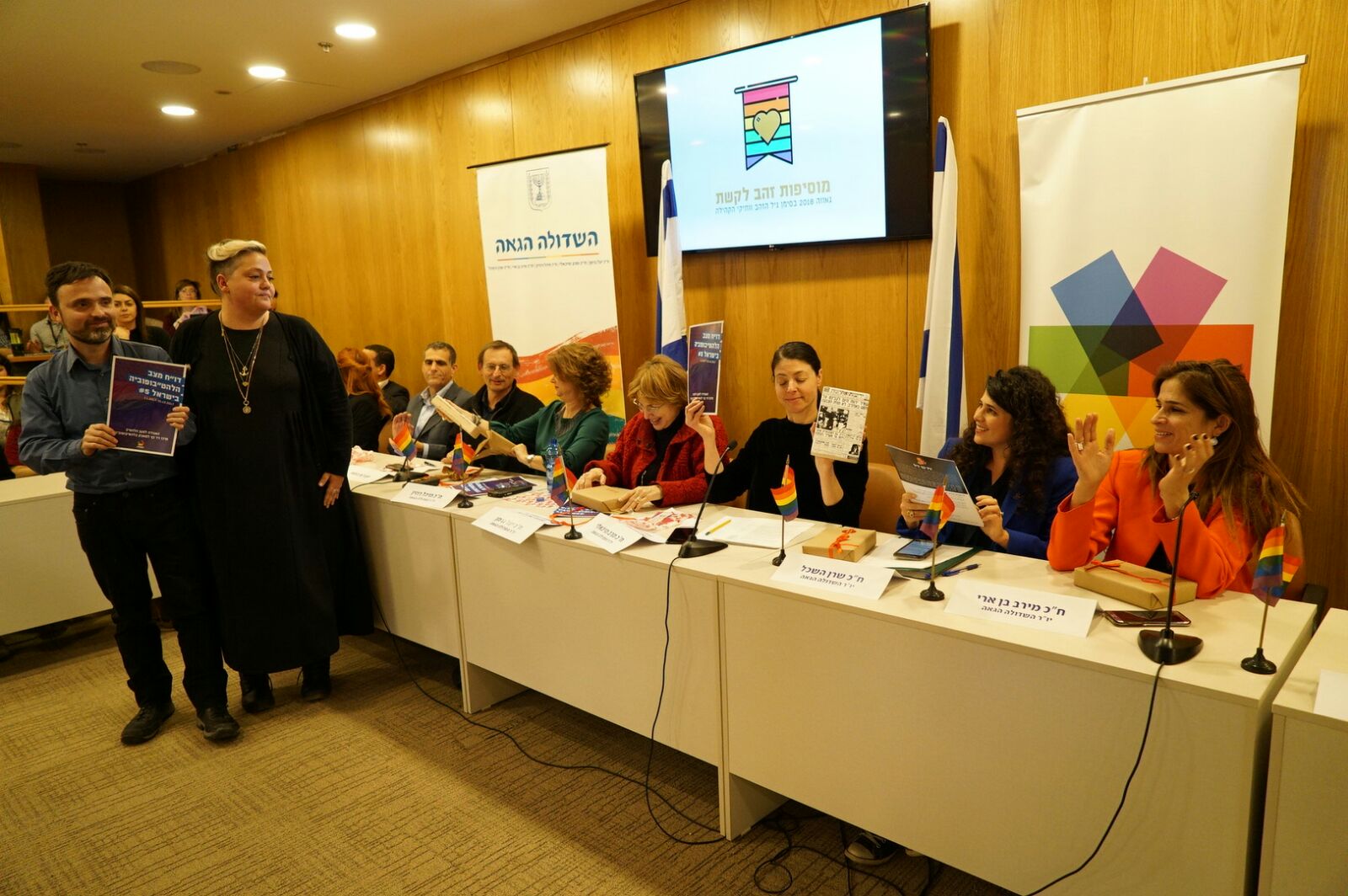 Following a full day of discussions on a variety of subjects in various committees, the Knesset plenum held a general discussion about the community, led by the chairpersons of the gay lobby, Yael German and Meirav Michaeli.

German and Michaeli summarized the day and the topics discussed in the committees and analyzed the situation of the LGBTQ community in Israel in 2018.

The Knesset members who spoke in the plenum blamed the state of the community on the Israeli government, which surrenders to coalition agreements and pressures of the ultra-Orthodox parties, contrary to the position of the majority of the Israeli people.

“We are witnessing a battle of some of the rabbis, and unfortunately some of the politicians, who see a free world unfolding before their eyes, a world in which LGBT people can be excellent parents for happy children, and women can be pilots and contribute to the security of the State of Israel. The only abomination to me here is their twisted way of thinking that this should be stopped. The Ali preparatory program brought out some good people, some of whom I know, but it did despite rabbis like Yigal Levinstein, who [teach there and] consistently spreads the hate disease that throbs in him, and not because of them.”

“We are standing in a good place,” continued Ohana, “and I say that Israel will continue to be an open, pluralistic state against their will. We have to look at the past four decades and take one picture from every decade to understand how much progress we’ve made, what is the overall direction, and how fast we are moving forward toward openness.”

“Being an LGBT woman in Israel is a difficult thing. There’s a lot of hatred towards our community, especially in the periphery. I’m a middle school girl who lives in Ramleh, so called the social periphery. I came out of the closet half a year ago in order to help young people like me, who never received support and have no knowledge about the LGBT community. I didn’t expect it to be so difficult. Friends cut ties with me, people asked too many intrusive questions about my sexuality and placed me in uncomfortable places, meaning verbally assaulted me, out of naivety and ignorance. All of the things people say about me could’ve change if the Ministry of Education lead an educational program on acceptance of the other.”

MK Mossi Raz read a letter by Dina, a mother of a gay son:

“My name is Dina Yitzhak and I am the mother of two boys. I was born in Israel, I studied here and served in the IDF, and I established a home in the State of Israel. Liron my son came out of the closet at the age of 16 and a half and we went through a process of acceptance and inclusion with him. I don’t have a heartrending story full of tears and sadness to tell you. My son is happy. He finished his army service and he’s now working in a job he likes. Liron my son is gay since birth, I had no choice in the matter, this is what God chose for me and this is the gift that was sent to me. Liron married his partner Dor, they work and pay taxes, and in time of war they will be drafted into the IDF. They dream of building a home with strong and proud foundations in the State of Israel, a law-abiding home. But Liron and Dor need you. Why? Because they cannot marry in their own country. They cannot afford to have children in surrogacy, they have to pay NIS 700,000 for a surrogacy process abroad, which costs less than half for straight couples in Israel. Then to register their child they’ll need to go through another seven gates of hell.

“They are a significant and important part of the State of Israel’s future generation and they have hope that you will raise your hand in a vote on a law that will be submitted to you for them. There are gay people in the right and the left, secular and religious Jews and Arabs. So when you are presented with a bill to benefit them, think about how to do what’s good and what’s right and vote to change the injustice that cries out to heaven.”

MK Nahman Shai spoke about a discussion he was having in the committee on the status of women on the issue of transgender women and the connection between them and government institutions. “It was a good and important meeting,” MK Shai said, “and I am happy that the Knesset can become a meeting point for large group like this, and the Knesset comes to hear them and tries to give solutions for their distress.”

MK Shai also read a letter by Eran, from the transgender community:

“We are a community with the highest rate of suicide, the highest percentage of prostitution, many of us expelled from the home, some are still teenagers. Many of us can’t take to the streets and demand our rights, simply because they are busy surviving the day. Until someone up there won’t put an end to it, my community will continue to suffer. I turn to the Knesset members: Please don’t be against us because it is hard for us already, even if you do not understand us, even if you oppose our identity, don’t sit there without doing anything. Don’t sit comfortably while teenage girls sleep on the streets.”

Shani Segev from A Wider Bridge and the Aguda remarked that this was “overall a good, productive day.”

This isn’t a day where decisions get made or outcomes are revealed. Rather, this is a working day to meet, share ideas, and let lawmakers know what the issues that Israel’s LGBTQ community is facing.