Heading the northern branch of the new organization for transgender women in Israel is singer Kim Levi, who provides assistance and support for trans women in the first stages of transition, on the way to the sex reassignment surgery and after. 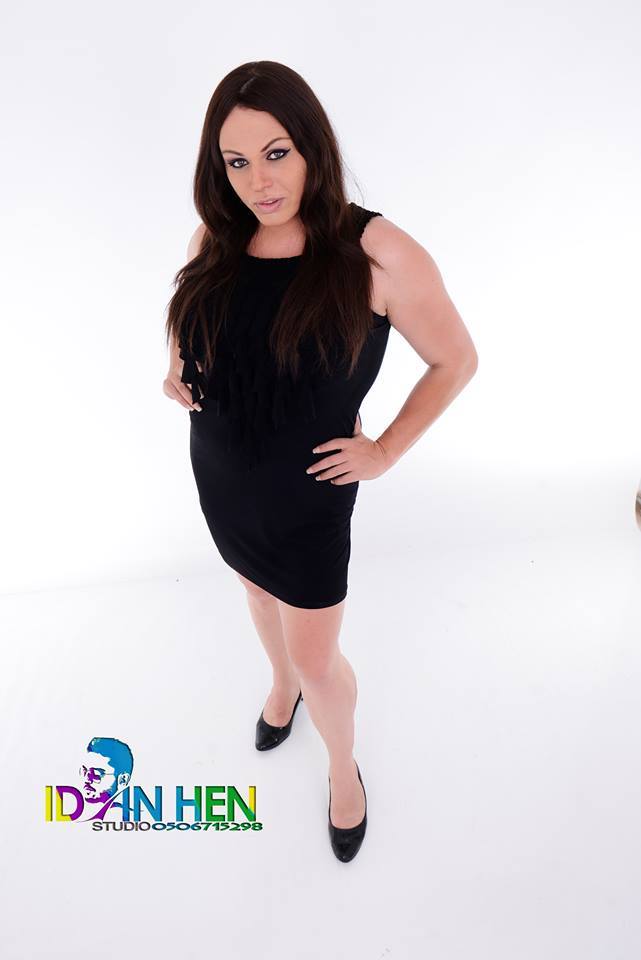 The new organization “Beyachad” (‘Together’), will work for promoting the rights of transgender people in Israel. Levi, from Kiryat Haim, is one of the founders of the organization, famously known by her stage name Kim Connection. She started her transition at 17, when she first moved to Tel Aviv, met Dana International, and discovered who she is. “I had no definition,” she told northern-Israel’s local newspaper Head Karyiot, “but most people thought I was a girl, because I was very gentle. So they spoke to me in feminine pronouns, but physically I was still male.”

While in Tel Aviv, Levi was adopted by a gay couple with whom she lived for three years, while starting to take hormones and undergoing laser treatments. “They helped me a lot,” she recalls, “but when you accept your sexuality, it helps you to know exactly what you want.”

She went through the sexual reassignment surgery in London and suffered from great pain for three months after. “Four days after the surgery when they first changed the bandages I nearly fainted from the pain. But still, I was happy.”

After returning to Israel she started developing her musical career, released an album and started performing. A fan wrote her the song “Lo Bocha” (‘Not Crying’) that became a hit in the gay clubs. This fan later became the producer of Levi’s second album. In 2009 she was approached by musical competition TV show Israeli Idol, and passed the first auditions. But then her mom passed away and she retired from the show. A few years ago, a documentary of Kim’s life as a trans woman, titled ‘The Enchantress’ was screened at the TLV LGBT Film Festival, and also in Berlin, London and Amsterdam.
Two years ago she left Tel Aviv, went back to the north, and started to be more involved in LGBT activism, as she wanted to do something more meaningful for the community.

“The new organization will promote equality for transgender people in culture, education, housing, job-seeking, social rights and empowerment,” she explained this week. “In education we intend to launch preparation classes for SAT’s , in health we’ll provide information and assistance regarding the gender change. We will hold events like Shabbat and dinners and we will connect between trans-friendly businesses and people who need jobs.

“It’s important that everyone will have a place they can come to for advice or support,” Kim adds. “It all began from the fact that we always wanted to have our own thing. It was always more about gay and lesbian people, and now it’s our time. I launched the organization with a few other girls, we recruited funds and all we do now is dedicate ourselves to helping the community.”
As someone who went through the whole physical and emotional process, Levi now knows that she can share from her experience information that can help young trans women. “Today I’m in a place where I already learned and experienced stuff, and I can support a woman who is just beginning her journey,” she says. “I know that in the first stages the biggest thing that trans women need is love and warmth. When I was 16 and lived in Carmel, I thought that Dana International and I were the only transgender women in the world. I had no one to turn to and no one to ask. Today, when everything is so open, you can either read about it or ask doctors, who are much more trans-friendly. It’s inevitable that we, those who went through the process, can be the most approachable source of help, providing our knowledge to the next generation.”

One of the first projects of the organization is the Miss Trans Israel contest, that will be held in Tel Aviv at the end of May. “We held auditions that were open to the public, and out of 30 trans women that arrived we chose 12 finalists who will take part in the contest.”

According to Levi, despite the openness towards transgender people in Israel in 2016, on the periphery the situation is far from being open. “In Haifa’s suburbs it’s like 20 years ago in Tel Aviv, when everybody knew, but people were still in the closet. There isn’t the full openness that Tel Aviv has, and this is where we come in. To empower, to emphasize the fact that it’s ok to be different and people need to respect you for who you are and not for what you are.”