Keshet (in Hebrew: “rainbow,” a symbol of GLBT pride, and also “bow,” an instrument for action) is a national grassroots organization that works for the full inclusion of gay, lesbian, bisexual, and transgender (GLBT) Jews in Jewish life. Led and supported by GLBT Jews and straight allies, Keshet offers resources, trainings, and technical assistance to create inclusive Jewish communities nationwide.
www.KeshetOnline.org
www.MyJewishLearning.com/blog/keshet
Events

Keshet’s work is guided by a vision of a world where all Jewish organizations and communities are strengthened by LGBT-inclusive programming, policy, culture, and leadership and where Jews of all sexual orientations and gender identities can live fully integrated Jewish lives. In their work across the nation, Keshet trains educators for LGBTQ inclusion, support families, produce Jewish LGBTQ resources, fight for LGBT civil rights, advance the  movement of LGBTQ Jewish inclusion and equality, and much more.

The Equality Guide
A simple way for lesbian, gay, bisexual, transgender, and queer Jews and their loved ones to find inclusive Jewish clergy and institutions and learn about their policies and practices. Looking for a rabbi to perform a wedding? A day school committed to inclusion? A synagogue where you and your family will feel welcome? Keshet’s Equality Guide

Trainings.
For over 10 years, Keshet has trained and supported Jewish educators, clergy, program staff, camp professionals, youth, and lay leaders to ensure that LGBTQ youth, families, and staff are safe, affirmed, and celebrated in all Jewish educational and community settings. Keshet offers Workshops and professional development training for faculty and staff tailored to meet the specific needs of your community and Consultation with individual leaders, parents, and other community professionals. Check out the Training & Consultation section 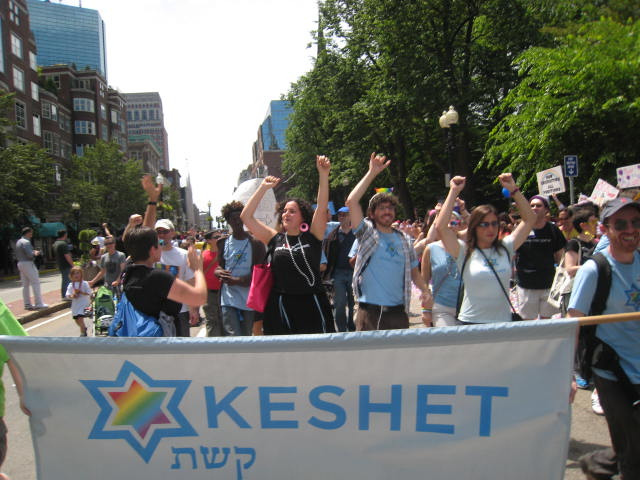