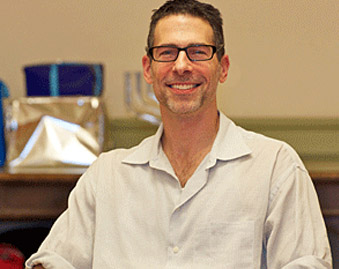 Congratulations to Keshet San Francisco’s office as the Jewish LGBT organization has been awarded two grants totaling nearly $700,000 from two major Bay Area Jewish organizations and has a new director.

The Jewish Community Federation of the San Francisco, the Peninsula, Marin and Sonoma counties and the Walter and Elise Haas Fund awarded the Keshet San Francisco two significant grants.

The grants will be announced and celebrated tonight (Thursday, December 13) at the sixth day of Hanukkah with latkes, drinks, drag, menorah-lighting, and more at the annual LGBTQ Hanukkah party, “Light Up the Bay.”

The event is free to LGBT Jewish community members and their friends.

Many LGBT Jews and allies “feel inspired by the magnitude of the grant” to “dedicate themselves in a greater way,” said Robinson. “The enthusiasm and excitement that I’ve encountered has been enormously encouraging and, in a way, overwhelming,” said Robinson. “This matters to people.”

Read the full story on The Bay Area Reporter