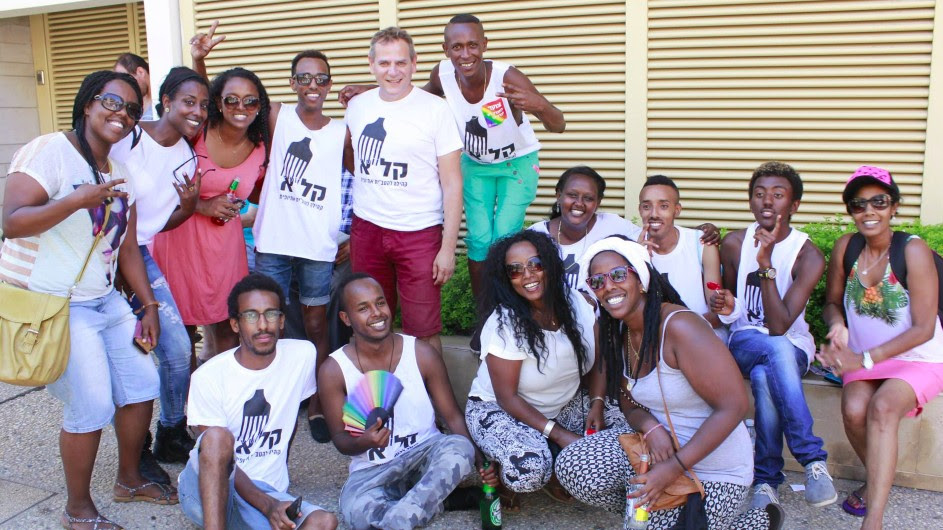 We are thrilled to announced today our groundbreaking April U.S. tour with leaders from the Ethiopian Israeli LGBTQ community. The U.S. tour, presented by A Wider Bridge, will introduce KALA (Hebrew abbreviation of Kehila Lahatabit Ethiopit translated to ‘LGBT Ethiopian Community’) to North America for the first time to facilitate collaboration between diverse communities in the areas of advocacy, human rights and cultural exchange.

“KALA is an extraordinary group of LGBTQ Ethiopian Israelis that is increasing its efforts to address the challenges they face, including discrimination, a relative lack of upward socio-economic mobility and the traditional attitudes of their own families and communities.” said Arthur Slepian, Executive Director of Wider Bridge. “As their community has grown in Israel, KALA works to raise awareness of sexuality and gender issues within the Ethiopian community in Israel and A Wider Bridge is honored to bring the group to the United States.”

The inaugural visit of KALA to the United States is intrinsic to A Wider Bridge’s mission of enabling LGBTQ leaders in Israel and North America to build authentic and meaningful relationships. Through community-wide receptions and meetings with U.S. LGBTQ leaders in five major cities across the United States, A Wider Bridge will enable KALA’s leadership to share their stories and build relationships with communities and new allies in North America. 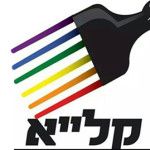 KALA’s advocacy and fellowship for Israeli LGBTQ Ethiopians helps community members manage the duality, and sometimes conflicting challenge, of being both LGBTQ and Ethiopian in Israel. Because of the significant cultural sensitivity that exists in the Israeli Ethiopian community, a part of KALA’s community is still defined as confidential in order to safeguard those who have yet to reveal their sexual orientation or gender identity.

KALA was born eighteen months ago out of the necessity for LGBT support, community and empowerment in the Ethiopian community. The emergence of KALA reflects an exciting development in Israel, in which LGBT activism and visibility reflects the country’s full spectrum of ethnic diversity. Yaniv, Sara and Liel, three of KALA’s leaders, will join with A Wider Bridge to share their personal stories as well as the critical need for KALA – working at the intersection of Ethiopian social justice and LGBT activism.

Israeli LGBT leaders Sarah, Yaniv and Liel will join A Wider Bridge in five cities across the U.S. to share their personal stories and the critical need for KALA – working at the intersection of Ethiopian-Israeli social change and LGBT community activism. 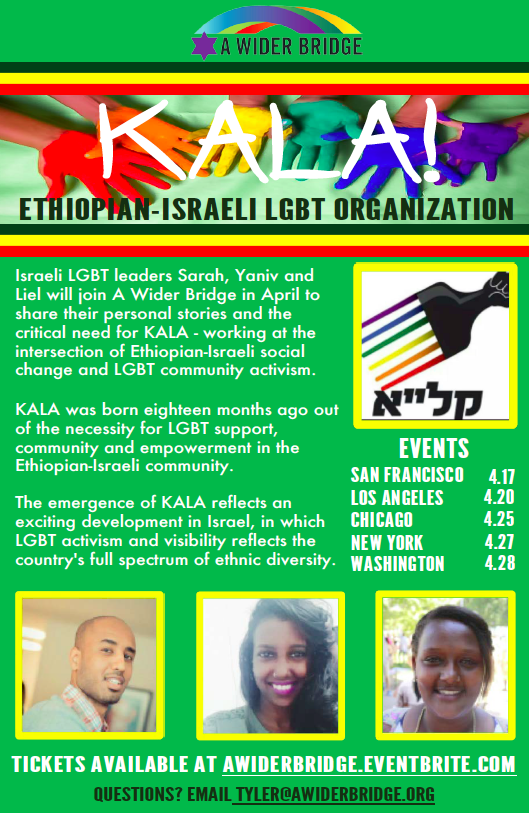