Marching in the Celebrate Israel Parade on Sunday, as the LGBTQ group approached 72nd Street, “one of the JVP disrupters lunged toward the speaker system, pulling out as many wires as she could until our music went silent. At that moment, five other disrupters removed their shirts to reveal red shirts brandished with the words ‘DEADLY EXCHANGE’ in black…” read about the horrific bullying and violent harassment of LGBTQ youth by a group that calls itself “Jewish Voice for Peace.” 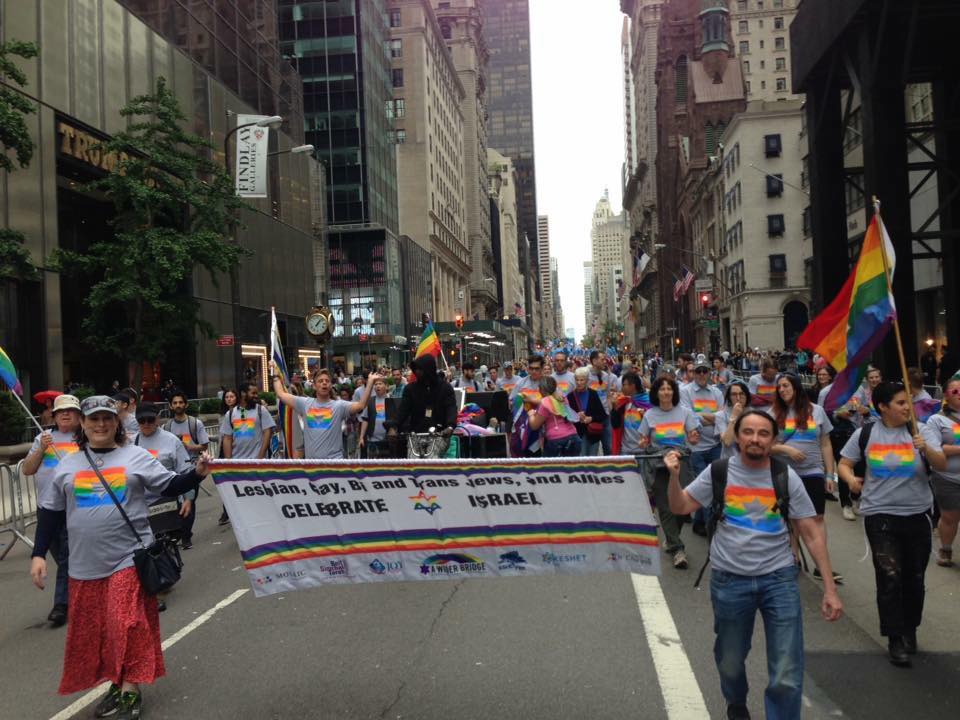 This past Sunday, over 80 people courageously marched in the LGBTQ cluster of the New York Celebrate Israel Parade. JQY believes it is an incredible act of bravery for LGBTQ youth to proudly and openly march through an audience of over 40,000 predominantly religious Jews. Marchers included teens who were kicked out of their homes, schools, and synagogues just for being who they are. These are teens who often struggle with self-harm, suicidal ideation, and internalized shame. Yet almost miraculously, they muster up the courage to face the communities that rejected them. Their message to the Jewish community is very simple: “We all belong.” As far as JQY is concerned, these youth are heroes.

However, in their moment of courage and pride, this most vulnerable cohort of the Celebrate Israel Parade was targeted for sabotage, bullying, and harassment by an organization called Jewish Voice for Peace (JVP). Seven JVP “disrupters” secretly infiltrated the LGBTQ marching cluster. Continue reading on Israellycool

Until 2012, the Celebrate Israel parade had a policy prohibiting openly LGBTQ groups from marching. JQY first marched in the Israel Day Parade in 2012 after the policy was changed. “Every year there are more people celebrating with us and showing us support, said Mordechai Levovitz, executive director of JQY. “The first year we marched, people were a little shocked. You always have a few people covering their children’s eyes, but there’s less and less.”

“We belong in this community,” said Levovitz. “Israel is big enough to include us.”