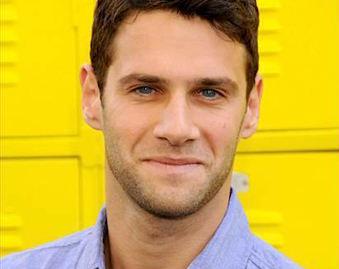 Justin Bartha never set out to make a political statement when signing on to play a gay, expectant father on NBC’s ‘The New Normal,’ but since the show started he used the stage that was given him to speak about marriage equality and other gay issues.

The TV comedy The New Normal from Glee creator Ryan Murphy centers on engaged couple Bryan (Andrew Rannells) and David (Bartha) who, with the help of a surrogate, are expecting their first child.

“It’s coming on the heels of a very important decision,” he said in an interview Friday in Los Angeles. “It’s not often as an actor you get to be involved with a project that seems to be on the right side of history.”