Veteran news reporter and political commentator Amnon Abramovich used a disgraceful word when speaking about the conduct of Isaac (Buji) Herzog in the Israeli elections last year. The word he used was “Coccinelle,” which is the Israeli equivalent to “Tranny,” and was originated in the 1960s when the first ever transgender performer, named Coccinelle, came to perform in Israel and was mocked. 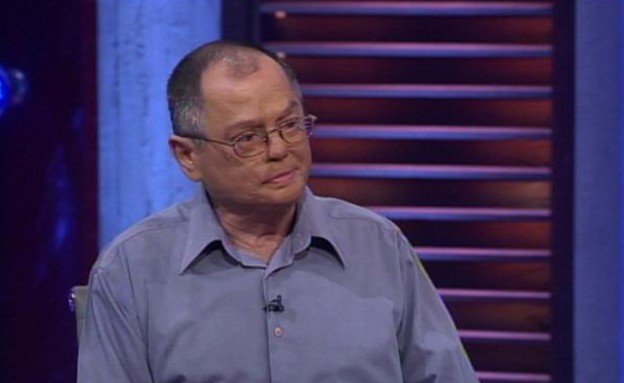 Chen Arieli, co-chairman of the Aguda: “It’s not appropriate to his status as a media personality.” Abramovich responded: “I was quoting the folklore of football fields.”

During a Capital Markets Conference of the economy paper “Calcalist” held Wednesday, in a panel discussion of last year’s election campaign, Abramovich talked about his experiences from that election, during which he understood, despite the close race,that Netanyahu was a sure winner. According to Abramovich, it is perceived by the public that “you can’t win a derby or the elections with a tranny.” When his co-panelist, political commentator Amit Segal, called out Abramovich for his remark, Abramovich replied: “I’ll take the risk.” The news first appeared on Israeli website ‘Walla!’.

Senior gay community leaders were quick to protest. “The Aguda takes a stern view of the statements made against MK Herzog by Abramovich,” Chen Arieli, co-chairman of the Aguda said. “The transgender community in Israel is exposed to discrimination and violence on a daily basis, and using a mocking word when it jokingly refers to MK Herzog, is not worthy of Abramovich’s status as a media personality in Israel.”

Abramovich explained his words to Israel website Mako: “I quoted statements of folklore, not my opinion, from the football fields. This is, of course, not something I say and not my approach, and if someone was hurt by it – of course this was not my intention. My opinion and attitude towards all communities, regardless of religion, race, sex, gender or sector, has been known for many years. it is therefore important for me to stress that any attempt to use the quote in a hurtful connotation is unacceptable.”

The Aguda and organization Maavarim for the Transgender Community requested to note that a conference on the visibility of the transgender community in the media will be held next Thursday at Tel Aviv’s LGBT Center and Abramovich received a personal invitation to appear there- and they hope to see him there.