The Jerusalem Open House (JOH) is calling on the Israeli legislators to respond to public appeal and complete the necessary legislation to equate the status of LGBTQ people with the rest of their fellow citizens.

Despite disparities within Israeli law, since the beginning of the LGBTQ rights movement in Israel, the vast majority of LGBT legal advancements were not achieved through legislation in the Knesset, but through the court system. Over the past few weeks we have witnessed a wave of pro-LGBT legislation coming from both members of the coalition and opposition, yet this legislation is either being rejected, or prolonged  and is unable to come into reality.

We are at a turning point in history. This is a time where there is unprecedented support by the vast majority of Israeli society calling for equality for the LGBTQ community.

The LGBTQ community around Israel has responded with anger at attempts to stop the legislation efforts. Over the past few weeks different LGBT organizations have spoken in the media and held demonstrations denouncing those who oppose the legislation, and at times have lead an aggressive tone against specific politicians. JOH wishes to change the aggressive discourse and create channels for dialogue in an effort to save the proposals.

The proposals in question include:

These bills, as any bill regarding LGBTQ rights in Israel, face grave difficulties due to coalition agreements in the government, granting veto power to minority groups within the legislator (the Knesset). As a result, we fear that these bills, as well as any future bills for LGBTQ rights, will not be able to come into reality in the current coalition, unless we action now.

In addition to these specific proposals, the LGBTQ community of Israel has identified 700 clauses in Israeli laws which enshrine inequality for the community, and have presented to the Knesset the “National LGBTQ Bill of Rights” to correct these clauses. In order to secure the future of the LGBTQ legislation, it is necessary that political parties find a way to overcome their disagreements and fulfill their commitments to the public. Our campaign will call on political leaders from all parties to join in an effort to correct this state of inequality and find solutions to disagreements, building bridges between right and left, religious and secular.

The JOH is opposed to violence in any form, and specifically opposes the expressions of violence made against MK Ayelet Shaked. Also, we are opposed to the institutionalized violence against the LGBTQ community in Israel. JOH calls on members of the Knesset from all corners of the political spectrum to join a demonstration on Monday, December 30th, in support of equality for the LGBTQ community.

By holding a public campaign and demonstration, JOH hopes we can release the political deadlock the coalition parties have created on LGBTQ issues, and change the current anti-LGBTQ legislation culture.

The Jerusalem Open House (JOH) – a grassroots, activist organization of lesbian, gay, bisexual, transgendered and queer (LGBTQ) people and their allies – aims to provide direct services for the LGBT community in our city and to secure LGBT rights in Israeli society at large, while reaching out with our message of equality and acceptance to all those that hold Jerusalem as a holy city. With a constituency as diverse as the city itself, JOH transcends political, ethnic and religious boundaries to build and unite a community in pursuit of the common goal of tolerance and mutual support.

Operating in Jerusalem, we continue to work to increase Jewish pluralism through the many areas of our work. We strive to help the Jewish world become open to all, regardless of sexual orientation and gender identity. 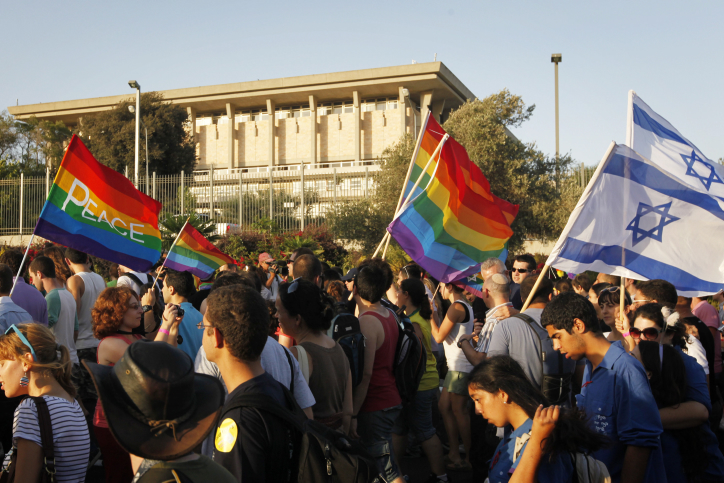