Chaim Levin,now 23, alleges he received “humiliating” gay conversion therapy and was “misled” into thinking he could become straight by JONAH, a Jewish center in New Jersey that offers therapy to reverse homosexuality.

Four gay men and two of their mothers filed the suit Tuesday in New Jersey Superior Court against Jews Offering New Alternatives to Homosexuality, which offers treatments that the group says can turn its clients straight. Some of the treatments include using rabbinic writings on the subject of homosexuality.

The lawsuit, which was filed through the Southern Poverty Law Center, maintains that the center uses misleading pretenses to entice clients to enroll in its program. The plaintiffs are previous clients of JONAH.

“JONAH profits off of shameful and dangerous attempts to fix something that isn’t broken,” said Christine Sun of the Southern Poverty Law Center. “Despite the consensus of mainstream professional organizations that conversion therapy doesn’t work, this racket continues to scam vulnerable gay men and lesbians out of thousands of dollars and inflicts significant harm on them.”

The plaintiffs include Michael Ferguson, Benjamin Unger, Sheldon Bruck and Chaim Levin (in the photo below), all of whom used the services of JONAH when they were in their teens or young 20s. Two of the men’s mothers, Jo Bruck and Bella Levin, who paid for therapy sessions that could cost up to $10,000 a year, were also plaintiffs.

One of the plaintiffs alleges that therapy sessions that involved a virtual “strip tease” in front of an older male counselor, as well as reliving abuse and homophobia were “humiliating.” 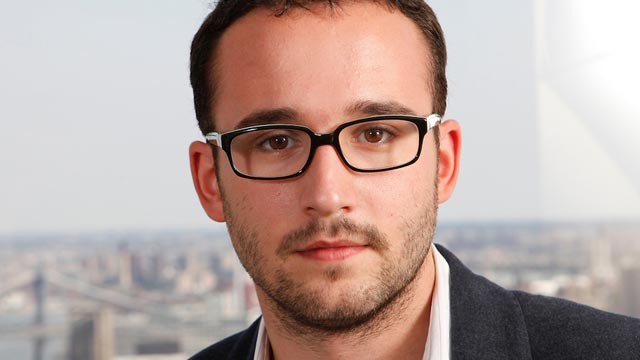