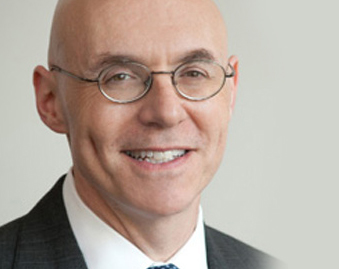 Andrew Rehfeld, President and CEO of Jewish Federation of St. Louis, writes about the LGBT inclusive approach of the Federation

The United States Supreme Court’s ruling last Friday to extend marriage equality to all people was a landmark decision. It came in the same week that public opinion turned decisively against the display of the Confederate flag. After the horrific shootings in Charleston, South Carolina earlier in June, the flag became a recognized symbol of slavery, oppression and racism that even its strongest defenders could not ignore. These two events, coming within days of each other, seem to signal a dramatic shift in public opinion in favor of institutional equality and justice for all. After a year of disheartening news focused on discrimination and racial inequity, both achievements were broadly welcomed.

Based on public pronouncements by major Jewish organizations that represent the vast majority of American Jews, our community was enthusiastic about both of these changes. Indeed, many people noted with pride that all three Jewish Supreme Court justices voted to approve the decision — Breyer, Ginsburg and Kagan — and many of the advocates who contributed to the marriage equality movement over the last 20 years were Jews as well.

Sadly, the Jewish identity of some leaders of the marriage equality movement and the three Supreme Court justices has caused some to “blame” Jews for what they see as the desecration of the traditional institution of marriage.

And yet our community is diverse with some still opposing the extension of marriage equality to gays. The Orthodox community, for example, in its commitment to Torah Judaism and tradition, stands by and large in opposition to homosexuality and in particular gay marriage. In statements by at least two major Orthodox organizations, the decision was viewed as a further assault on traditional values and western civilization. These were not fringe groups, but rather groups that embrace what they see as the unchanging ethical demands of our tradition.