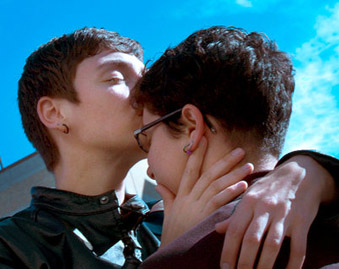 The issue of marriage equality — whether same-sex couples should be allowed to wed legally — won’t be disappearing from conversation, or from ballots, anytime soon. In upcoming elections, four states will vote on some form of marriage-equality legislation.

The documentary “Question One” explores the debate by looking at both sides. Filmmakers Joe Fox and Joe Nubile focus on controversy in Maine, where a 2009 state referendum asked citizens whether they wanted to repeal a recent law allowing same-sex couples to marry — a battle similar to the one in California, where voters the year before had approved Proposition 8 to overturn same-sex marriage.

Fox — the gay son of an Orthodox rabbi — will be on hand for a Q&A following a screening of the film at 7:30 p.m. Sunday, Oct. 28 at San Francisco’s Vogue Theatre. The event is co-presented by Keshet, the national advocacy nonprofit for LGBT Jews; the Swig Program for Jewish Studies and Social Justice at the University of San Francisco; and the JCC of San Francisco.