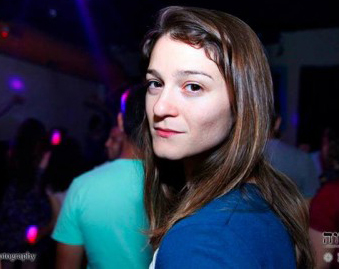 Sarah Weil is a student of philosophy and Jewish Thought. She is a resident of Nachlaot (a neignborhood in Jerusalem). She is a community leader and an “out” Orthodox Lesbian. 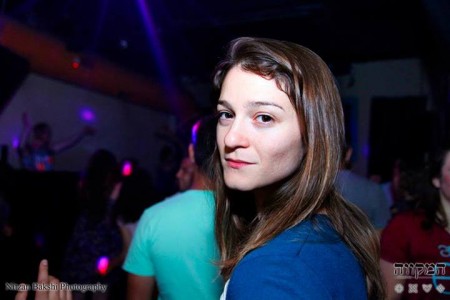 Sarah describes herself as a lover of Jerusalem and a lover of Israel. Sarah Weil lives on Narkis Street, right on the southern border of Nachlaot. She is 29 years old and has lived in Israel for 8 years, 7 in Nachlaot. She grew up in Central California. Sarah’s reason for choosing Nachlaot to live in is similar to many others’.

As she so movingly put it, “Nachlaot is the intersection of Jerusalem and Israel in general. It’s where all the different colors and flavors are. It’s where the bubbling diverse communities of a rich and complicated city meet, where the modern world and the traditional world meet, where religion and secularism, where Israelis and people from all over the world come together. The first Shabbat meal that I had in Israel was when I was a student at Nishmat and it was on Narkis Street.”

Sarah was actually Haredi when she first moved into the small Ultra Orthodox neighborhood, Shaarei Chesed, which borders Nachlaot to the South. She had spent the previous year living in Har Nof and at the time she wore only skirts and dresses. This contrasted starkly with her attire when I spoke with her at the Nocturno Café on Betzalel Street. She wore cut off faded denim shorts and an open collar shirt over a tank top. She had obviously undergone a few changes since her first years in a Haredi women’s seminary.

Read the full story on Jewlicious