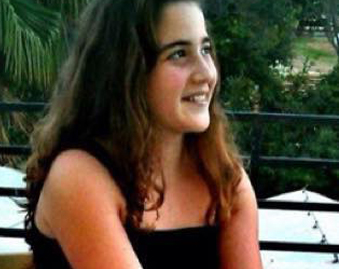 Livne Tslil, an activist at the Jerusalem Open House who’s on board for this year’s Jerusalem Pride Parade, writes about the parade. It will mark a year since the murder of Shira Banki Z”L, and it’s planned to be more powerful and moving than ever. 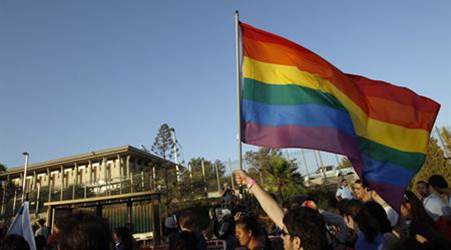 We went through a lot this past year, in Jerusalem and in our community in general. The stabbing created agitation in all of us, from those who received an activist urge to those who were sunk in grief. Then came the suicide of May Peleg, former Chairman of the Jerusalem Open House. This added more pain, more in-depth thoughts on the community, on its difficulties and on the other hand on its importance in times of crisis.

In the days and weeks following the murder at the gay pride parade, the ways in which the community members were coping varied. There were those who contributed almost automatically to generate protest and memorial rallies for Shira. And there were those who stopped, took a breath and tried to relax. In the early days I visited the Open House daily, which became a community center more than ever and was open all day long. Many people came, and there was a sense of togetherness that was very strong. While in Tel Aviv people fought over the identity of their speakers at the rally, in our place there was a sense of brotherhood, there was unity. Most of us, according to my feelings, were still busy trying to take in what had just happened. And the energies were invested in activities, whether it was rallies, a weekly discussion circle at Zion Square, or other activities.

Throughout this year the next parade was running through my head in various forms: slogans, signs, pathways, thoughts about what will be, who will speak, how can I help, who will I walk with, how many people will come, how much media coverage will it receive and more. This was clear and obvious to me: that I will take part. As Jerusalem drag queen Gallina for de Bra told me on the night of last year’s pride: “They might have destroyed your makeup, but they can never destroy your spirit”.

Now we begin. With lots of excitement. We’re about to start preparing for what feels like the main event of Pride events and the LGBTQ fight in Israel. There is a sense that a year after the murder, there will be an unprecedented parade. Bottom line: we are hoping it will. Hoping for a double and even a triple number of participants. With a broad reference in all the media and in politics. This parade for me is a test of Israel’s liberal public. For anyone who believes in equality of human value, it’s time for them to stand and raise their voices in protest. To stand up for our right to live in dignity and security, in Israel and especially in Jerusalem.

The parade’s production process is open to the public, which is good. It comes from representatives of a wide range of perceptions that are expressed, and begins the regular but important discussions. Discussions about the nature of the campaign, the identity of the speakers and the overall message. There are those who want the campaign to be angry, a mad march that demands rights and protection: “set the streets on fire.” On the other side, there are those who want the message to be as “mainstream” as possible, to aim at the widest common camp of society, whether it is military service or tax payments, to highlight that we are “contributing citizens.” We are doing everything we can to include as many hues of the community as possible: with questionnaires, with the design, with creativity that our community is so blessed with.
And I didn’t even touch the central point, that for me is obvious: we are not going anywhere. Violence will not scare us, it will only spur us, to continue to remind us why we’re doing this. We will continue to fight. For equality, for the freedom to live our lives with dignity, for the right to security. Finally, thanks to all of us, love will win.