The 2016 Jerusalem March for Pride and Tolerance is a week away, and the Jerusalem Open House has published the calendar of events for Pride Week.

Saturday, July 16: Poetry for Shira Banki
Artists share their written poetry, spoken word and music in honor of Shira Banki, who was murdered last year in the attack on the Jerusalem Pride March. There will also be a screening of the new film “Jerusalem is Proud to Present” and a QA with the director (Hebrew).
Where: 23 Israel Zangvill Street, Jerusalem
When: July 16, 2016 at 7:45 pm

Sunday, July 17: Modern Family
Come meet with the real people of Jerusalem’s LGBT community, hear their stories and get to know them as people. There will be stories told from a members of the religious community who have LGBT family members, one mother who has a gay son, and a man who has a gay mother. (Hebrew)
Where: Tmol Shilshom, 5 Yoel Moshe Salomon Street, Jerusalem
When: July 17, 2016 at 9:30 pm
Cost: 30 NIS minimum purchase from Tmol Shilshom menu

Monday, July 18: Rainball Jerusalem
Stand against homophobia in soccer culture and have some fun playing the beautiful game. The open and inclusive tournament is brought to you by Rainball Tel Aviv organization, Hapoel Katamon Football Club, Jerusalem Open House for Pride and Tolerance and the Kick Racism Out of Israeli Football initiative.
Where: 52 Bar Yochai Street, Jerusalem
When: July 18, 2016 from 6:30 to 8:30 pm
Cost: Free!

Tuesday, July 19: Drag Show at the First Station
Jerusalem’s most notorious drag queens take the stage for the performance of a lifetime. There will, of course, be song and dance, as well as a little history lesson on drag in Jerusalem.
Where: First Station, 4 David Remez Street, Jerusalem
When: July 19, 2016 at 10:00 pm
Cost: Free

Wednesday, July 20: Queerka #4
Poetry Slam, fighting for a more inclusive Jerusalem through words and poetry! (Mostly Hebrew, but all are welcome!)
Where: Gan Hasus, Jerusalem
When: July 20, 2016 at 8:00 pm
Cost: Free 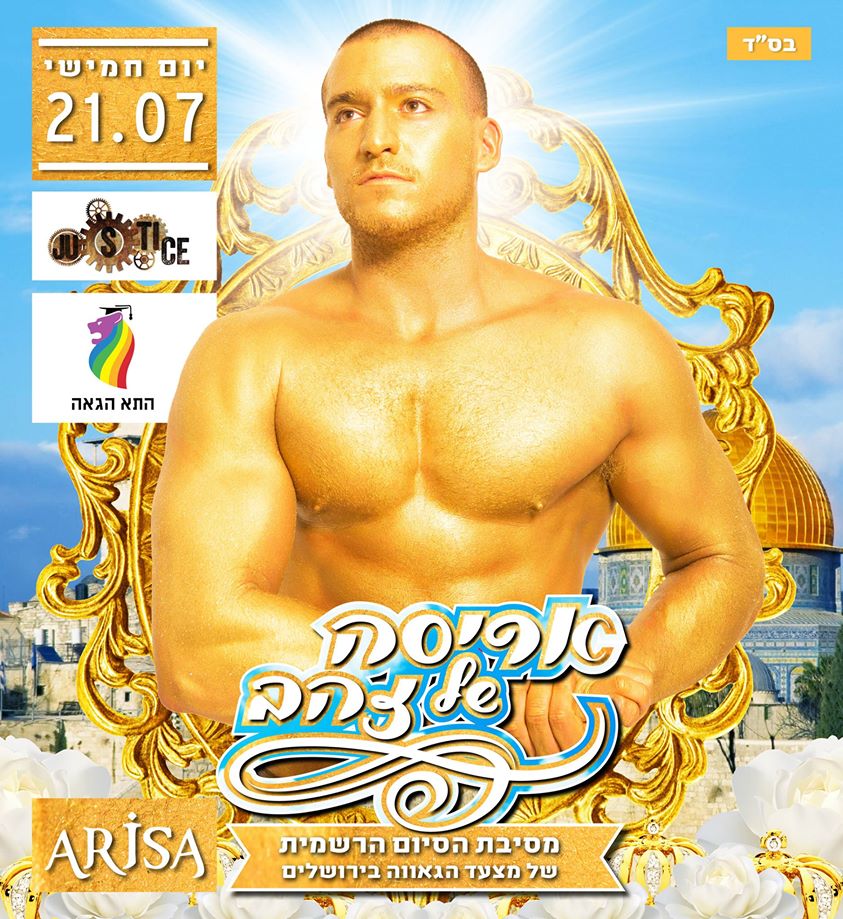 Thursday, July 21: Arisa Shel Zahav
A full on Pride party in honor of the Jerusalem March for Pride and Tolerance at Justice near the First Station. It’s gonna be wild!
Where: Justice, 28 Hebron Road, Jerusalem
When: July 21, 2016 at 10:30 pm
Cost: 60 NIS

Friday, July 22: Jerusalem Pride Shabbat dinner
Friends, family and members of the Jerusalem LGBT get together for an inclusive community Shabbat dinner, including prayer services, candle-lighting, friendly discussions and, of course, food.
Where: TBA — details will be sent to all registrants
When: July 22, 2016 — exact time will be announced to registrants
Cost: TBA
Register: tehilevy@gmail.com