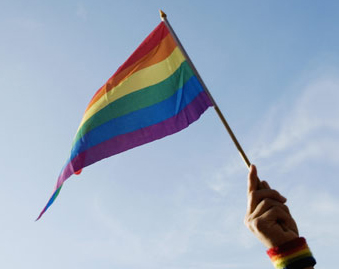 JCC Association in partnership with Keshet, a national organization that works for full LGBTQ equality and inclusion in Jewish life, have formed national alliance to better support JCCs across the country in developing programming, facilities and policies that are more inclusive to LGBTQ families and individuals.

“In the wake of the tragic event that took place in Orlando, it is more important now than it ever has been to show that we are standing in support of the LGBTQ community,” said Catherine Bell, Keshet’s national program director.

“JCCs have a powerful role to play in offering spaces that are both welcoming and safe for the LGBTQ community.”
The partnership marks a new, more intentional, and more formal phase in the relationship between the two Jewish organizations. JCC Association is the leadership organization to JCCs, YM-YWHAs and camps throughout North America, provides ongoing professional training and support.

“JCCs are inclusive environments with broad reach in their communities,” said Joy Brand-Richardson, JCC Association vice president and director of training and professional development. “We can truly model b’tzelem elohim, that we are all created in God’s image, through the work we do welcoming the LGBTQ community.”

Keshet already has a track record working with JCC Association, Bell noted, having led numerous staff trainings and webinars for JCCs in recent years. Those offerings provide guidance to JCC professionals who serve a broad range of interests, including summer camps, fitness and wellness and marketing and communications, to name a few.

As an outgrowth of those trainings, Keshet has been able to work more closely with individual JCCs, providing guidance on developing practices and policies for inclusion of the LGBTQ community. Most notably, the Asheville JCC in North Carolina, after participating in a Keshet-JCC Association webinar about transgender inclusion in locker rooms, worked closely with Keshet in the wake of North Carolina’s HB2 laws that prevents transgender people from using public bathrooms that correspond to the gender with which they identify. The JCC was able to develop locker room and bathroom policies as a result.

“It was really powerful, that in a state at the center of this national conversation, they sought us out,” said Daniel Bahner, Keshet’s national manager of education and training. “Since then, a local LGBTQ organization has connected with the JCC because they felt the JCC was the only safe, welcoming space where it could hold an event.”

In addition to webinars and policy development, Keshet can offer inclusion training, action planning and year-long coaching through the Keshet Leadership Project, and leadership development programming for LGBTQ and ally teens to take back to their own JCC teen programs and camps. In turn, JCC Association provides reach and networking by including Keshet in its professional conferences, and will ensure that JCCs know when a Keshet Leadership Project cohort is commencing in their area. As well JCC Association will provide program opportunities for engaging LGBTQ communities for local JCCs.

“By strengthening this partnership, JCC professionals will have access to training for both leadership and front-line staff, as well as a broad scope of service addressing LGBTQ inclusion,” said Brand-Richardson. “We feel that JCCs can only benefit from the relationship, and with their broad reach, be at the forefront of LGBTQ inclusion within their communities.”