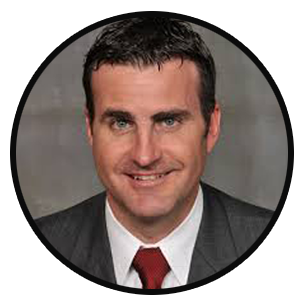 A Wider Bridge Board Member James Moon explores how AWB is uniquely positioned to confront anti-semitism.

With my background, I imagine I am not the type of person that leaps immediately to mind when thinking of the stereotypical Zionist or an A Wider Bridge Board member.

I am a secular Christian who grew up in a small desert town nestled between the oil fields of West Texas. I am a Gulf War veteran of the United States Navy Submarine Service, and after my 10 years in the Navy, I went to law school and ended up making a living as a corporate bankruptcy lawyer in Miami, Florida. But I am also a gay man. And that identity as a gay man, growing up in environments where my identity could (and often did) lead to my being ostracized or attacked for being gay, gave me a unique insight into the nature of bigotry and hatred and an understanding of how it feels to be on the receiving end of such hatred.

While I fight against all forms of bigotry and hatred, I recognize that the most ancient and persistent hatred humanity cannot seem to shake is anti-semitism. While anti-semitism has typically been associated with the far right, the sad reality is that the incidences of anti-semitism on the left have been increasing. Whether it’s incidents such as the barricading of Israeli LGBTQ activists at the Creating Change conference by pro-Palestinian activists, or the forcible removal of a Zionist Lesbian from the Chicago Dyke March, or even the embrace of Louis Farrakhan by leaders of the Women’s March, anti-semitism is not only a problem on the left, but it worsens with each passing year.

There are many organizations dedicated to fighting anti-semitism as it reveals itself on the far right, but few know how to address this hatred when it comes from the far left. A Wider Bridge is such an organization and in my opinion unique in its ability to effectively counter anti-semitism in the LGBTQ advocacy and civil rights communities. 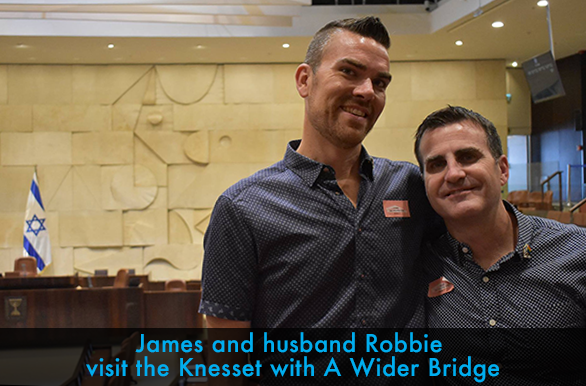 As an officer and director of A Wider Bridge, it has been my privilege and honor to support this organization’s primary mission to advocate for equality in Israel, and equality for Israel. For example, A Wider Bridge brings North American LGBTQ leaders to Israel to learn what it is like to be Israeli, Palestinian or an LGBTQ person fighting for their rights. Conversely, A Wider Bridge brings LGBTQ leaders from Israel to North America to share their experiences and activism with progressive LGBTQ advocates here.

When organizations or governments around the world harm LGBTQ rights, or take anti-Semitic positions or actions, A Wider Bridge is there to mobilize and galvanize opposition. A Wider Bridge regularly exposes and condemns anti-semitism, whether it occurs on the right or the left.

Thank you for building bridges with us,

–James Moon
Board Member and Secretary of Wider Bridge