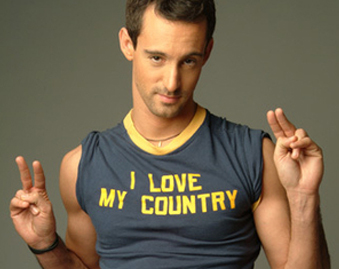 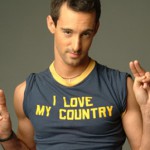 Ivri Lider is one of the most successful Israeli musicians of his generation, appreciated by fellow artists, critics, and the public alike. Through his lyrics, Ivri brings to life the thoughts and day-to-day encounters of a new generation of Israelis – a generation he calls “The New People.”

Born on a Kibbutz in 1974, Ivri took his first musical steps while still in high school. At the age of 17, he started a group called Everyone Does It Like This, whose gigs included a performance at the legendary Roxanne Club in Tel Aviv. As he continued to refine musical skills throughout his teen years, renowned Israeli modern dance choreographer Anat Danieli commissioned Lider to compose the music for two of her pieces, “Kisses” and “October.” Shortly thereafter, he was tapped by Ohad Naharrin to compose the music for “Kaamos,” which Naharrin choreographed for the famous Dutch dance company, NDT.

At the young age of 21, Israel’s leading dance company, Bat Sheva, chose Lider to compose the entire score for Z/NA, making him the youngest person to compose an entire evening of music in the company’s history. Just a few years later, one of Israel’s largest record labels, Helicon Records, signed Ivri to produce his first album after receiving his demo tape in the mail.

His debut album, “Caressing And Lying”, was produced by Yo’ad Nevo and released in 1997. The singles “Leonardo” and “Always Love” were overnight radio hits, skyrocketing the record to Platinum status. Ivri’s second album, “Better Nothing Than Almost”, was released two years later. Again written entirely by Ivri, who this time co-produced with Nevo, the album included hits such as “Striped Shirt”, “The Blue Glass” and the title track. It was around this time that Ivri came to a major decision in his personal life, and decided to speak honestly and openly about his sexuality. He gave a cover-story interview to Gal Uchovsky, for the daily newspaper Ma’ariv, which attracted widespread attention across the country. Despite the publicity it created, Ivri received warm and loving feedback from his fans, for which he is grateful to this very day.

Not content limiting his musical prowess to just record stores, Ivri composed original music for Eytan Fox and Gal Uchovsky’s film “Yossi and Jagger.” The soundtrack included a cover of Rita’s 1980s hit “Come” sung by Ivri. This new interpretation of Rita’s classic hit received rave reviews and became one of 2003’s most popular tracks on radio throughout the country. Ivri also collaborated with actress Meital Duhan. Their show “Love and Sex During the Days of Awe” combined music, theatre and recitation that were specially created for this show.

A poet at heart, Ivri also published a book of poems he had written throughout the last decade. In 2004, Ivri again composed music for another Fox/Uchovsky film, “Walk On Water,” the soundtrack of which included a rendition of the classic Esther and Avi Ofarim hit “Cinderella Rockefeller” sung by Rita and Ivri. The soundtrack also features a remix of Ivri’s edgy rock song, “Mary Forever.”

“It’s Not The Same Thing” was released in February 2005 and immediately became a hit, again reaching Gold status in no time. In this album, Ivri decided to create a clean and completely different sound. An orchestra of 40 musicians played the string instruments heard throughout the album. Ivri’s musical gamble paid off. The album’s first single, “I’ve Known Love,” was a soft, sweet piano-based single that became an instant success, further solidifying Ivri’s place as a leading Israeli musician.
In October 2005, Ivri was publicly rewarded for his most recent display of musical foresight and creativity. He was given Male Singer of the Year award from all the major national and local radio stations, and was then awarded Best Male Singer and Best Live Show at the Israeli Music Awards. In June 2006, Ivri’s 3rd collaboration with Eytan Fox and Gal Uchovsky produced the score for their newest feature film, “The Bubble.” This time Ivri also appeared in a beautiful cameo where he sang the Gershwin classic, “The Man I Love.” By the end of the summer of 2006, Ivri was selected by Time Out Tel Aviv to be on their list of the “200 Coolest People” and was also mentioned as one of “The Most Beautiful People” on the Hip List of Israel’s “People” magazine.

For Lider, 2007 was one of his busiest years so far. In May, Sony Music released its first GLBT compilation under their boutique label, Music With A Twist. Ivri’s single, “Jesse,” was one of thousands of entries received from across the world, and Ivri was the only non-American artist chosen to appear on the CD. The video for “Jesse,” which was filmed in north Tel Aviv, has received widespread buzz in the blogosphere, even prompting Perez Hilton to post the video on his website and call it “Just Gorgeous.” The video is now on rotation on LOGO’s Click List and is generating lots of traffic on YouTube. The following month, Ivri was named to OUT Magazine’s list of the
100 most important people of 2007, which will hit newsstands in December. He was also featured on CBS News on LOGO, where he was interviewed by fellow Israeli, Itay Hod.

At the beginning of 2011, Ivri completed his work on the soundtrack of “Aluminium” – a dance performance that has gone nationwide. a Few months later, on July 2011, Ivri launched his new art-music project “The Young Professionals”.