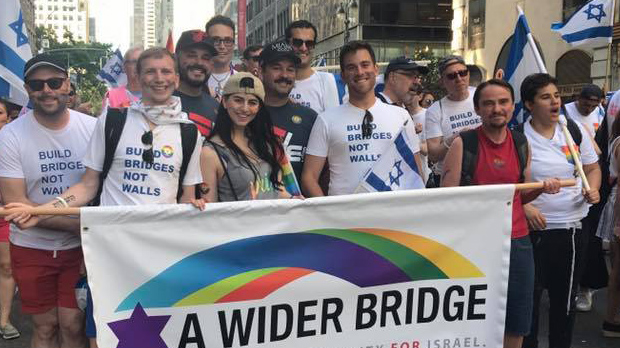 Being pro-Israel at LGBT events has become difficult, LGBT Jewish leaders say, and at times the opposition to Israel has spilled over into making Jews feel uncomfortable about displaying their identity. 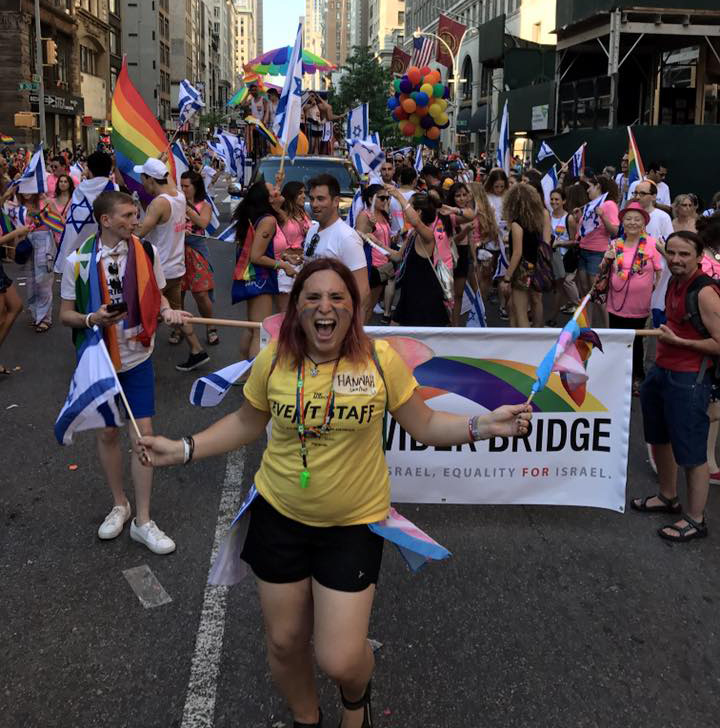 For years, Laurie Grauer had waved a rainbow flag emblazoned with a Jewish star at the Chicago Dyke March, sometimes marching near activists waving Palestinian flags. It had never been a problem.

But this year, Grauer was confronted by the LGBT parade’s organizers, questioned about her support for Israel and asked to leave because she was carrying the flag. She was one of three women with Jewish flags kicked out of Sunday’s parade.

Grauer says she was used to Israel being a sensitive issue in queer spaces. But she did not expect to be condemned for displaying her Jewish identity.

“To say that you can only identify one way is very dangerous,” said Grauer, the Midwest manager for A Wider Bridge, a pro-Israel LGBT group. “Here you have this march that is supposed to be something for people that feel oppressed, invisible, marginalized, [where] they can be who they are. I wasn’t pushing my views on people and was told the way you’re expressing yourself is unacceptable.”

The incident at the Dyke March was just the latest in a series of clashes over Israel at activist events for the Lesbian, Gay Bisexual and Transgender, or LGBT, community. Being pro-Israel at LGBT events has become difficult, LGBT Jewish leaders say, and at times the opposition to Israel has spilled over into making Jews feel uncomfortable about displaying their identity.

Similar tensions arose earlier in June at the Celebrate Israel Parade in New York City, where activists from the far-left Jewish Voice for Peace infiltrated the parade delegation of Jewish Queer Youth, an LGBT group, and held anti-Israel banners. One of the protesters said he was there to “counter Israel’s pinkwashing” — that is, to stop the pro-Israel LGBT group from using Israel’s relatively progressive attitudes to distract from the Palestinian issue.

Last year, an event featuring an Israeli group at an LGBT conference in Chicago was canceled, then reinstated, and took place amid vocal protest.

Nor are these debates new. In 2011, New York City’s LGBT Community Center agreed to lease space to Queers Against Israeli Apartheid, leading gay adult film star and pro-Israel activist Michael Lucas to call for a boycott of the center. The center relented, opting not to host any groups connected to the Israeli-Palestinian conflict.

“We’ve seen that in a number of different settings, these kinds of incidents have absolutely been increasing in frequency,” said Idit Klein, executive director of Keshet, an LGBT Jewish organization. Continue reading on JTA