Imri Kalmann, co-chair of the Aguda, was interviewed by local Tel Aviv radio station 103FM about the decision of the Ministry of Tourism to spend money on an ad campaign to attract gay tourists while the government has done nothing this year to make LGBT people’s lives better inside the country. “It has been the worst year for the LGBT community in Israel,” Imri said. 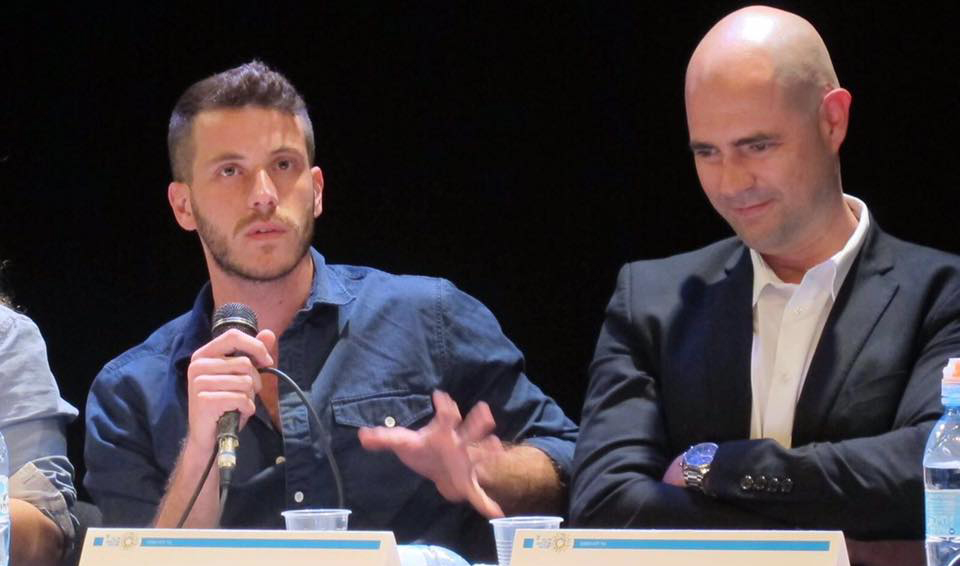 In a radio interview with Gabi Gazit on Tel Aviv area’s 103FM radio station, Kalmann said that the LGBT community in Israel follows closely what’s happening in the world with regard to LGBT equality, and it looks as if for many other countries it has been a good year. “Many countries are approving same-sex marriages, the last of which has been Colombia, which is somewhat considered a third-world country, and here in Israel it has been a very bad year for our community. The worst,” Kalmann said. “I mean, none of the equality bills passed, none of the budgets has been increased despite explicit promises of government ministers to increase them, the murder of a teenage girl in the Jerusalem Gay Pride Parade, and then what do we discover? That the government has decided to paint a plane in rainbow colors that will fly around Europe and tell the Europeans how great it is for LGBT people in Israel. This is absurd.”

According to Imri, the reason why he lives in Tel Aviv is because this is the only place in the country where LGBT people can live freely. “The Tel Aviv Municipality really embraces the community, not only on Gay Pride in order to bring tourism. There’s an LGBT center here, and shelters for youth, and a budget that is brought to the community. Yet in the national government it’s the exact opposite. They use only the tourism ticket.”

“We sent a letter to the Prime Minister’s office, we also published it in the media; it’s very polite, very well-worded, a document that demands an increase in the budgets. It’s been more than three weeks, and nothing. We didn’t get any response,” Imri said. “”At the same time, they found the time to paint a plane in rainbow colors, which is, again, simply outrageous.”

Imri said in the interview that the community’s struggle for a budget is only secondary to the social struggle. The budget is needed because the country doesn’t provide services that it should provide for LGBT people. “People sometimes ask me why we even call ourselves a community,” Imri said, “and the answer is very simple; Ethiopians, for example, are also a minority in Israel. But when an Ethiopian kid who feels he’s in a minority at school, comes home, he comes back to his Ethiopian family and his Ethiopian community. When a gay kid comes home, when he’s in a minority at school, he comes back home where he’s different there too. He doesn’t have a community that surrounds him, and most of the time the family, the place where you’re supposed to feel the most secure, is the most hurting source for LGBT individuals.”