In a new interview during the High Holidays, Assi Azar, who was ranked this year as #2 on the “Most Beautiful and Appropriate” celebrity list by entertainment magazine “Pnai Plus,” says that this past year has been a peak in his career, and he deals with that with a lot of anxiety and pressure.

Assi Azar, 34, appears non-stop on Israeli TV. He’s the host of the Israeli “Big Brother,” the new host of “The Next Superstar” (an evolutionary version of “American Idol”), he’s currently also developing  his own TV show and endorsing a big Israeli store. “I’m full of anxiety,” he revealed to the magazine in an intimate interview. “Every bad thing seems to me like the end of the world. Every sore thought- a terminal illness. I blow out of proportion everything that happens to me and I stress myself. I’m a person who doesn’t know how to enjoy the process, only the result.”

Assi also applied his anxiety to the Jewish New Year. “This year is going to be the busiest ever,” he tells the magazine. “This is the peak of my career, so I don’t really know if it can get any better. I guess that from here it can just go down and be boring.”

What would you do if you weren’t a TV host?

“I guess I would have been a failing actor. This is a bad answer, because I’ve never wanted to be anything other than this.”

Assi Azar also talks about his celebrity crush. “I read that Wentworth Miller came out as a protest against what’s been happening in Russia. He was supposed to arrive there with one of his movies and he won’t go. That really moved me.”

“This is someone whom I’ve admired for many years, though I haven’t seen even one frame of Prison Break. A year ago I discovered that he’s writing a new movie and that was exciting to me, because it means that we have parallel parameters in life. He really closed a circle for me when he came out.”

In the meantime, Azar is planning his next vacation with his boyfriend – driving a car from one country to another, and just enjoying each other. “I made a vow to myself that this year I’ll take two months off and won’t work even a day during that time,” he says. “It hasn’t happened in the past 10 years, because there wasn’t a day when I wasn’t working. Even when I went to Thailand I took my laptop with me and went over scripts for my show.”

Is there a wish that you’re afraid won’t come true?

“Yes, At this moment I pray with all my heart that the guy who’s accompanied me in the past year will be the guy who’ll  be with me forever, and I really hope it comes true. Love, to me, is the most important thing in the world, more than anything, and I really want this dream to last forever, just the way it is now.” 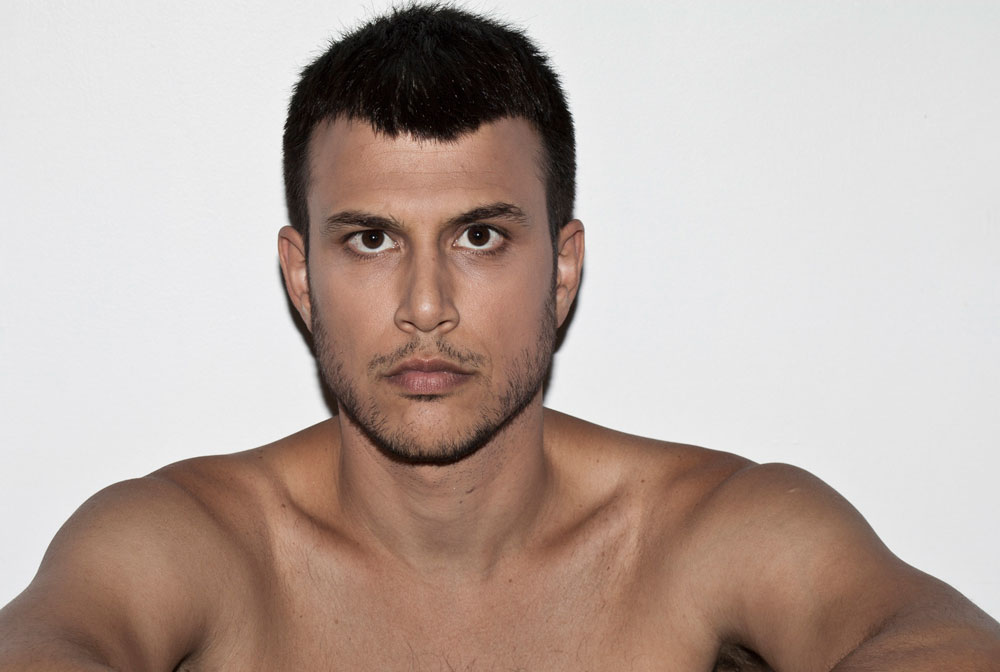