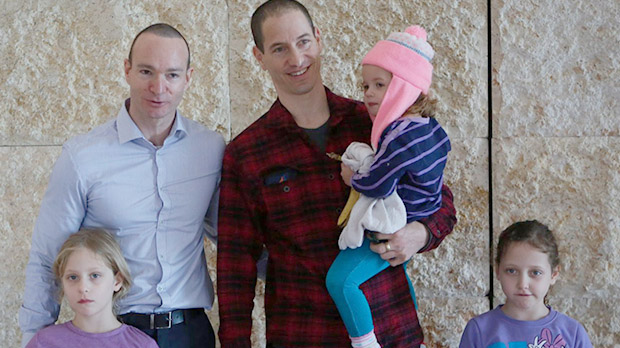 The High Court of Justice was set to issue its ruling Thursday morning on a petition demanding Israel permit single people and same-sex couples to arrange surrogate births in Israel. The ruling, however, was postponed by six months to allow lawmakers to follow through with new legislation that might render the petition obsolete, justices said. 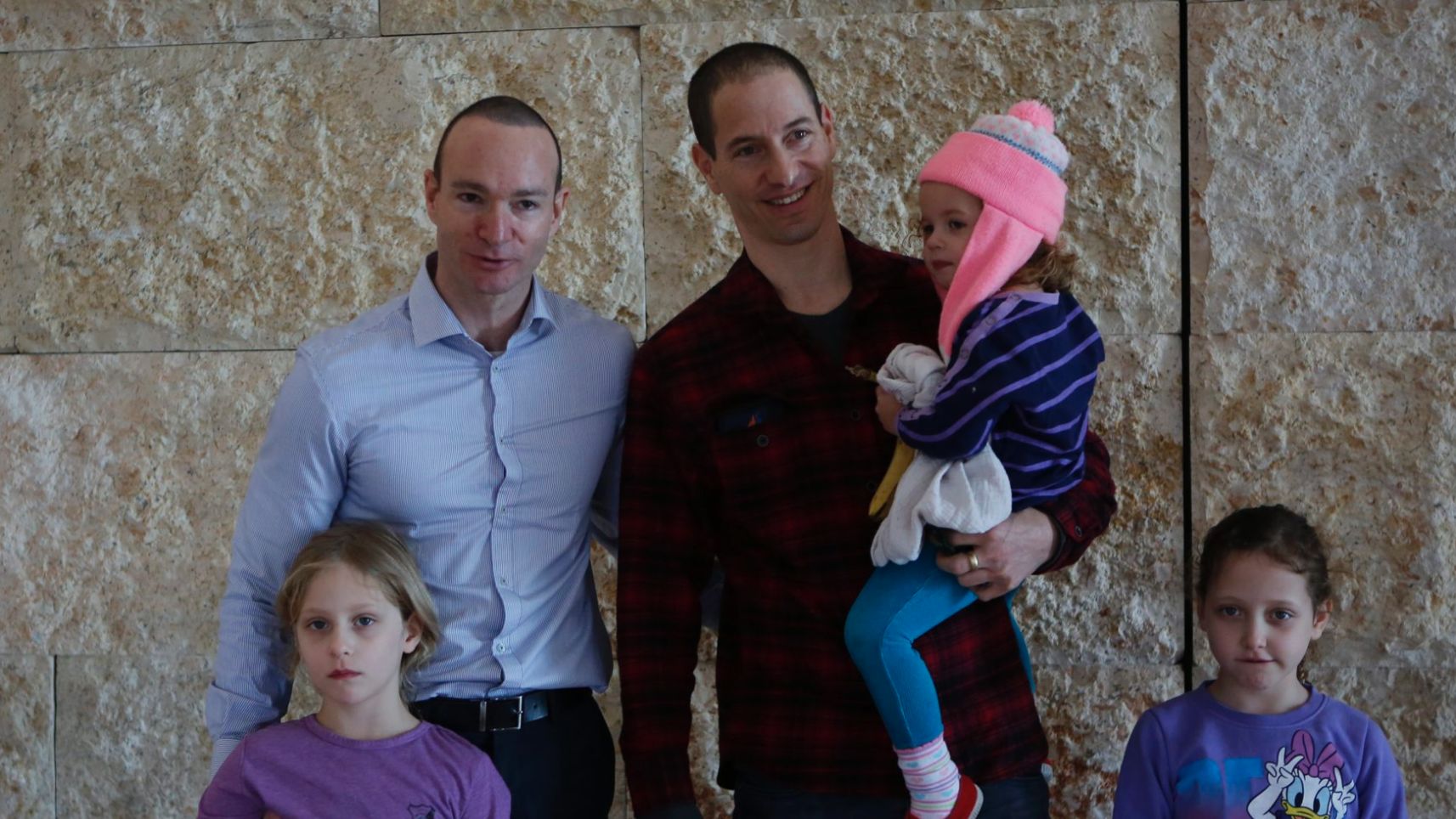 Itay and Yoav Arad-Pinkas with their children with their lawyer, in Jerusalem on Tuesday, January 10, 2017. The couple are now petitioning Israel’s top court seeking surrogacy rights (photo: Gil Cohen-Magen)

Deputy Court President Justice Salim Joubran chose to make the verdict his penultimate ruling ahead of his retirement, but decided to defer the ruling, pending the new legislation. Joubran however criticized Israeli law, which only allows surrogacy for heterosexual couples, and said the current state of affairs is discriminatory.

“The process of writing the ruling was at its height and we were on the cusp of reaching a decision,” he said, adding that in wake of an amendment to the relevant law passed in the Knesset some two weeks ago, the justices decided that “the time has not yet come for a final ruling.”

However, the amendment fails to address surrogacy for either gay couples or single men. Continue reading on Haaretz

Etai Pinkas: “Friends – something important happened today in the High Court of Justice. True, we did not receive a ruling that allows surrogates for LGBT people starting tomorrow morning, but the High Court, in a team of judges including the president, ruled for the first time in the history of Israel that the surrogacy law discriminates against us without any justification. When the court determines that there is discrimination, it is destined to be annulled, either through legislation in the Knesset or in a judicial decision. The High Court gave the Knesset six months to discuss the surrogacy law, and be certain that if in six months the law does not eliminate the discrimination – we’ll be back here, this time with a clear statement from today, anchored in a high court ruling. Raise your heads – we are angry at the ongoing discrimination, but we’re experts in long distance running, continuing to struggle and approach victory. We have no other choice.”