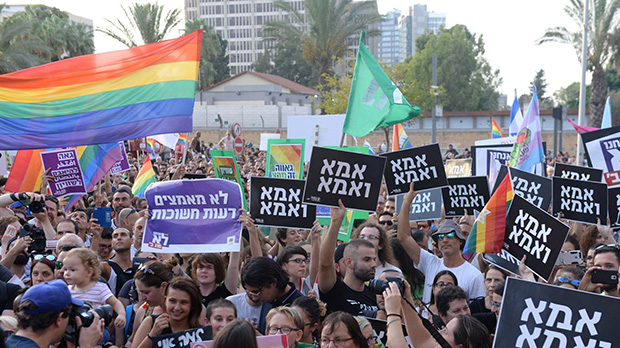 In a victory for same-sex parents, the High Court of Justice ruled on Wednesday that the Interior Ministry cannot refuse to write an adoptive parent’s name on a child’s birth certificate because of the parent’s sex.

The ruling came in an appeal by two gay men who jointly adopted a son. They attempted to procure a birth certificate from the Interior Ministry for the child, but ministry officials refused to write both the men’s names as the boy’s parents on the certificate, the Haaretz daily reported.

The couple, who filed their appeal together with The Aguda: The Israeli National LGBT Task Force, argued that the refusal to record both legal guardians in the certificate could hurt both parent and child in the future, as it would make simple administrative and legal actions that required proof of the parent-child relationship more difficult in the case of the unrecorded parent.

Chen Arieli, chair of Aguda, said the decision “pulls the rug out from under the state’s strange arguments whenever LGBT parenthood comes up. It’s time to end the illegitimate discrimination against us. We will continue to fight in the streets, in the courts and in the Knesset until we are no longer second-class citizens.”

Wednesday’s ruling is expected to influence two additional cases before the court, Haaretz reported. In one, a lesbian couple is appealing to force the Interior Ministry to have both women listed as parents on a birth certificate, for a child born to one of the women. In the other, a transgender man who assigned female at birth is asking the court to force the ministry to change his designation in his child’s birth certificate from “mother” to “father.”

“We’re happy that the court reminded the Interior Ministry of something that should have been self-evident — that parents are parents, no matter their sex, sexual orientation or gender,” the couple’s attorneys, Hagai Kalai and Daniella Yaakobi, said in a statement Wednesday.

Read the complete article in the Times of Israel.