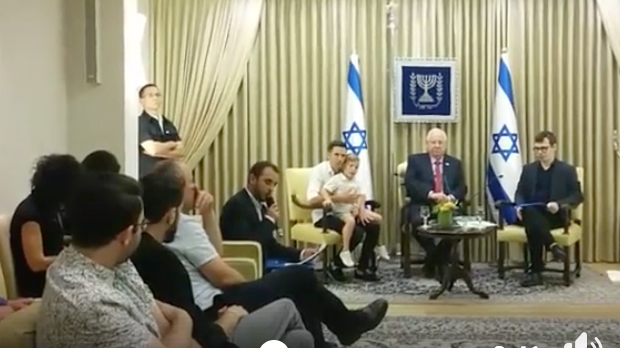 President Reuven Rivlin was one of the first public figures in Israel to accept members of the LGBT community as equals, saying that no one should be criticized for his or her sexual orientation. As Knesset speaker, he hosted the community annually, close to the date of the Gay Pride Parade and continued to do so as president of the State of Israel. 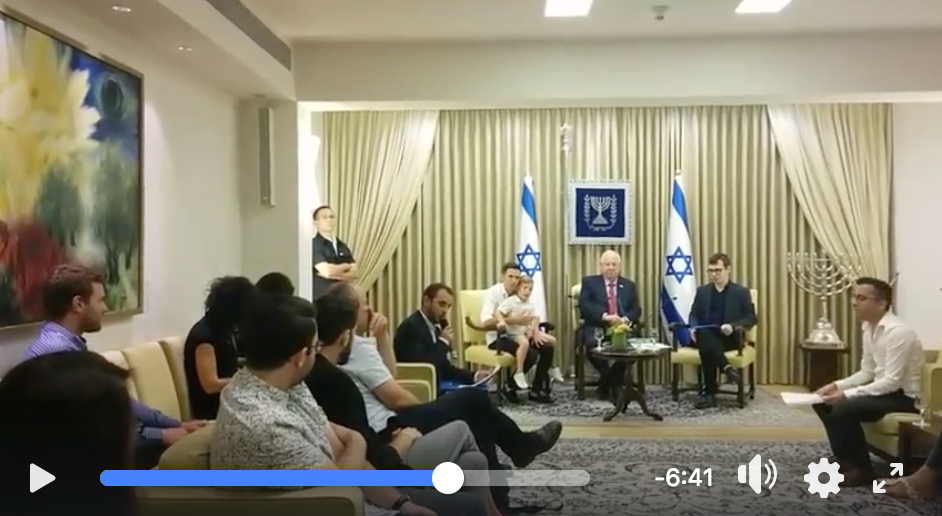 He did so again on Thursday at his official residence. The meeting was in memory of Shira Banki who was stabbed by a religious zealot while marching in the Jerusalem Gay Pride parade in 2015 in support of her friends, though she herself was heterosexual.

The meeting was also attended by Jerusalem Open House (JOH) representatives who ensure that members of the LGBT community have place to go where they feel comfortable, unashamed and safe.

Chairman of the Open House, Eran Globus, and the House’s CEO, Ofer Erez, also spoke at the event.

“On August 2, we will march under the theme of heritage of the veteran members of the community, who courageously paved the path for us and paid a tremendous price for it,” said Globus. “Those who if it wasn’t for them we wouldn’t be standing here beside you. We have to honor them and to celebrate them. Their achievements and the difficulties. Most of all – we have to make sure that they get to the promised land. To live in the State of Israel, where they are equal like every other human being. Where we can all live, not in spite of our differences, but because of them – a life of coexistence, in harmony and love. This is not a distant dream- this is a reality that we have the power to realize. ”

“In Jerusalem, I discovered a different community,” said Erez, “a community composed of all parts of the city, secular and religious, Christian, Muslim and Jews. I discovered an organization whose employees, volunteers and partners wake up day after day to hard work – to turn this city into a better one, a more tolerant one. To turn this city into a city where the Jerusalem Open House will be only one room in a much larger house – the house that is Jerusalem, where everyone is equal, where everyone belongs. This year we will march for the heritage of the community, a legacy built by pioneers. I think about these heroes, and I’m proud to put a spotlight on them here and through a month of events.”

This past year, President Rivlin’s niece Liat came out as a lesbian.