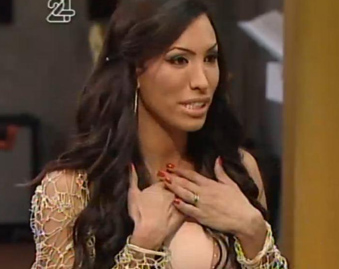 Watch Sabrin’s fantastic audition in the premiere episode of the all-girl Israeli singing competition ‘Eyal Golan Calls You’, which aired earlier today (Wednesday)  in Israel. It looks like it’s not an issue for the judges that she used to be a man. Sabrin was loved by the judges, who put her through to the next round.

‘Eyal Golan Calls You’ is a singing competition on the Music Channel in Israel, that is becoming even more popular than ‘Kochav Nolad’ ( the Israeli version of ‘American Idol’). Twelve female singers are trying to impress Mediterranean music king Eyal Golan, to become the next Israeli-Oriental singing superstar. The show, whose name is a take-off on one of Eyal’s biggest hits, ‘Calling You,’ is coming to its 3rd season and is broadcast on the Israeli music channel, Music 24, on Wednesdays and Saturdays.

Sabrin Bar, whose spicy character reminded the judges a little bit of Dana International, said it was a tough decision for her to decide to come to the show. “It’s because of my family, because of where I come from,” she tells the judges. 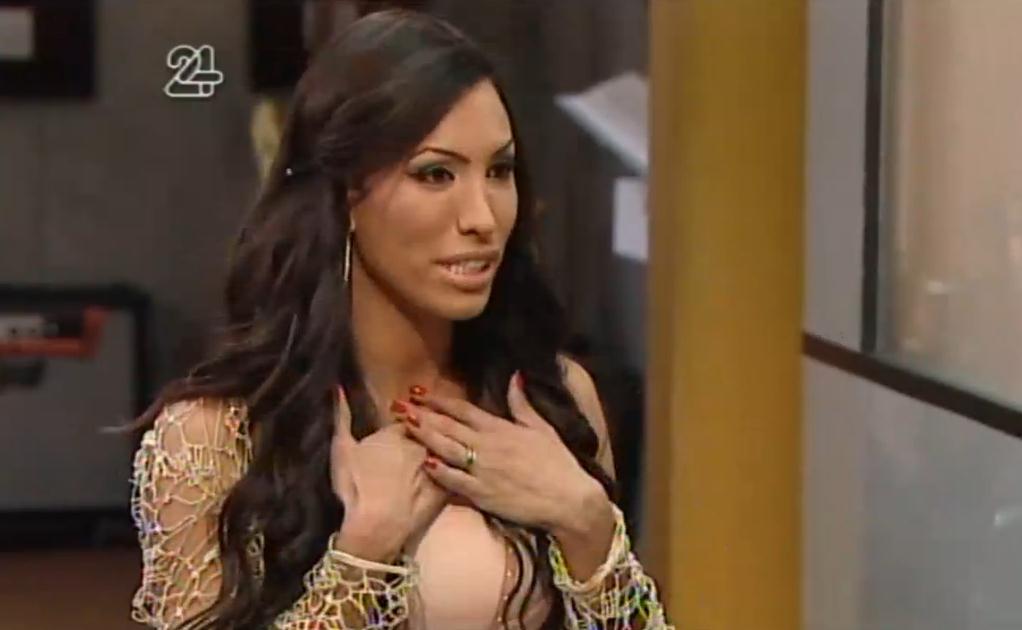 “In our community, they take it immediately to a place where they say that I’m making us look bad,” Sabrin said in the audition, “It doesn’t look bad,” said Gal Ochovsky, the only gay member of the judges’ panel.”You are so charming and it was a pleasure to have you here.”

At the moment, we don’t know a lot about Sabrin, except that she’s in her twenties and lives in Tel Aviv. Sabrin says that most of the time she’s confused with being an Arab, even though she’s not, because she loves Arab music so much.

In the audition, which you can watch below, Sabrin performed two songs: ‘Derech Hagoral’ (‘Way of Destiny’), from the “depressive”-Mediterranean genre, a genre that Sabrin says she’s the most related to. The other song was in Arabic, ‘Ma Bismahlack,’  which showed her ability to also perform an upbeat song. Sabrin is through to the next round that will be broadcasted on Saturday. We’ll keep an eye on her.