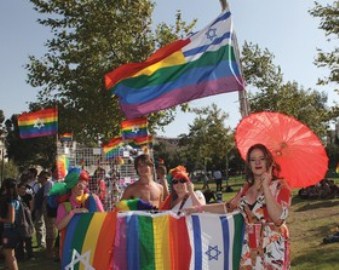 There is a true revolution in same-sex parenthood underway in Israel.

A series of ground-breaking legal achievements, led by New Family and other actors over a decade, have practically equated the parenting rights of same-sex couples to heterosexual couples, triggering a dramatic transformation of the legal and social reality in Israel.

Since the cancellation of the clause forbidding homosexual relations in Israel’s Penal Code in 1988, the courts and the attorney-general have liberally interpreted the law to equate the rights of same-sex spouses to those of heterosexuals.

The courts tend not to discriminate against gay couples in cases they hear, though this is strictly legal interpretation and no legal protections are enshrined in legislation. Legal precedents for the rights of same-sex couples in finance, employment, inheritance and military service have been stepping stones toward family equality in Israel.

Two ground-breaking legal precedents in adoption for same-sex couples paved the way for the revolution in same-sex parenting. In 2000, the High Court of Justice accepted the petition of Ruti and Nicole Berner-Kadish, and ordered the Interior Ministry to register both women as parents of the biological son of one of the partners, who had been legally adopted by the other partner in the US.

In 2005, the High Court of Justice granted another lesbian couple a mutual adoption order to make both women the legal parents of the other’s biological children. Those verdicts broke the proverbial legal dam, and since then, authorities have been inundated with requests by same-sex spouses to adopt children. New Family is representing many of those families.

The obsolete Adoption Law, which stated there is “no adoption other than by a man and his wife together,” underwent a radical reinterpretation when then-attorney-general Meni Mazuz approved then-welfare minister Isaac Herzog’s plan to allow same-sex couples to adopt a child not biologically related to either partner. This was a significant development, since prior to that decision, same-sex adoptions had only been allowed in cases in which one spouse requested to adopt their spouse’s child, or in registering two same-sex parents for children legally adopted abroad.

With that, the state finally recognized the legitimacy of same-sex parenting.

Threatened by these cracks in the legal barriers to same-sex family equality, Eli Yishai, the Interior Minister, cried out to the heavens. He declared Herzog’s plan to allow same-sex adoption “an insane idea meant to weaken the backbone of the Jewish people.”

Gay parenthood is not an Israeli invention. Same-sex couples around the world have been raising children for a generation. Countries like the US, Canada, Sweden and Holland have enshrined in law in some degree of legal equality for same-sex parents. But Israel is arguably a pioneer in family equality. What makes Israel, a country embroiled in bitter nationalist and religious conflicts, so conducive to gay parenthood? The answer lies in Judaism. Judaism’s diverse and sometimes conflicting interpretations religiously and culturally ground Israel’s same-sex family legal revolution.

The same religion that motivates some to hate homosexuality can also provide the religious tradition and moral justification for same-sex family life and parenthood.

THE FAILURE of religious fundamentalists is their choice to embrace the most intolerant elements of Jewish law while ignoring Judaism’s rich tradition of social justice and inclusion.

Religious opponents of same-sex parenthood should refer back to the Jewish sources, to the Bible’s repeated commandments to act justly and to live according to principles of equality.

Same-sex family equality is not “anti-Jewish running amok, uprooting the Jewish family,” as the Interior Minister once claimed, but recognition of the fact that the Jewish (and global) family has changed. Thank God.

The value of marriage and children are deeply rooted in Jewish tradition and a revered religious principle. I challenge those who oppose homosexuality on religious grounds to recognize that many committed homosexual and lesbian couples want to uphold the religious concept of matrimony and only seek recognition for their union by their state and their faith. I urge them to see same-sex parenthood not only a human right but also a fulfillment of the religious commandment, “Be fruitful and multiply.”

The right to have a recognized marriage or common-law union and to raise children should be seen as an inalienable human right that all people deserve and a civil right protected for people of all genders, faiths, nationalities or sexual orientations.

Not only do the rights of same-sex couples in Israel hang in the balance of the scales of justice, but the very character of the nation which strives to be democratic and enlightened.

The next step needed is an inclusive Basic Law on the family that enshrines in law the rights of all Israeli families.

Only an egalitarian and inclusive Basic Law will ensure that the needs of all Israeli families will prevail over the coalition agreements that oil our parliamentary democracy.

When the children of the revolution grow up, and become parents themselves, this will all be history. Democracies will no longer be able to reconcile the principles of equality under the law with blatant discrimination against same-sex couples in the most essential sphere of life, and the legitimate rights of gay couples will be enshrined in law.

Same-sex equality is an inevitable political evolution. Like slavery and segregation which were abolished by democracies, discrimination against same-sex couples will eventually be relegated to the dustbin of history.

Irit Rosenblum is the founder and executive director of New Family Organization.

Read the full story in The Jerusalem Post here.