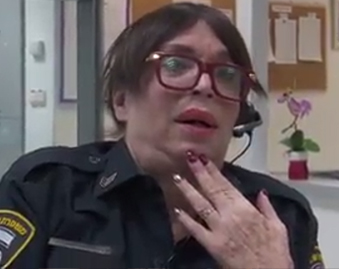 As a young and different teenage boy she was constantly chased by the Israeli Police. Decades later, Efrat Tilma made a trailblazing step, and turned into the first transgender woman on the police force. 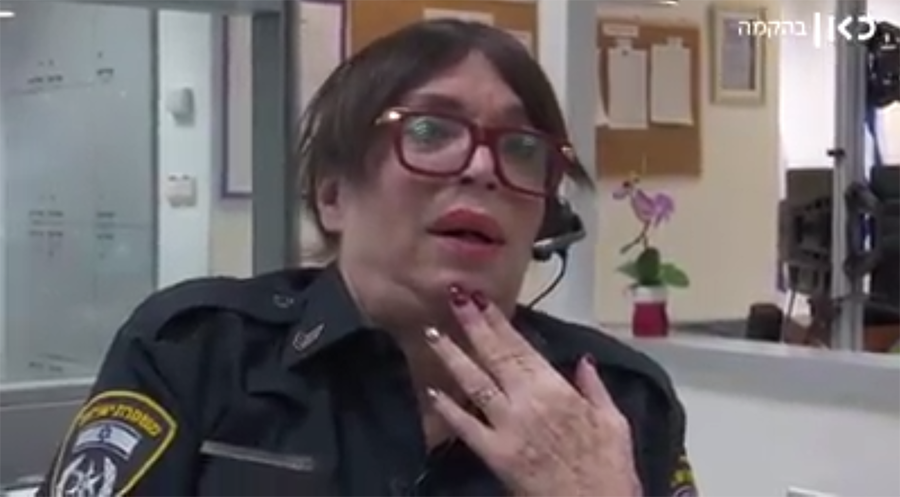 “Efrat has been with us for six years,” says Shlomi Shlezinger, commander of the Tel Aviv 100 (911) Unit. “The volunteers are an important layer here, and Efrat, in fact, leads them.”

As a teenager in the 1960s who grew up into a transgender woman, Efrat Tilma’s world was totally different. “The first time I was arrested was at Jaffa’s ‘open field’ area,” she recalls. “I found a ruined house with this corner that I could snuggle into and I slept there. One day suddenly a police car appeared, and told me I was arrested. I asked why, and [the policemen] said, ‘Because you hang out in here like this. You’re not allowed to wear women’s clothes.'”

Efrat recalled the first time she was thrown into a prison cell. “They threw me into a stinky old cell in the Jaffa station,” she says. “They warned me and told me [in masculine pronouns] ‘We will take you to your parents so they can see what you are doing.’ For me it was like someone wanted to chop my head off. I couldn’t take it.”

Efrat then called her grandmother, Magda Verner (Z”L). “I told her that I wanted to come and be with her in Germany. Then I earned the amount of money I needed and I left Israel.”

She moved to Berlin, where she lived for forty years. In her first few years in Germany she decided to take the brave step which she dreamt about.”I had the surgery when I was 19. Dr. [Georges] Burou was a French doctor who lived in Casablanca, and who did SRS until the end of the 1980s, because in Europe and generally in the whole world there was a ban on SRS. So with all the fear, I flew to Morocco, to the famous Dr. Burou. He made me a woman, a perfect woman.”

She moved back to Israel in 2005, and asked the Ministry of Immigration and Absorption to help her, and they did. “That same year the second Lebanon War started,” she recalls, “so I decided to volunteer. I opened the computer, Googled ‘volunteer,’ and suddenly, bang. ‘Israeli Police Seeks Volunteers.’

“The first time I put on the uniform I said to myself, ‘I’m on the other side now. I’m not the one who’s being chased, and I’m also not chasing anybody. I’m law enforcement.”

In the interview with her, Efrat says that during her 911 shifts she also answered a few calls from transgender women. “‘My boyfriend hit me.’ ‘Who are you?’ I understood from the voices that there was something here,” she said, describing one call. “Then she says, ‘but I’m transgender,’ and I say, ‘it’s okay, no problem, I’m also transgender, I’ll help you. And then she simply opened up to me, told me what was going on and how. I said to her ‘everything’s ok, don’t worry, I’m sending over a police car right now.'”

“Efrat worked in my Police Unit when I was Patrol Unit commander, she did a policemen’s work by all means,” says south Tel Aviv patrol commander Shachar Sharvit. “There are many [transgender] people from the other side of the street. Until I met Efrat I only knew the other side, the dark side, and I didn’t know that there’s a beautiful side to this that’s always existed. It’s so great and so beautiful to see it. When you treat them respectfully, then we, the police, benefit from this so much more.”

“I am proud to hear this,” Efrat says, “The things that he said really moved me. I feel like I made a change here.”