On Wednesday, October 31, A Wider Bridge’s 2018 Fall LGBTQ Mission Trip to Israel sat in the Knesset gallery as the opposition introduced the pro-LGBT surrogacy Bill, which was ultimately defeated.  The group witnessed an ugly episode as ultra-orthodox MK shouted out at MKs Yair Lapid and Yael German for championing the LGBTQ community.

AWB’s Quentin Hill remarked that “it was eye-opening to see how the parliament functions and to see that a small minority has the ability to stifle progress for the LGBTQ community even though there is broad support for equality in Israeli society.” 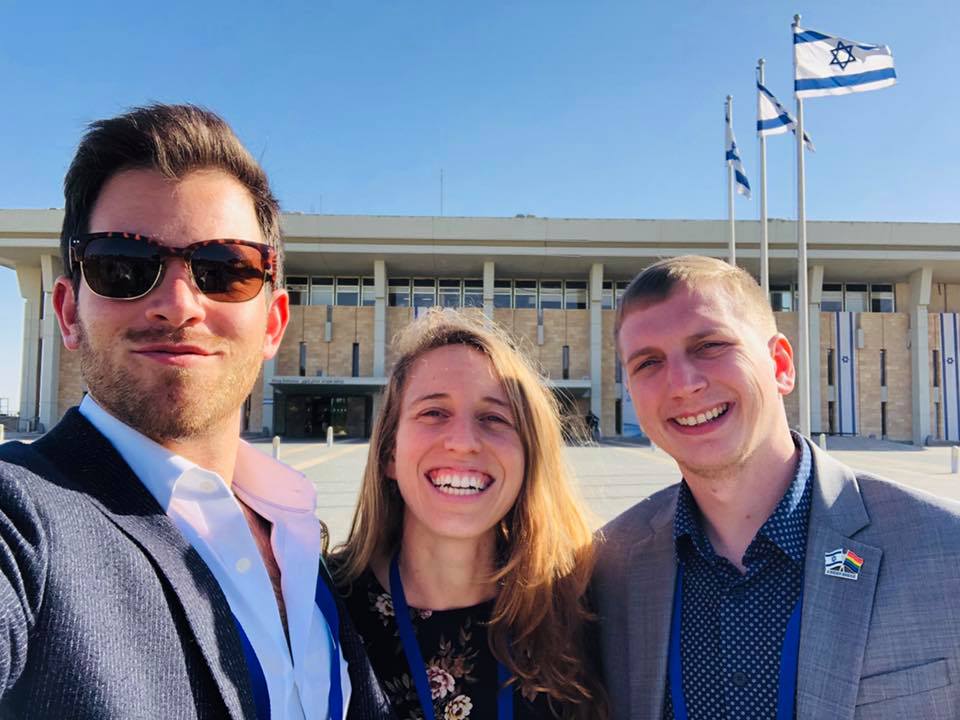 Earlier that day, AWB met with LGBTQ Taskforce lobbyist Oded Frid and MKs Amir Ohana and Meirav Michaeli, as part of the A Wider Bridge LGBTQ Mission Trip to Israel.  Ohana, an openly gay member of Netanyahu’s own Likud party, has been a vocal opponent of the anti-gay bill.

However, despite heated arguments from those in favor of granting surrogacy parenthood rights to gay men, Israel’s coalition government voted the bill down. It remains illegal for gay men to use the services of a surrogate parent in Israel.

“I support surrogacy for the LGBT community, but until this moment we do not have the majority in the coalition to pass the law. When we have the majority, we will pass the legislation,” Prime Minister Benjamin Netanyahu during Wednesday’s Knesset debate.

In a dramatic moment at the Knesset on Wednesday, Gill Hoffman from the Jerusalem Post reports that gay Zionist Union Knesset member Itzik Shmuli turned to Prime Minister Benjamin Netanyahu and asked him why his policies prevent him from becoming a father.

“Mr. Prime Minister, look me in the eye and tell me: Why can [Former Prime Minister Yitzhak Rabin’s assassin] Yigal Amir be a dad and I can’t?”

In his Facebook post responding to this loss of the gay surrogacy Bill, AWB’s Executive Director Tyler Gregory wrote, “Until our Israeli brothers and sisters are equal under the law, we fight on.”