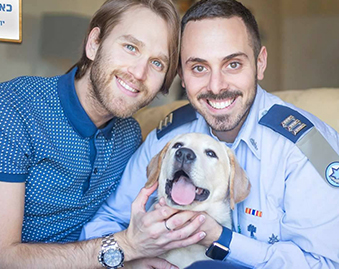 The Israel Air Force posted a Hebrew-language post on its official Facebook page on Sunday featuring a number of pictures of families of career members of the air force under the heading “living here happily.” Timed to mark Family Day in Israel, one of the pictures was of Capt. Adir Gabbai, a gay air force officer, along with his husband, Dean. 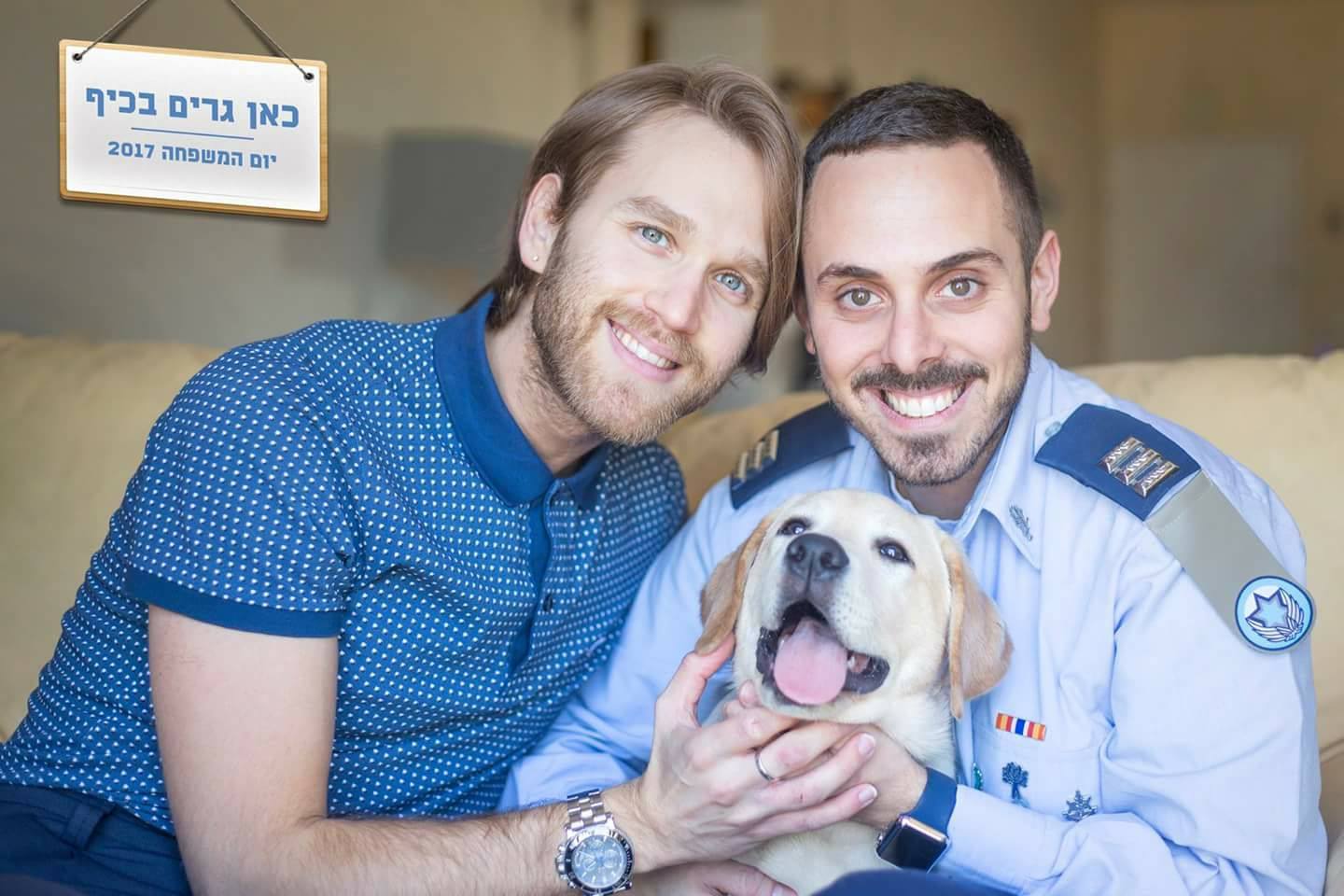 The couple met in the air force and have since married. “For them, the air force family will always be ‘the place where I met my family,'” the caption posted by the Israel Air Force’s new media staff reads.

The post prompted a mixed reaction, including some comments that expressed praise or stated that the air force should encourage openness and others that were critical, suggesting that the could should reserve their “right to privacy” and another asking why it would interest anyone and adding: “You’re the air force, not some party of crazy people!!!”

The air force responded as follows: “In honor of Family Day, we have chosen to carry out a project presenting all of the kinds of families that serve in the air force, including also same-sex families. From our standpoint, they are all equal and all of us are one big family. Wishing you a Happy Family Day and a wonderful week.” The air force’s response attracted well over 3,000 Facebook “likes.”