While many people look at Israel as a welcoming place for LGBTQ people based largely on a strong Pride Festival presence in Tel Aviv. However, this is not the case for all LGBTQ Jews, which is what two prominent Israeli activists are hoping to change on a tour stop next week at Shir Tikvah in Minneapolis. 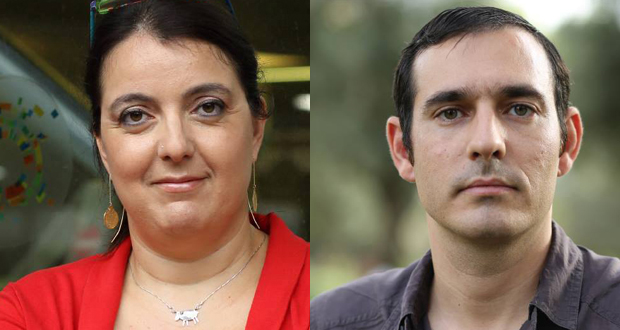 Daniel Jonas of Havruta, the gay men’s religious Israeli organization and Zehorit Sorek of Bat Kol, the LBT women’s religious Israeli organization) are in the U.S. with A Wider Bridge doing a series of events entitled “Refusing to Choose: LGBTQ and Orthodox In Israel.” The two are sharing their work of changing attitudes, fighting homophobia, ending conversion therapy, and cultivating flourishing LGBT religious communities throughout Israel.

“We’re trying to bring awareness and visibility,” Sorek said. “In 2010, when I came the first time to the U.S., I realized were dealing with same issue in both countries. We don’t need to reinvent the wheel. We need good answers and good projects to raise awareness. I usually say I’m a constructor, and I want to build a bridge. And A Wider Bridge wants to do the same thing.”

Laurie Grauer, the Midwest program manager for A Wider Bridge, said they are coming to Minnesota because of it’s history with LGBT rights and its strong Jewish community.

“The work of A Wider Bridge is to bring a message to understanding to the LGBT community in Israel in a more nuanced way,” she said. “LGBT communities are ultimately stronger together than being in own private corners.”