CNN brings the story of Micha Yehudi, a transgender religious man who serves in the Israeli amy and marched on Thursday at the Jerusalem Pride parade 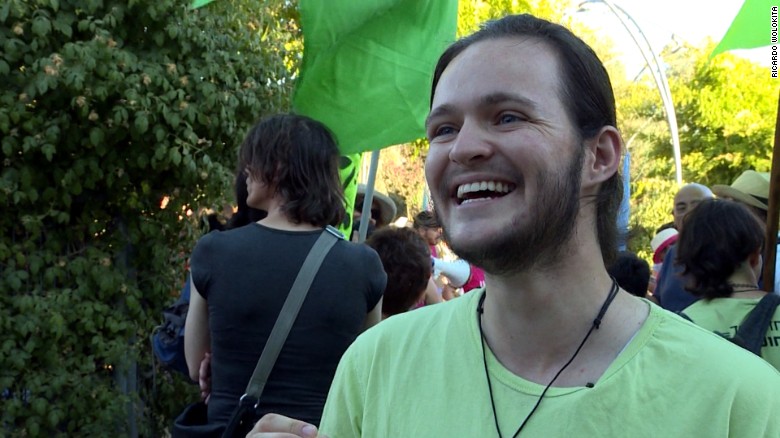 The 25-year-old Israeli soldier was working 18-hour days and couldn’t sleep at night. Instead he watched videos of women going through the processes of transitioning into men.

“I was in a very bad place emotionally and mentally,” Yehudi recalls. “I would watch these videos and watch these people become whole people and become happy in a way that I never imagined.”

Then one day, Yehudi had enough and went to his commanding officer. At first, the request to leave the army surprised his superior. Back then, the young female captain was known as a religiously observant Jew. The officer didn’t expect Yehudi to come out as transgender.

Former soldier Micha Yehudi says “If I’m not tough, I don’t know what I am.”

“I had never told anyone before, I barely told myself. I was terrified,” says Yehudi. “I cried during the interview from the moment the reaction came out of his mouth. He said, okay and that was it.”

Within a month and a half — what Yehudi calls light speed for Israel’s military — the army came up with a plan. The captain would retain his commission and the army would help with the transition by supplying medication and time off when needed.

“The protection I felt being in the army at the time. I don’t think I could have been in a safer environment,” Yehudi describes. “I was lucky enough as well because I had so much protection and support from my commanders, my friends and the soldiers under me.” Continue reading on CNN