Popular Israeli fashion and lifestyle magazine, Go!, published an interview with transgender TV star and activist Bell Agam, who spoke about turning from a confused teenage boy into a proud transgender woman, about her work for trans youth in Israel through IGY, and about her faith in G-d. Four and a half years ago, Bell began working with transgender girls in the framework of the organization IGY, Israel Gay Youth, an A Wider Bridge Israeli partner organization. Here are highlights from the article. 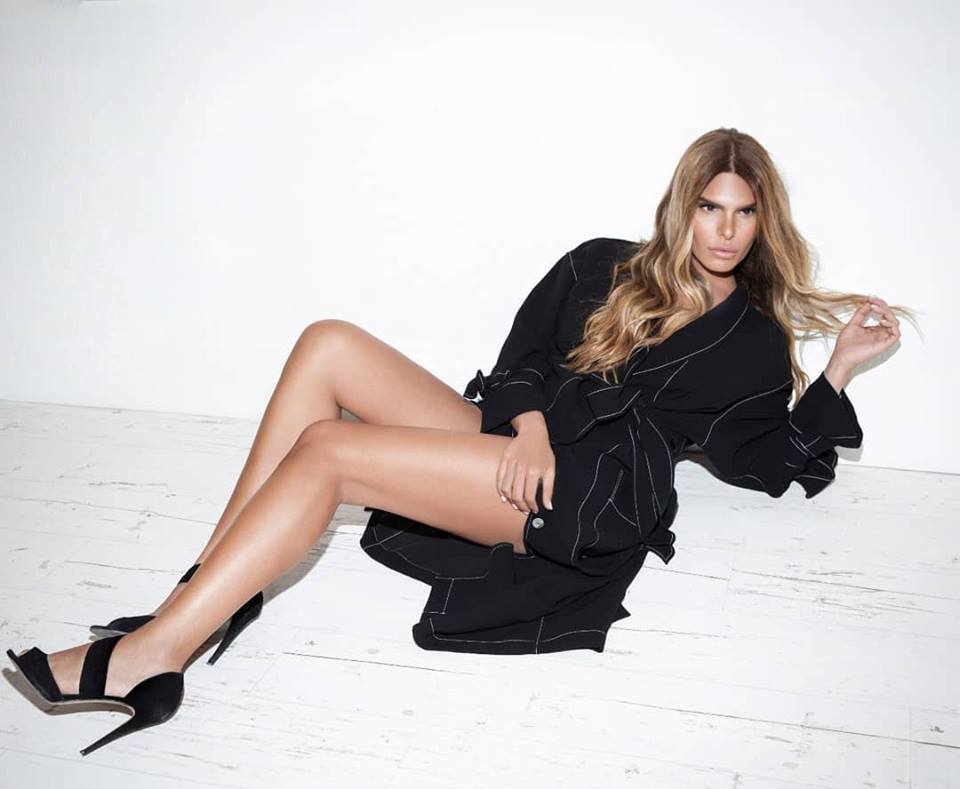 I meet Bell for the first time at the offices of Israel Gay Youth (IGY), where she has been spending her time.

“This place is like home to me, I guide transgender girls and work to promote their status in society,” Bell says proudly.  “I have coached about 100 girls to this day, these girls are the center of my life. There were days when I returned home and couldn’t stop crying from what I had heard. I was exposed to a life of terrible violence and solitude with which these girls are coping.”

“I also take part in the transition apartment program, which actually saves transgender girls from the streets, and they get the opportunity to live in an apartment of 10 [transgender] girls for a year. In addition, they receive money from the National Insurance Institute, the possibility of studies and integration and employment. It’s a dream in its early stages. My faith was so strong [to create this program] and the dream came true”.

Speaking of faith, how does it reconcile with your choice?
“I’m a believer. It’s possible that my belief is different than the usual, but I feel I belong to God like everyone else. People think that God sees and interoperates the way of living I chose as a sin. My God is a God of love, acceptance and tolerance. If God didn’t want me to be here, I would not be. My God wants us to be good people, people who give. God doesn’t deal with my identity, but with things beyond it. ”

Bell Agam was born 35 years ago (in the name Nissim Agami) in Holon to an average family of five, which includes a brother and a sister. 17 years later she transitioned from a boy to a girl. “The funny thing is,” she says, “that during my mother’s pregnancy with me she actually prayed for another daughter, and my sister, for her part, also prayed to have a sister. So if you ask who’s ‘to blame’ for this whole thing, it’s certainly not me,” she laughs.

Are you happy to be transgender?
“I would not want to have been born a woman,” Bell says at the beginning of the interview, “I really wouldn’t.”

Please explain.
“I wouldn’t in any way give up on the opportunity I was given as a transgender woman. This is an experience unlike any other. The process and journey that I’ve gone through shaped me and made me to be who I am today. I dare to say things about myself that others are afraid to say. I embrace where I am and live in a way that I believed in at a very young age, which is right for me. Because of who I am, I managed to created a very successful career, and I feel like I am a happy person, so why should I want another life?”

Your truth is not easy, certainly not 20 years ago, but also not today, in Israel of 2018.
“Yes, it ain’t simple, but it’s not the end of the world. I think that as soon as I realized this was who I was, I couldn’t live any other way. Fortunately, my close family, and especially my mother, who means the world to me, supported me from the beginning, and I had an easier time than the girls I meet during my activity at IGY. ”

When did you feel that something is burning in you, that you are not like all the other boys?
“At around 10 years old I started to feel confused. Especially during the holiday of Purim. These were the toughest days for me. My mother always invested in creating costumes for us, but these were always the costumes for boys like Zoro or Superman. Girls around me dressed mainly as princesses, and I envied them. It’s not that at 10 I already wanted to be a woman, but I understood that I had an attraction to my feminine side. ”

How do you tell about the feelings at a young age?
“When I was about 15 years old my mom started talking to me and said that she knew what I wanted to be and asked me to share it with her. The first sentence I said was, ‘I’m gay,’ but then I immediately corrected it and said, ‘I want to be a woman’ and burst out crying. My mom hugged me so strong and said to me, ‘no matter what you decide, I’m with you, I’ll do anything for your happiness. If you want to be a girl, from now on you’re my daughter.’

“I started to live my dream. I received the most significant acceptance and from that moment on nothing else mattered. I didn’t care what would people say, who would laugh, I didn’t care about the gossip and whether they accept me. When I returned home the next day, my mother greeted me with, ‘How are you, my beauty?’ (in a feminine pronoun)” and she handed me a bag with a girl’s clothes, including a bra.

“Our home quickly became a home for all my friends. They would arrive looking like boys with bags full of women’s clothes and sleep over every weekend. My mother sewed dresses and skirts for us, and on Friday evening after dinner we would get organized at my mother’s home, dress up as women and go out to party. We would come back home, take off our clothes and makeup, and they would come back to their homes as boys. ”

How did your father react?
“The connection with my father broke off at a very young age, when my parents got divorced, and he has nothing to do with the process I went through. The last time my father saw me I was still a young boy. Four years ago my sister gave birth and there was a family event. He stood there with my sister to greet the guests, so I went over to him, shook his hand, and he said to me: ‘Very nice to meet you, I’m Miri’s father, you are so pretty, do you know where you are sitting?’ To this day he doesn’t talk to me. I’m not angry at him, I understand that he just can’t. ”