They got married, had children, got divorced and then changed their gender. According to testimonies that reached Haaretz newspaper when the custody hearings began, social workers recommended taking the children away from transgender parents. The Welfare Ministry says there’s no guidance on the subject, and perhaps that’s the problem 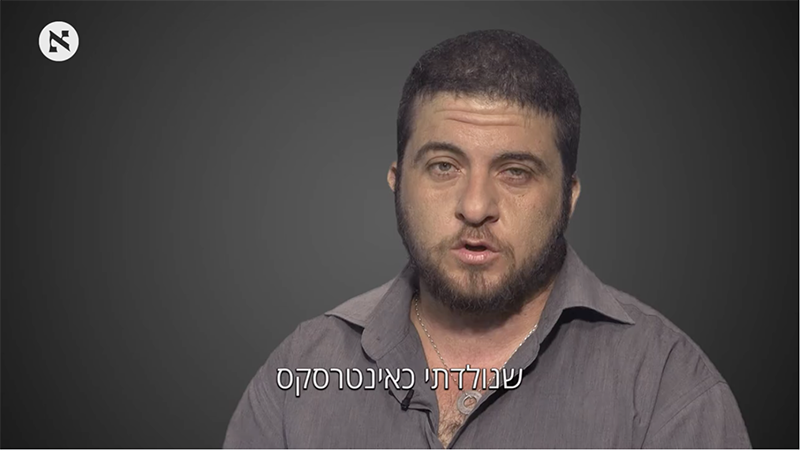 Haaretz has learned of 10 different cases of transgender parents who were prevented or had their relationship with their children limited by the social services because of their gender change. This was done by using various claims stemming from the gender change that the welfare services see as ‘detrimental to the best interests of the children.’ However, it appears to be just a partial estimate of the extent of the phenomenon, since the active organizations in the transgender community (including the Aguda, Maavarim and the Gila Project for transgender empowerment), as well as lawyers involved in the field, say that the numbers are much larger.

“My name is Erez. I’m 44
Until a few years ago society referred to me as a woman.
I got married and gave birth to my son.
Only at the age of 30 did I find out something that was kept from me all of my life.
That I was born Intersex.
Only after I went through a gender correction to fit to my real identity as a man, Welfare Services took my son, who was 10 at the time, out of the house and into an emergency center.
In a letter that was given to me it was claimed that one of the reasons why they took him was because ‘the mother has undergone a sex reassignment surgery.’
I don’t know why the social worker thinks that a change of gender is related to my capabilities as a parent.
Why did the change of gender turn me in one moment from a good parent to an unwanted parent?
Before the change it was written about me that I was a ‘devoted mother who works to satisfy the welfare of her son.’
But suddenly I turned into a parent who was not worthy of raising his own child.
A Welfare clerk told me to my face that she couldn’t stand the LGBT community.
That she can ‘put up with families of gays and lesbians’ but families of transgender parents are ‘just beyond the line.’
She told me that it’s a sickening phenomenon and that kids aren’t supposed to be born to such families.
They took my son and put him in an emergency center for three months, and only following a long trial, the court ordered the Welfare department to give me back partial custody.
To be a parent who goes through a sexual correction is not a disease.
We too deserve to raise our kids in a safe place without dark opinions.
We are good parents and we have the right to be parents.”