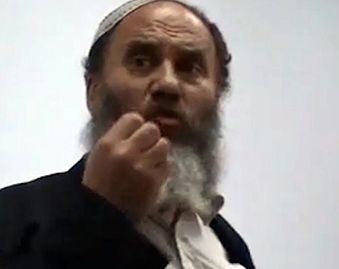 In a video that was published by Israeli news website (before the stabbing in Jerusalem), Israeli Orthodox Rabbi Ram Hacohen talks about the LGBT community as “a threat to Judaism.” 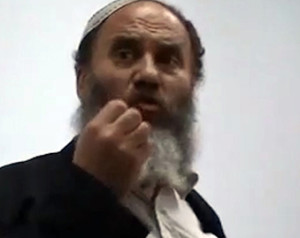 The homosexual issue is a threat to Judaism. This is what Rabbi Ram Hacohen of the religious community Athniel and head of the yeshiva in the community claims in a video posted by Israeli website Walla! News. In a conference of the organization “B’Kdusha”, entitled “sexual dialogue- openness and humility,” Rabbi Hacohen compared the “problems of gays and lesbians” to the problems of Judaism during the Enlightenment period. “Just like there were times when the Enlightenment threatened Judaism, today this really threatens” the rabbi said.

Hacohen, who is considered a prominent figure in religious Zionism, explained in his talk, which was documented by Walla!, that the issue of gay and lesbian people on the one hand increases the desire to listen, understand and try to find solutions, but on the other hand – the Torah instructs the prohibitions on the subject. “A rabbi can not do anything against the Torah,” the Rabbi said. “In the context of homosexuals – there will not be a rabbi in the world [who can agree to this], and if there is one, he’s not a rabbi. Nothing will help.”

Rabbi Hacohen added that it may seem as if there are more gays nowadays than in the past, and the reason, according to him, is a yearning for an identity. “I don’t think that today there are more gay people than ever, but because there is a desire for an identity in general, I see this as part of redemption. This very desire leads to an identity crisis among boys and girls,” he said. “The people who actually have this problem, and there are many of those, they are in indescribable distress.” The words of Rabbi Hacohen were first uncovered on the website of the organization “Kamocha” – a gay Orthodox Jews organization.

In response to the Walla! News report Hacohen said, “The headline that says that ‘gays and lesbians threaten Judaism’ never came out of my mouth, and I’m sorry for hurting dear people whose hurt was created by the distortion of my words. At the conference, which was held in closed doors, I talked about a pervasive and problematic part of the agenda of the community regarding Judaism. As a man of Jewish law, I am aware of both the Jewish law and the complex reality in which many people live with these tendencies. I don’t ignore the problem of that matter just as much as I don’t ignore its complexity. “