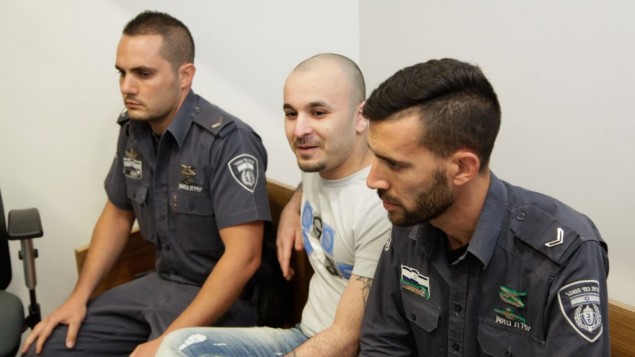 Tarlan Hankishayev (center), the former state witness in the 2009 shooting attack at the Bar Noar gay youth club in Tel Aviv , at the Tel Aviv District Court on May 20, 2015 (Roy Alima/Flash90)

Prison authorities decided Tuesday to allow a homosexual prisoner a conjugal visit with his male partner for the first time in Israel.

Tarlan Hankishayev, a former state’s witness jailed for fabricating evidence against a suspect in a deadly shooting at a Tel Aviv gay youth club in 2009, had had two requests for such a visit denied by the authorities on the grounds that there was insufficient proof that he and his partners were in a real relationship.