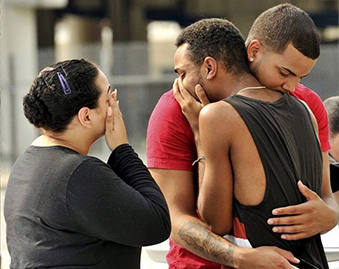 The LGBT Community in Israel was devastated to hear the news about the terror attack in a gay bar in Orlando. Throughout the past two days, vigils for the mass shooting were held in Jerusalem and Tel Aviv; community leaders and activists commented on social media and mourned the dead. 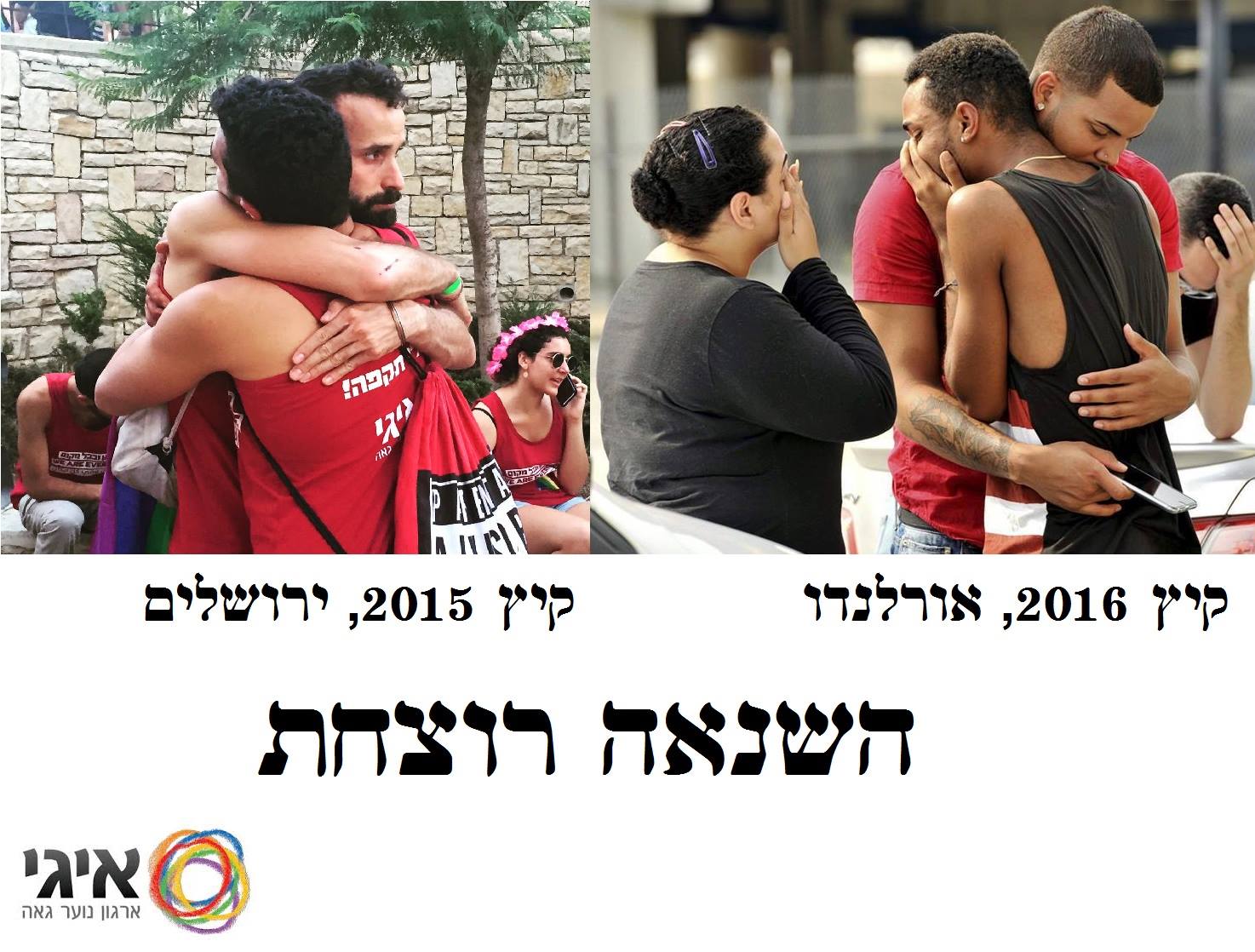 “I sit in my hotel in Manhattan and can’t get over what has happened in the last 24 hours,” writes Chen Arieli, co-CEO of the Aguda, Israeli National LGBT Task Force. “I just got back from the Stonewall bar where a solidarity rally with Orlando was held. Something in the combination between the place in which everything started and the horror of the past day left a shiver in me that never goes away, and might stay there forever.

“A lot of speeches and slogans came out,” continued Chen. “Connections to other communities, criticism of governments (including ours…), a discussion on uniting struggles, colors and voices, just like in our community.

“And I thought about [my partner] Halit Levi and about our love. And about how ridiculous and scary it is that this thing that is so pure has to continue to burn as a symbol for this struggle. The struggle for the right to love; for the right to live.

“And we will continue to love and live, because this is a struggle of so many brothers and sisters and we must understand that the turning point can be closer,” concluded Chen. “Love and love have many colors and hate murders.”

Dana International expressed her anger about the lack of action after terror attacks. “Should we get used to lighting colorful lights on buildings? That’s the response that the world has to offer after every terror attack?,” the singing superstar wrote. “From the French flag we moved to the community flag, but what’s the solution? Should we just prepare to light bulbs in every color?”

The LGBT caucus of the Yesh Atid party called on the Israeli government to learn from the attack in Orlando, which occurred several days after the attack in the Sarona market in Tel Aviv, and mentioned that a couple of weeks ago there was a discussion about LGBTphobia hate crimes in the Knesset that none of the members of the government showed up for: “We`re bowing our heads against the shocking murder of 50 innocent people in a LGBT dance club,” Yesh Atid members wrote. “Young men and women who wanted to hang out, dance and perhaps find love – died in this shocking massacre. We`ve read the newspapers and the journalists are trying to decide whether the motive comes from extreme religious ideologies or a hate crime, since they are all equal- this point should be emphasized: there is no difference between the two – Hate is hate is hate! Love is love and death is death !!”