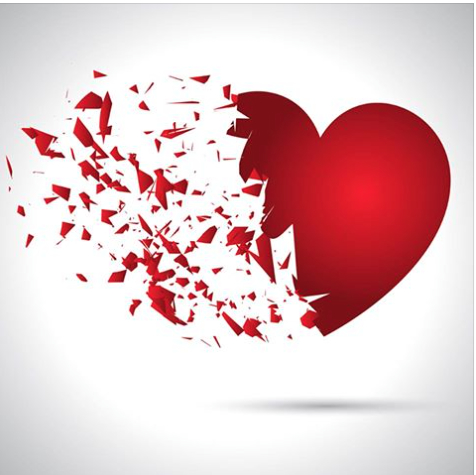 Itamar, 21, is a former yeshiva student and a current IDF soldier. In a sharp and moving column for organization Havruta, he shared the difficulties of his life outside the closet as a religious gay man facing rejections and having a hard time finding a relationship.

I have something to tell you: Don’t come out of the closet.

I mean, you can come out; don’t get me wrong. I’m all for coming out, telling everyone, feeling good about yourselves and everything. I also one of those who shared Rabbi Benny Lau’s post on social media when he wrote that being in the closet is death.

But please, do not come out thinking that from now on everything will magically become better.

You see, they want you to think it will get better.

In order to create a LGBT character outside the closet, one you would like to relate to, they had to build the picture-perfect story: a handsome, shy guy who just waits to come out of the closet and be immediately taken into a perfectly monogamous relationship, to fulfill his destiny. Get home.

He would raise a few children with his photogenic husband; both of them wearing small yarmulkes that are casually-but-elegantly placed on their heads. The story of both of them begins with a photogenic difficulty that will drive you to tears, and ends with joy and redemption.

The story doesn’t have to be about the perfect family, it can also be about the lonely boy who survived only to tell about depression that ended up in elation, breaking out, his own private Exodus.

Well, home is not at all close, and probably will not be in the near future as well. If you imagine a knight in shining armor, or at least a knight who is religious and who won’t sexually harass you before you even meet, don’t think you’ll find what you were looking for so quickly.

This, of course, excluding boys who look like the average Ali [pre-military] school students, you’re like hot cupcakes from the oven, you will not stay alone for more than a month when you come out. The above refers to ordinary boys, like me, average and simple.

Yesterday, 10 people rejected me on Grindr. Did you hear? 10!

And this is without counting the amount of messages of “we’re not a fit”, “not interested”, or just blocking me with no comment. From the bizarre side of sexuality, on the other hand, I’m really popular. There is not day goes by without getting messages from people who offer me (without or with money) to step on them, spit on them, humiliate them, and all these other pearls.

There’s nothing else to say, this situation sucks. And majority of messages I receive in dating apps are mass-sent ads. The last guy who was interested in me was twice my age, and had several children who could have been my friends. I wonder if one day I will be in a position to respond to such messages.

I want to go back to the 15 year-old me and tell him that the knight in thing armor is not waiting, the knight is only waiting for another second knight, or better yet, for the guy from the military preparatory program. Together, they will go to the spring and make themselves cups of coffee almost as masculine as the two of them. You will stay at home eating comfort food and watch another episode of Grey’s Anatomy.

This wouldn’t have prevented me from coming out. I vaguely remember the experience of a stressing closet because at the age of 16 I already identified in most circles in my life as gay, but at least this would have reduced the amount of disappointment.

Because a homo like myself, with a feminine voice and feminine hobbies and the whole package, came out of the closet before everyone else. And now I see them coming out too, in one masculine line, finding boyfriends in a dizzying pace while I keep talking to myself about queer identity.

And the disappointments are much worse now, because I thought that if I went out and tried and succeeded, it would have been good now. But it’s not always good, sometimes it’s even worse than before.

It is possible that I believe in the goal, in the way, in the vision. I may be going to Pride Parades, I belonged to IGY’s religious groups, I was reading Megilla in the LGBT Minyan. I may be wanting, fantasizing and aspiring to have a family together with a partner, so much that I define it as a goal. But it will not necessarily end this way.

Life is not necessarily nothing, life is apocalyptic, life does not give you your happy ending so quickly. Even if you have had a hard time in adolescence, even if you think you have moved out of Egypt to be out of the closet, that doesn’t mean that it will be easier later on. It means that the challenges will be different, and that now there will probably be more people around you who will understand your identity.

But the difficulty is always there, and it may not end in the near and the far future, and there is, still, loneliness.

Havruta, Religious Homosexuals in Israel, is the largest organization of Orthodox Jewish gay men. It provides a safe haven and actively works to inform and educate the religious public about LGBT issues in their communities.