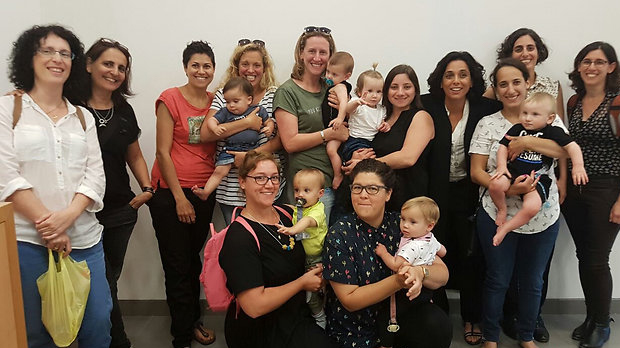 After years of frustrating struggle, a victory for the lesbian community: The Family Court in Petah Tikva ruled Sunday that the female partner of a woman who gives birth can be registered as a parent from the moment of birth. 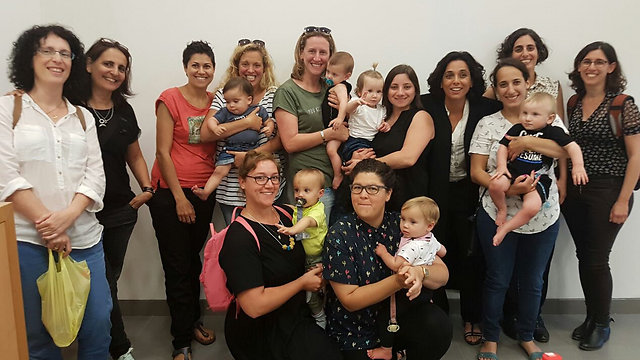 Some of the eight couples that won the initial case for same-sex rights, June 2017 (Photo: Smadar Benayoun)

Justice Yocheved Greenwald-Rand accepted Attorney Daniela Ya’akobi’s argument that recognition from the moment of birth would serve the best interest of the child since the two mothers would have the legal authority to carry out legal actions on behalf of the child, including authorizing medical care, from the beginning of the child’s life.

“Same-sex parent families are a common and blessed vision, and there is no room for making their lives more difficult … I find no justification for the state’s opposition … The difference between families belonging to the LGBT community and heterosexual families is not a ‘relevant difference’ that justifies the application of various procedures … Pregnancy is the result of a joint decision by the two women, who are expected to raise the baby together as two mothers in all respects,” stated Justice Greenwald-Rand.

One of the petitioners, Shelly Toporovsky, 32, who is currently pregnant, said that until the court’s decision she felt like a second-class citizen. “If you are a heterosexual couple in the hospital, the mother can simply declare who the father is, and they immediately register the baby with the Interior Minister (as his child—ed),” she said. “Now they will have to behave with us in the same way.