The District Court in Lod accepted Thursday the appeal of two moms on the subject of parenting orders, and ruled that a parenting order may be applied to the date of birth. 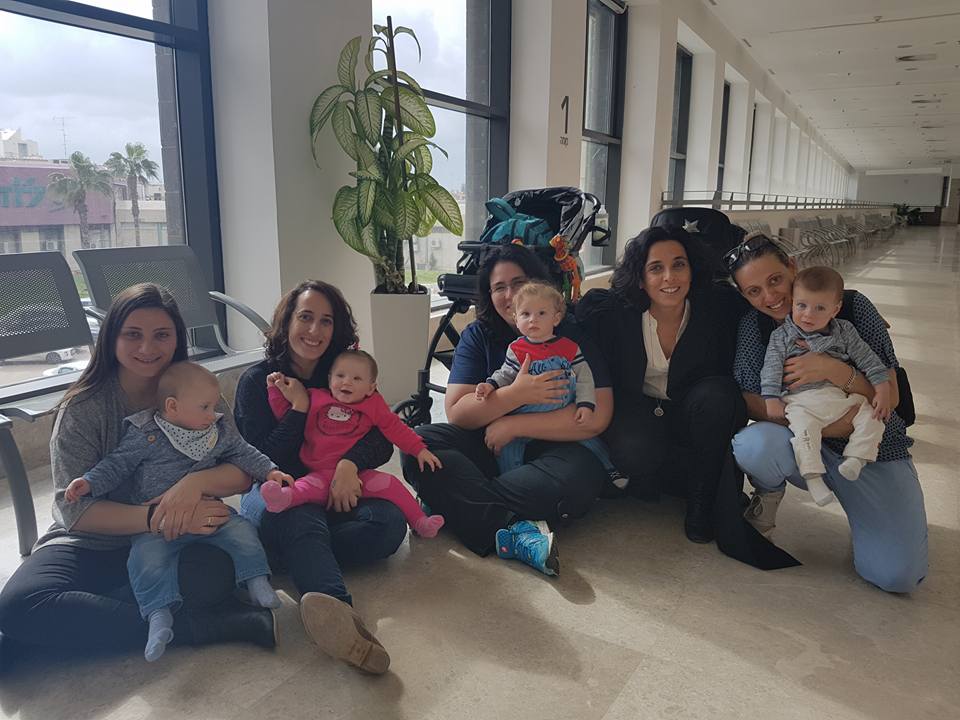 A Wider Bridge stands with LGBTQ families and applauds attorney Daniela Yaakobi and the four couples for taking the community another legal step forward toward full LGBT equality in Israel.

On Wednesday March 15, the first hearing of the appeals filed by the state against the decision of the Family Court was held, in which it was determined that the parenting order will apply from the date of birth. Another appeal was filed by mothers against the decision of Judge Idit Ben-Julian from the Family Court in Petach Tikvah, who ruled that the parenting order applies from the date of the order.

At the beginning of the hearing held in the District Court in Lod, the Court rejected the State’s position that it is not possible to issue a parenting order that applies from the date of birth to a non-biological mother.

A panel of three judges – Michal Barnett-ABD, Varda Plaut and Zvi Weizman- made it clear to the state that “the train has already left the station” and that the state must understand that families of two mothers are a fait accompli that cannot be stopped. Therefore there’s no reason not to issue a parenting order for the non-biological mother from the date of the birth.

The court also proposed that in the four cases that are the subject of this file, the parenting order will be issued from the date of birth.

The state requested and received 60 days to give its position to the court’s proposal.

“This is the most significant decision that has been made to date regarding the application of the parenting order,” said attorney Daniela Yaakobi, a partner in Osnat Naveh’s office and who represents the mothers. “Rulings and decisions of the district courts apply to the Family Courts. From the court’s proposal, it is clear that if the state objects to the court’s proposal, the court will be required to issue a ruling in the spirit of its proposal.”